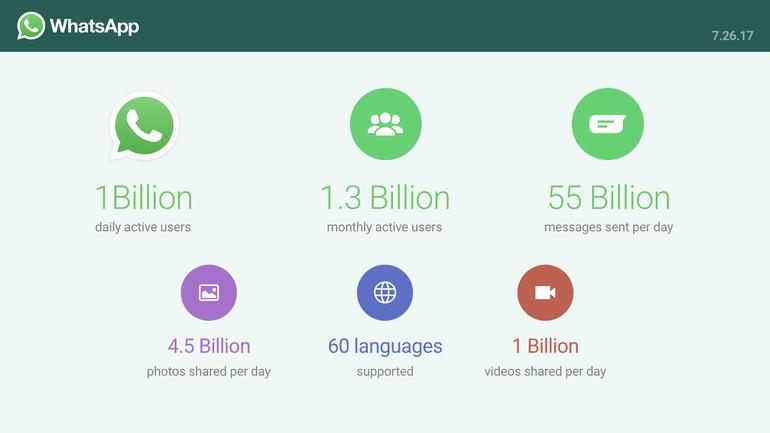 The eight-year old messaging app WhatsApp is now used by one billion people every day.

WhatsApp shared the daily active user numbers in a blogpost along with other metrics showing how people use the app, following the release of Facebook’s Q2 2017 earnings yesterday.

“Whether it’s sharing personalized photos and videos, connecting through video calling, or keeping friends updated throughout the day with Status, communicating on WhatsApp has never been easier or more personal,” WhatsApp said in the blog.

Facebook last month said it had reached two billion monthly users, and yesterday noted that as of June it had 1.32 billion daily users.

Asked yesterday by an analyst about WhatsApp’s revenue prospects compared to Messenger, Facebook’s CFO, David Wehner, said the company isn’t sharing detailed engagement figures by messaging platform, but noted differences in usage for each by region.

Zuckerberg said it was “still early on the monetization side” for WhatsApp.