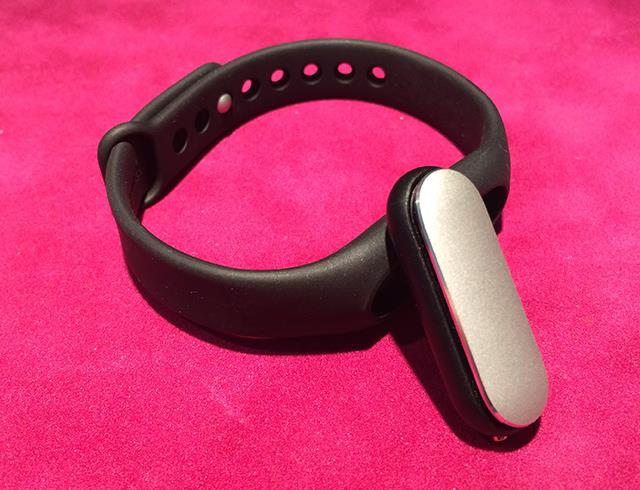 By now you should’ve heard about the International Data Corporation (IDC) Worldwide Quarterly Wearable Device Tracker‘s ranking of vendors by volume shipped. Fitbit is first, followed by Apple with the Apple Watch, and in third place we have Xiaomi the Chinese company that stormed into the fitness wearable market with their wildly successful Mi Band.  In November this year , Xiaomi announced the availability of a new and improved Mi Band 1S equipped with a heart rate sensor. I had the fitness tracker for a week and here’s what I have to say. The Mi Fit mobile app was installed on an iPhone 5S for this review.

Read on for details and more pictures of the Mi Band 1S device and mobile app screen captures.

The Mi Band 1S looks identical to the original Mi Band. The only physical difference, other than a negligible change in physical size, is the inclusion of a heart rate sensor.

The Mi Band 1S fitness tracker is removable so that signals changeable strap options. There are 3 LEDs on the face of the tracker that flashes white. 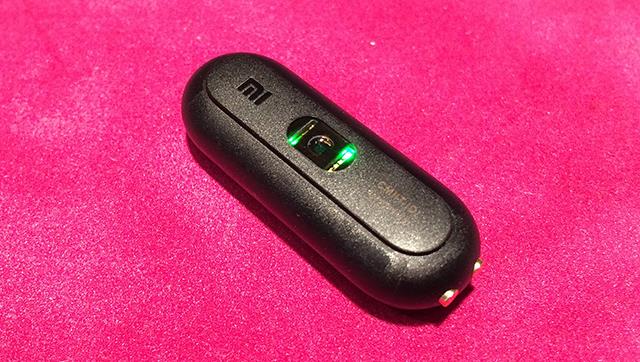 The single heart rate sensor at the back of the Mi Band 1S does not feature a protruded design nor a light seal, so the only way to ensure a good measurement is to strap up tight. 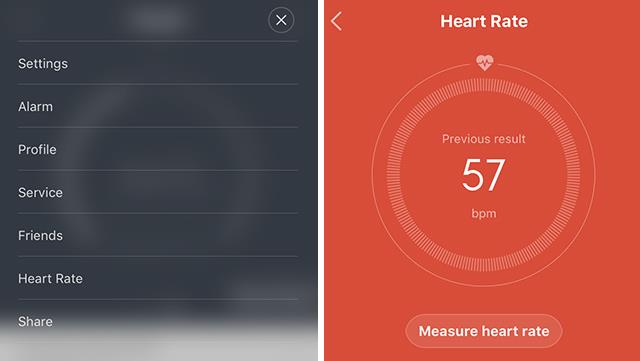 The Mi Band 1S tracks steps, distance, calories and heart rate on demand; it cannot be used to measure continuous heart rate during exercise. I can almost hear the sigh of disappointment from you guys. Bear in mind that the Mi Band 1S is retailing for only $15-20 USD depending on where you manage to get one. 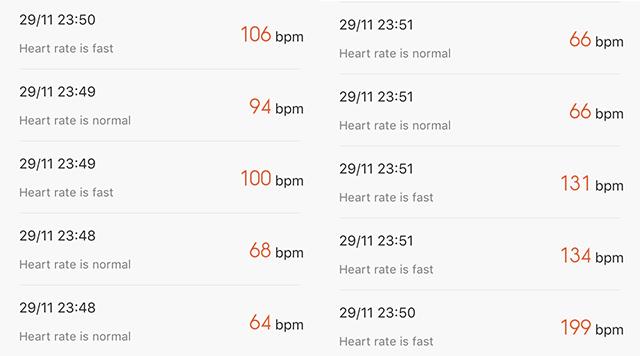 As for the accuracy of the optical heart rate sensors, I’m sitting on the fence for this one. I read my resting heart rate while sitting down multiple times per minute over 3 minutes and the results were wildly inconsistent for now; enough to warrant concern. My resting heart rate could be 55 before jumping to 199 while seated and taking readings one after another.

I had to take the readings again after a hardware update and it was slightly more consistent. Frankly I saw no need to do a comparison with a chest strap heart rate monitor. 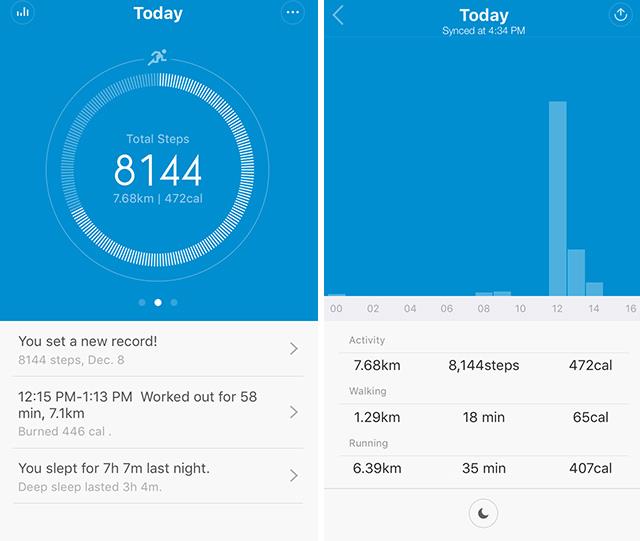 The Mi Band 1S was able to automatically track whether the user is running or sleeping. It correctly tracked sleep for me and was able to identify my running sessions.

The mobile app display focuses on 3 aspect of health and fitness; steps, sleep and weight. 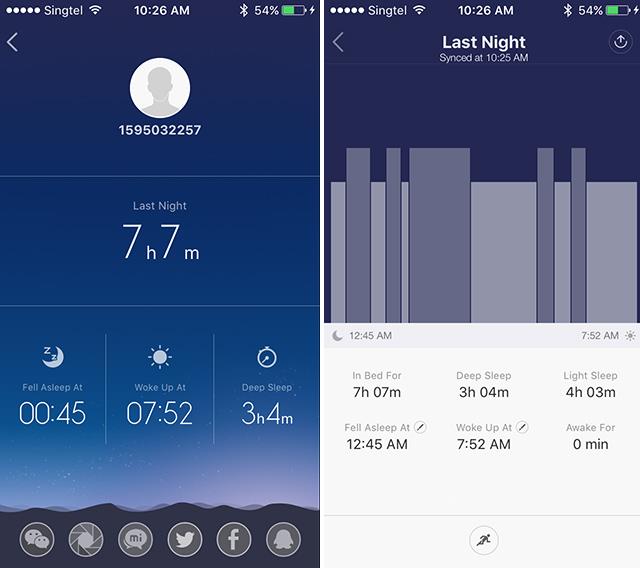 Step count and sleep can be viewed by days, weeks or months. The weight chart is viewed as a plotted graph over time. You can edit some aspects of the tracked stats such as sleep and manually key in the weight for the day. 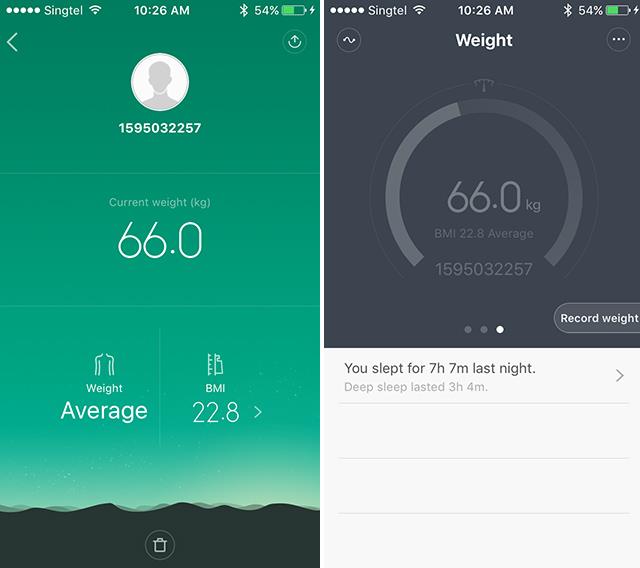 In terms of daily activity tracking, the data presentation is concise; your tracked stats is presented in a graphical form that allows some form of sharing using some social media platforms. 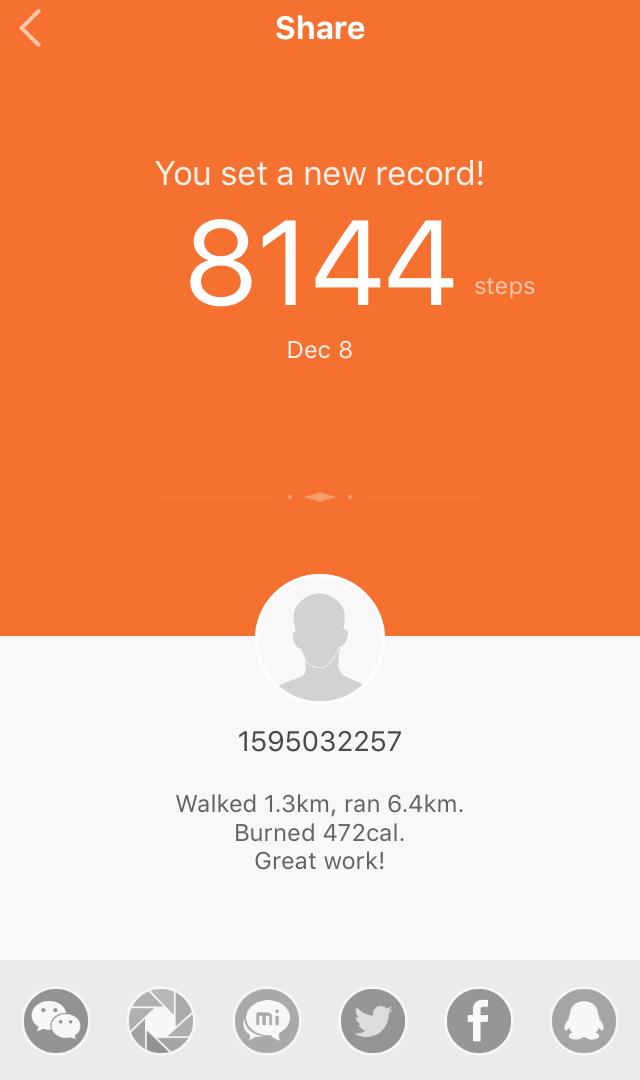 You don’t get advices or analysis of the tracked stats but you do receive some form of “recognition” when you set certain records.

You can set alarms to wake up to or the duration which incoming calls will buzz the Mi Band 1S. Battery life is amazing at about 30 days on a single charge. The reason is pretty obvious, the only form of smart notification is incoming calls. Heart rate is measured on demand or during sleep; the latter will sap battery life quicker.

The mobile platform is compatible with Google Fit and Apple Health and allows some avenue for social sharing. While that might seem limited, both health platforms are compatible with Under Armour Record which is in turn compatible with a multitude of 3rd party apps. It  takes a little getting around but your choices are far from limited.

If you do misplace your band, you can also find it from your mobile device through the “”Locate Band” function.

By including a heart rate sensor, the Mi Band 1S is giving the current crop of entry trackers such as Fitbit Charge, Jawbone UP2 and even Garmin’s Vivofit 2 a good challenge. The Mi Band 1S contains the essentials of activity tracking and is peppered with features usually found in high end devices such as activity identification during running and incoming call vibrations.

In Singapore, I’m noticing an increasing number of people wearing the first generation Xiaomi Mi Band fitness tracker. The marginal increase in price between the original Mi Band and the new Mi Band 1S should give current users considerable impetus to swap up and new users to buy in.

I managed to purchase my unit of Mi Band 1S off Aliexpress for this review. The Xiaomi Mi Band 1S is retailing at 99 CNY or the equivalent of about $15 USD. You can also get it off Amazon.com