I’ve noticed something when talking to friends about messaging. If they’re not from Asia (yes, technically I live in Asia, but Israel is not Asian in that sense) they don’t get what stickers are all about. Why would they really? In the United States, and I believe Europe as well, stickers are more or less irrelevant. I would venture to guess that most Americans think stickers are just fancy emoticons. 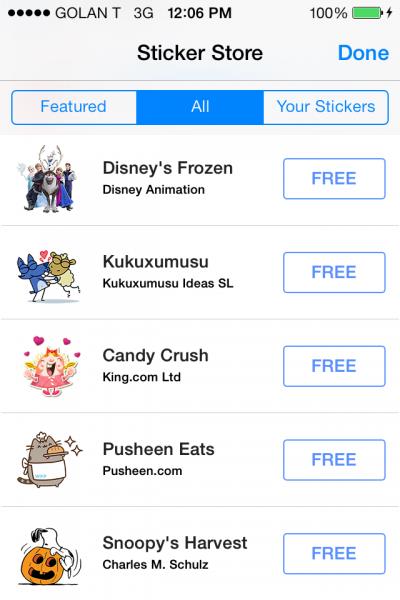 Facebook added stickers to it’s messenger app, but although it’s called the ‘Sticker Store’ it appears they’re all free. Perhaps this is a first step towards commercialization in the future, but I think if you get something for free you don’t really appreciate it, and in this case it probably means most Facebook users ignore this feature. It’s also, as I mentioned, viewed as just bigger emoticon.

Viber, which just sold a couple of days ago for $900M to the Japanese e-commerce company Rakuten, implemented a sticker store as its first monetization strategy, followed by connecting calls to the traditional phone network.

The question is for a feature that most people in the US hardly understand, or rather misunderstand, how is it such an important money-maker in other parts of the world? For the most part, it is a cultural difference. In the US, people like cute things like Hello Kitty, and perhaps buy Hello Kitty backpacks for their daughter in first grade. For the most part, however, Americans don’t OBSESS over Hello Kitty. In fact I would say that in general Americans aren’t really into cute at all, at least not as adults. Every country has a different cultural view of cute marketing. In Asian countries, especially Japan, it is a major force. Perhaps just slightly less so in countries like China and South Korea. It’s no surprise then that stickers, which are for the most part super-cute, have found a market in Asia, and in the Asian-origin messaging applications like WeChat, KakaoTalk, LINE and the Rakuten-purchased Viber. It’s also possible that stickers took off in Asia first due to the difficulty in typing in their native languages on cell phones. Inserting an animated sticker can convey a person’s emotions or feelings quickly that would take a lot of work to send via text. 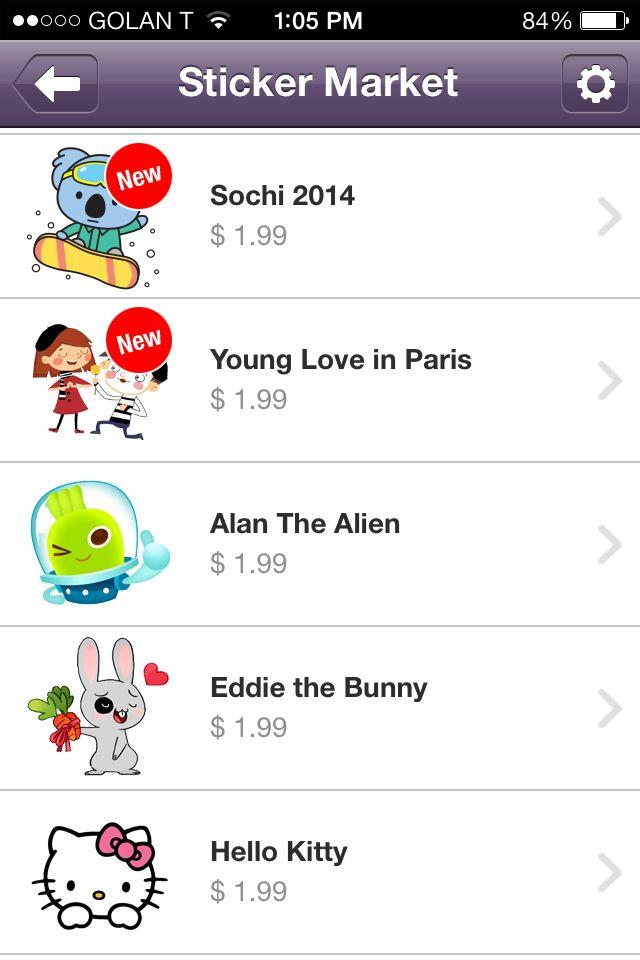 So if you come from a culture where cute is paramount, and then selling cute makes sense. The next leap, however, is a little harder for people not used to it to understand. Watch the video above. It’s a television commercial for LINE (a Japanese messaging company), broadcast in the Philippines. Do you notice the difference between how they’re using stickers in the commercial as opposed to how you may have used a emoticon in the US? Emoticons are usually punctuation. They end the conversation. Perhaps there’s a little back and forth with them, but it’s usually short and at the end of the conversation. In the commercial above, the stickers ARE the conversation.

Imagine for a moment that you had to converse using pictographs only. Chances are you’d want a lot of pictographs to choose from, right? Actually, pictograph isn’t strictly speaking the correct word. A pictograph is an image that represents a word or words. Many stickers would be better described as representing emotions, not words. In addition, stickers are frequently animated. So if you had to communicate using stickers, you’d probably want a lot to choose from, which would explain the estimated half billion dollar market that currently exists for stickers.

Will that number go up or down? Right now Facebook is offering brand-name stickers from companies like Disney and Dreamworks for free. Are they receiving funding from those media companies, or are they eating the cost? How does that effect the ability of companies like LINE and Viber to charge for sticker packs? What if Rakuten starts giving away sticker packs to try to hurt LINE’s revenue stream as they start implementing their e-commerce revenue streams into Viber? It’s an interesting market, with a lot of disruption coming in the near future.