One of the perennial problems with starting from scratch is simply getting your creation in front of actual eyeballs. Sure there is the internet and YouTube, but anyone will tell you that just because anyone can see your work doesn’t mean that anyone will see your work. Communication software maker Viber has created a character called Violet and today, we’re going to look at how she does get in front of real eyeballs and how it’s possible to build an audience for animated content from that. 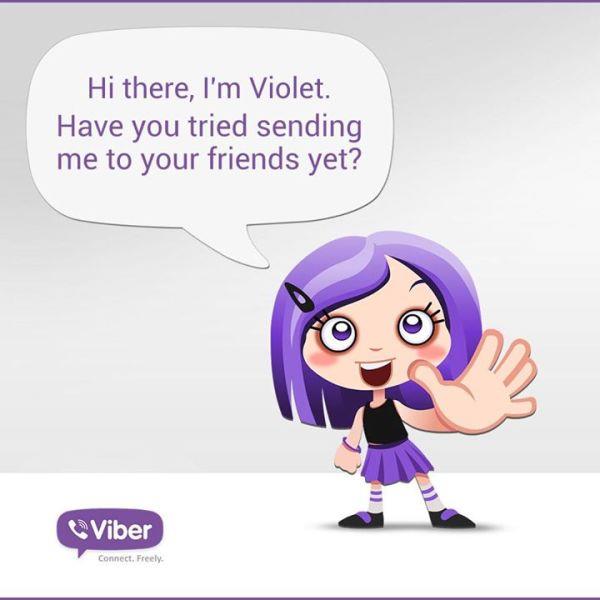 Violet is a character created for a specific purpose. Her company, Viber, creates the eponymous software that is very similar to Skype but has a chat function more in the vein of SMS than IM.

As part of that, they offer a series of ‘stickers’ that users can use (or buy) for their chats, much the same as this: 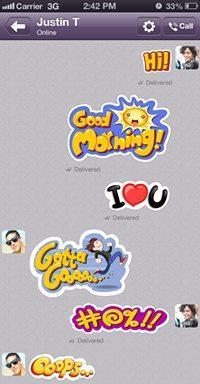 Since it’s difficult to express emotions with gussied-up words, the company came up with a character to use for precisely this purpose. Hence, Violet was born.

Violet’s Significance From The Audience Perspective

While Violet is just a static character at the moment, the fact that she was created to portray emotions makes her a potential candidate to be animated. Why you ask? Well isn’t that what animated characters do; portray emotions? 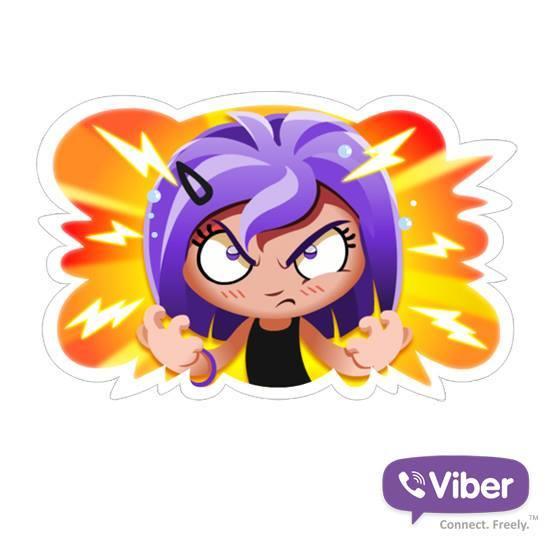 In Violet’s case, when used within the Viber program, she acts as a surrogate for the user. However, she is perfectly capable of acting for herself in an animated capacity too, if she were allowed to do so.

So why is all this significant from an audience perspective, well to come back to the first paragraph, it’s all about getting things in front of eyeballs. With about 200 million users around the world, that’s a LOT of potential viewers for anything short of the World Cup.

Furthermore, the audience is ready-made. How much marketing do you think would have to be spent in order to acquire an audience of 200 million? A heck of a lot, that’s what.

Violet’s Advantage Over Other Characters

We haven’t even touched on the most striking aspect of the whole thing yet. As a communication tool, Viber specialises in connecting people, and, as we all know, when we communicate with people we know, we are more likely to trust them. If Viber users are sending Violet back and forth between them, that builds not only recognition, but also familiarity. That familiarity breeds upon the real-world relationships of Viber users, and in turn, makes Violet a part of their lives in a real and meaningful way.

Achieving such a place has been the goal of marketers for decades with Disney being the king of them all. People are devoted to Disney utterly and completely and some even base their entire lives upon the marketed message of Uncle Walt and his animated friends.

That isn’t to say that Violet needs to acquire that level of notoriety, but rather that moving from static character to animated one is a move that will be much easier for her than for a character attempting it from the one-way path of the TV screen.

If you think this is a pipe dream, then you’re sadly mistaken. Rovio has already done it with their Angry Birds franchise. Moving beyond the game proved to be quite easy when you have not only a billion users, but also the foresight to distribute the show within the same app. Bingo: instant success guaranteed with a feature film merely a formality.

Why Violet Would Crush Angry Birds

The rather bold statement you see above isn’t as pie-in-the-sky as you might expect. Yes, the Angry Birds have been a huge success, but as characters they are nowhere close to being as complete as they need to be. Someone like Violet is a character that can be identified with and related to in an almost effortless way.

She is human after all, and she also comes with a group of friends: 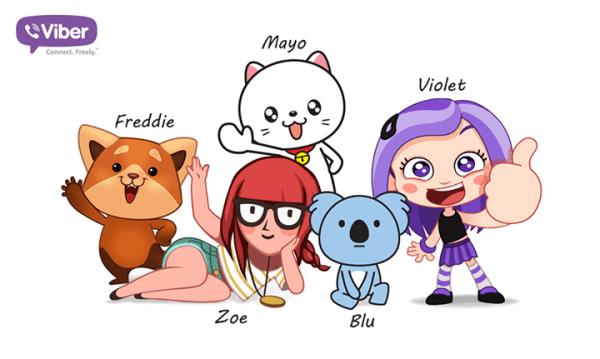 Poof. There’s a show right there. Fleshing out character details should be fairly easy for a simple reason: Viber could (if they wanted to) use metrics to see how users view Violet as a character prior to creating anything animated. If she’s, say, a primarily mischievous girl, they could use that data and play to its strengths.

The Chicken and the Egg Dilemma

As great an idea as all this sounds, there remains a dilemma. For creators, which should come first; the character, or the tool to build the audience? In other words, should the character be simply attached to the tool, or should the tool dictate the form of the character?

In Violet’s case it is the latter, but thankfully a communications service is ambiguous by default and the character must be flexible in order to adequately cope with their role.

There is no ideal format, and whether the app or character comes first would have to be decided on a case by case basis and in light of how the audience is going to be acquired. In Violet’s case, the Viber service is the driver of audience numbers, but in many Disney app’s case, it is the characters that drive the programs and what they offer.

The Form Could An Animated Violet Show Take

As a digital and internet-based creation, an animated show featuring Violet could follow what Rovio did for Angry Birds and release a series of web episodes to start. If they prove to be reasonably popular, moving beyond that into longer episodes would be an easy step.

One of the key goals for any series should be to support the fanbase that pops up. That shouldn’t be too hard given the success of other animated web series such as Bravest Warriors. Simply put, fans can help guide further development of the series and create widespread awareness of the show. Again, it helps that Violet is human in that regard; 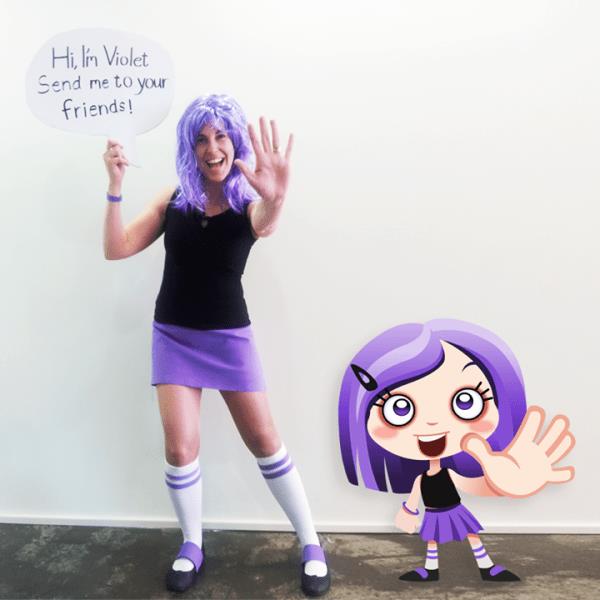 In the end, Violet could be a really successful character, and all because she was created to help sell stickers in a computer program!

Add-0n: Viber have released a proto-animated video to promote the release of Violet stickers: