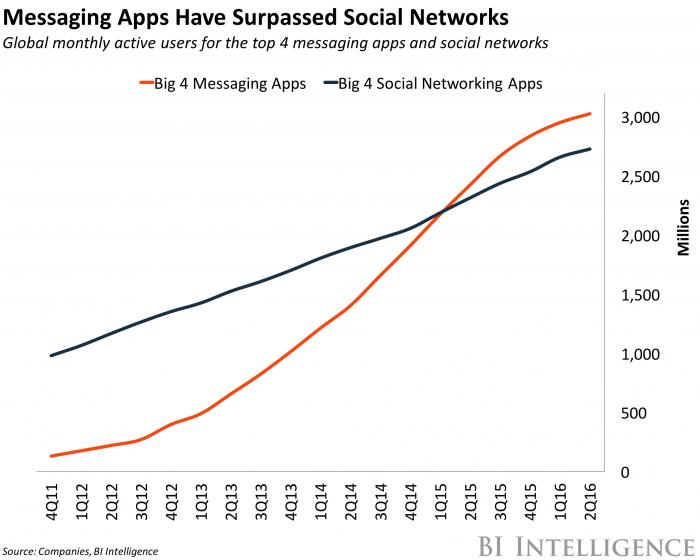 Viber will begin presenting users with items for sale based on their conversations within the chat app, the company announced Thursday.

Users will be able to access the new feature from March 6. And while in-app payment features are planned, for the moment, users will be redirected to the brand’s app or mobile website to purchase items. The move is indicative of the ongoing trend of messaging apps becoming platforms.

Adding more utility could help Viber become more competitive against Facebook-owned behemoths WhatsApp and Messenger. WhatsApp is the most popular messaging app in 96 countries around the world, and Messenger is the favorite in 53, according to SimilarWeb. Viber, on the other hand, claims just eight countries.

Given that chat apps are an increasingly important point of engagement for brands and businesses, Viber’s move makes sense. Earlier this month, Viber CEO Djamel Agaoua detailed plans on making Viber a one-stop-shop for all users’ internet needs, ranging from e-commerce, to banking, to restaurant booking. Agaoua says that messaging apps’ engagement rates position them to become the new mobile OS.

However, chat apps face an uphill battle as telecom regulations, particularly in Europe, could be expanded to include them. This could limit the amount of data these services collect on users, as well as require chat apps to include more rigorous and transparent policies concerning their collection, and use, of user data.

These numbers have caught the attention of a wide range of businesses, publishers among them. News industry leaders including the Wall Street Journal, The Economist, and the BBC are establishing a presence on a number of chat apps in an effort to be out front and build an audience on the latest platforms where people are consuming content. These early adopters are experimenting to learn which chat apps work for their audience and how they can leverage chat for the distribution of digital content, including articles, images, surveys, and video.

BI Intelligence, Business Insider’s premium research service, has compiled a detailed report on messaging apps for publishers that looks at the appeal of these apps and how they’re becoming a dominant platform for media consumption. It compares the leading chat platforms, including WhatsApp, WeChat, Facebook’s Messenger, and Viber, and what features publishers should know about when thinking about how they might leverage these properties. It also looks at strategies for content distribution across chat apps and finally spotlights some of the challenges that publishers may encounter as they begin to dip their toes into content distribution via messaging apps.

Here are some of the key takeaways: