Nokia had announced three new Android based handsets in the low end segment, namely the Nokia X, Nokia X+ and Nokia XL at the Mobile World Congress (MWC 2014). These phones come with Nokia Store and will have lots of popular apps at launch. Viber, the leading mobile communications platform offering free messaging and HD-quality phone calls, announced today an exclusive partnership with Nokia, providing Nokia X device users with a version of Viber that is at parity with Viber’s latest version for Android. The Nokia X version will be available immediately in the Nokia Store. 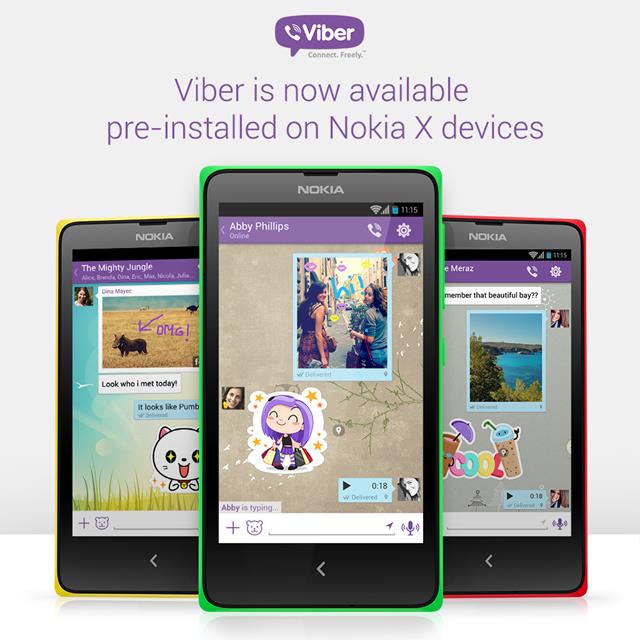 “This strategic partnership will help us provide Nokia users with a great messaging and calling experience enhanced with photo sharing, stickers and other Viber functionality. Working with Nokia is a natural step towards bringing Viber to all platforms including Windows Phone and S40, providing users with the complete Viber experience.”

The partnership, together with Viber’s broad support for multiple platforms, is certain to help expand Viber’s presence in the Nokia market, bringing Viber functionality to Nokia users. The app is available to demo at MWC 2014 (Mobile World Congress 2014) in Barcelona on Nokia X devices. This is a really good move for Nokia as it will strengthen the app market as Viber is one important app.