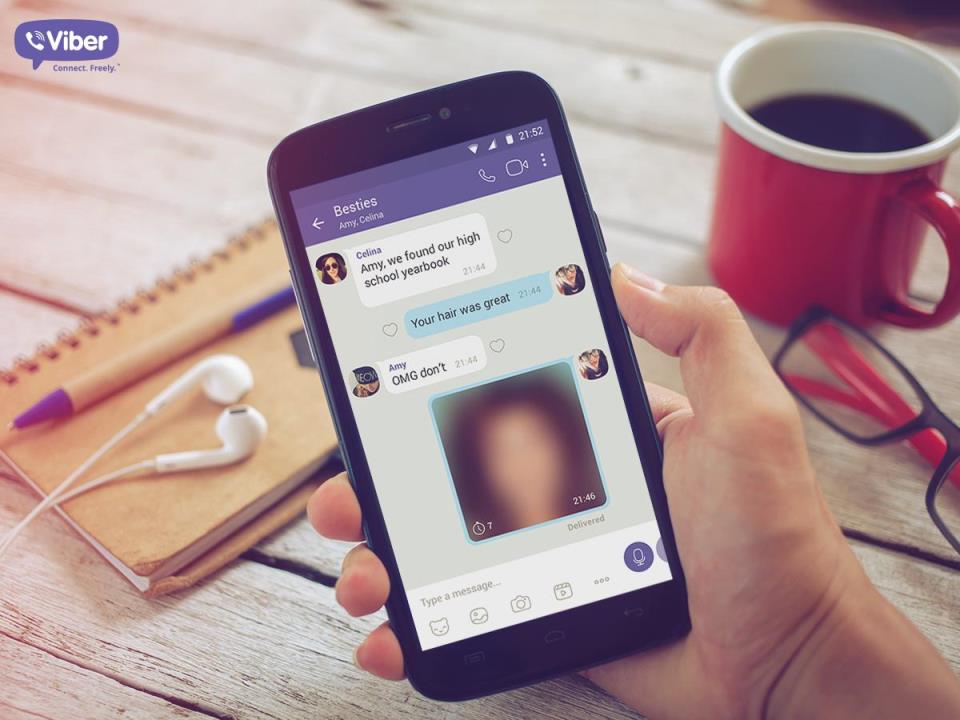 Messaging service Viber today announced it is launching a new Secret Messages feature along with other improvements. Viber 6.6 for iOS now lets you send photos and videos that self-destruct after they’ve been seen. The app now supports iOS 10’s rich notifications letting you press a Viber alert with 3D Touch to see the contents of your chats. You can send media as files and create short video messages, too, in the latest edition of Viber for iPhone.

With Secret Messages, you tell the app how long photos, videos and chats sent as Secret Messages are available after the recipient has opened them before they vanish automatically. On the sender’s end, a trace is left behind as an indication of when it was sent.

“Some things are meant to be seen once and then never again. When you send a secret message, it can be viewed exactly one time and, maybe more importantly, it can’t be shown to anyone else afterward,” writes Viber.

To learn more about this feature, check out Viber’s support document.

You can now create short 30-second instant video messages in Viber by tapping and holding a new instant video icon, then release to send. This feature was previously available to a small subset of Viber’s installed base.

And should you need to send photos and videos in their original size and quality, you can now do so by choosing to send media as files which will prompt Viber to skip transcoding.

In response to President Trump’s immigration ban, Viber recently announced that all calls to landline or mobile phone numbers from the United States to one of the countries affected by the ban are now free.

Grab Viber at no charge from App Store.