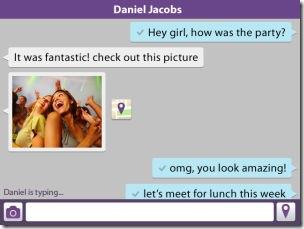 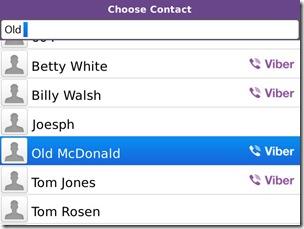 Viber is hugely popular internationally and they have been working on a BlackBerry client for awhile now. They just let us know this morning that they have released the first public beta of their BlackBerry client. Keep in mind that this beta initially only offers Viber Messaging which allows you to send text and picture messages. Here is how they describe it:

Both Viber for BlackBerry Beta and Viber for Windows Phone 7 Beta initially offer Viber Messaging, allowing users to exchange text and high-quality photo messages and share locations with other Viber users. Viber seamlessly integrates with the devices’ interface, instantly identifying existing contacts who already have Viber installed so users do not need to go through a “friend request” process. The full release for both platforms, including Viber’s signature HD-quality free voice calling, will be released as soon as it meets Viber’s quality standards.

In other words we have to wait for voice calling. I am just hoping they are ready at launch for BlackBerry 10 support! Viber for BlackBerry Beta runs on BlackBerrys with OS 5.0+ and you can get it in App World or directly or get redirected from Viber at www.viber.com/blackberry.