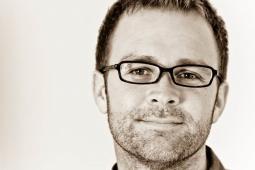 Things are about to start heating up in the messaging-app space in the U.S.

Messaging apps like WeChat have been wildly popular overseas, but the U.S. has lagged behind in terms of users.

But Viber is trying to change that and has enlisted several agencies to help it grow, including Droga5 for creative, Laundry Service for social media, Essence for media and Allison & Partners for PR. The team of agencies will help the app launch its first marketing in the U.S. where it hopes to attract users in an increasingly crowded space. Viber has never used agencies in the U.S. before, and has only used a couple of shops overseas since it was founded in Tel Aviv four and a half years ago.

“When I was looking for agency partners, I knew they had to be culturally relevant and have good cultural connections to youth,” said Scott Nelson, head of Viber North America. He added that a big campaign will start in the fall, though social work by Laundry Service will be debuting in the coming weeks. The majority of the media will be digital and social. 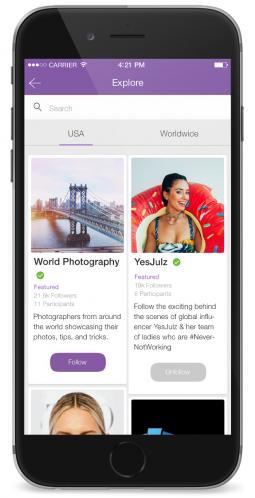 Viber offers free text messaging, voice calls and video, but it also has a robust sticker market, Viber games and Public Chats, which is its version of a social network. Viber, like competitors WhatsApp, WeChat and even Facebook Messenger, are all racing to add services.

“We are shaping up to be less of an app and more of a lifestyle portal,” said Mr. Nelson. “When it comes to Viber, there is still a lot of interest because people don’t know too much about it, even though we’ve been around for a while.”

Essentially, Viber is looking to expand to become more of a platform, siimilar to its competitors, said Julie Ask, VP and principal analyst at Forrester.

“It’s an arms race to see who gets there faster,” Ms. Ask said, adding that the race to become the biggest platform in the messaging space is driven by the need to have a user base large enough to attract developers, who will ultimately add even more services to the offering. And all of that will attract advertisers. For an app like Viber to become attractive to developers, Ms. Ask said it would generally need several hundred million active users, and Viber is “probably on the brink of that.”

Globally, Viber says it has about 600 million unique users, though the company doesn’t break out how active those users are. Ms. Ask described Viber as “middle of the pack” in terms of the size of its user base.

According to Forrester, Facebook Messenger is the No. 1 messaging app in the U.S., in terms of the percent of smartphone owners opening the app at least once per month. Google Hangouts is next, followed by Snapchat, WhatsApp, Skype, GroupMe and Kik. Viber is No. 9.

The investment in marketing and desire to grow in the U.S. comes about a year and a half after Japanese online retailer Rakuten announced it would buy Viber for $900 million in February 2014. For now, Viber doesn’t have promoted posts or ads, and it’s not clear when the company will add them. “As we develop the product, there are all sorts of other potential things we can get into,” Mr. Nelson said.

Mr. Nelson added that the company has been monetizing through its sticker market, which is a surprisingly successful venture, particularly because of the stickers’ popularity in Asia. Ms. Ask said that stickers are a “real source of revenue” for messaging apps, because once users invest money in stickers — emoji-like images unique to each app — they are unlikely to switch to a different messaging app and build their sticker collection from scratch. Still, Ms. Ask said she would not be surprised if Viber eventually gets into the ad market, given its ownership by Rakuten.