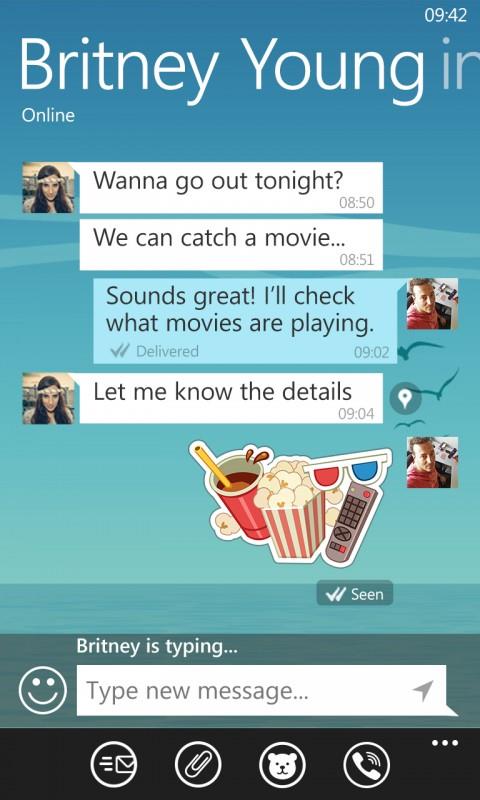 In addition the app now support lockscreen notification (show number of new messages) and it is now possible to pin contacts or conversation to the Start screen, ideal for those who regularly talk to the same people, or have an always-on virtual  “messaging room” with colleagues or family.

As far as are aware, the ability to transfer a call from the Viber mobile app the Viber desktop app is a first for a calling service / app on Windows Phone. The process also works in reverse (i.e. transfer a call from Viber desktop to the Viber app running on Windows Phone). The aim here is to make the calling process as convenient as possible. As an example, this means you can easily continue a call if you leave your desk, without having to make a second call (though in practise the call transfer process does cause something of a hiatus to a conversation). 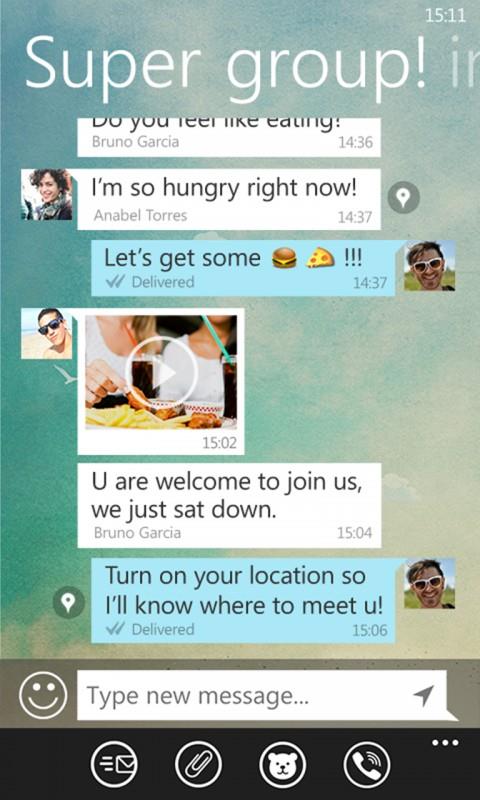 Other updates in the new version of the app include the ability to select the background app graphic (from a Background Gallery) and a minor refresh of the user interface, aimed at improving usability and readability of in-app text.

Viber has a history of providing good support to Windows Phone, it was one of the first third party Windows Phone app to integrate with Windows Phone 8’s VoIP APIs, and remains one of the slickest implementations of a voice and instant messaging service on the platform.

As with other similar service the main motivation to use Viber is financial. Calls and messages between Viber members are free. Messages and calls are routed over a data connection (WiFi or 3G), so operator charges may apply if you’re using a 3G connection. This means you can potentially save significant amounts of money of per call or per messages charges. The level of savings will depend on your phone contract (e.g. whether you have unused inclusive minutes and/or limits on your data bundle) and who you are calling (e.g. international number).

With Viber, everyone in the world can connect. Freely. More than 200 million Viber users text, call, and send photo messages worldwide over Wifi or 3G – for free. Viber is available for Android, iPhone, Windows, Mac, Blackberry, Windows and many more devices and platforms. On Viber, your phone number is your ID. The app syncs with your mobile contact list, automatically detecting which of your contacts have Viber.

Viber can be downloaded from the Windows Phone Store for free.