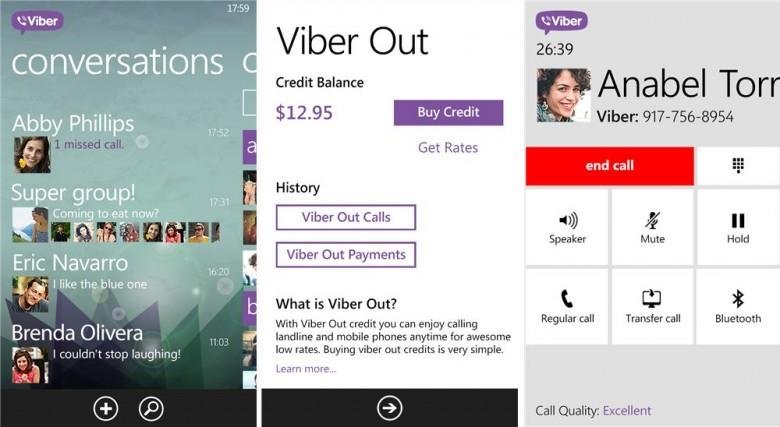 Viber, the popular messenger app has just received an update on the Windows platform. Version 4.1 brings some impressive new features, but the one that is particularly exciting is the support for Viber Out.

Viber Out, the service that lets you call non-Viber numbers including landline numbers is not a free service. Users will have to purchase credits, much like Skype to use Viber Out; the attraction being that using Viber Out will be much cheaper than the regular tariff with the potential to save more when you’re in the habit of making loads of international calls.

Another impressive feature included in the new update is the ability to send video messages. For users who are fond of exchanging photos, the Viber 4.1 update includes the option to send multiple photos at one go. Finally, users who have been ruing hands-free support can now rejoice as the latest update brings a seamless transfer of calls to Bluetooth.

If you’ve been a regular Viber user, update your Windows Phone app to take advantage of its cool features. For those of you who are yet to give this one a go, here’s the link to the app on the Windows Phone Store.