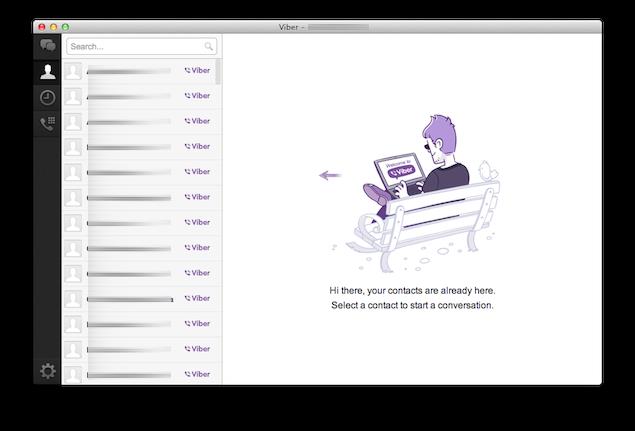 Since 2004, I’ve used Skype for free calls and instant messaging between friends, clients, and loved ones abroad. And because of brand loyalty, it took a while till I was convinced to try other communication apps, particularly mobile-based VoIP software like WhatsApp and Viber.

Between the two, I leaned towards Viber for its smooth user interface, the fact that it’s free to use with no ads lurking around, and how it works similarly to the way we’d call or SMS everyday. Unlike Skype’s mobile app, using Viber is like using a phone bumped with free calls and texts forever. And with over 200 million users and counting, it’s certainly becoming a strong contender against big names like Skype.

Well, that impression didn’t take long to seed as Viber announced its release of desktop versions (OS X and Windows) of the mobile app, both of which bring its best features to the desktop, along with video calling (still in beta) and call transfers from desktop to mobile. With this, Viber has taken another big step to becoming a potential alternative to Skype and many other desktop VoIP software.

How Viber Works on Your Desktop

To be able to use Viber on your desktop, you should have the mobile app installed on your phone. Once that’s done,  you’ll be issued an activation code after installing the desktop app. Type that in to activate your account and wait till your contacts sync and appear in your Contacts list. Mine took less than 10 seconds to complete.

You have four main options on the lefthand side of the app: Conversations, where all your chat conversations are stored; Contacts, which is your contacts list; Recents, which saves recent activity on Viber; and Dialer, the dial pad. The first three sections all have a search bar to make it easy for you to locate and retrieve your messages, recent activity, and contacts.

To chat, you can either search through your Contacts list or dial the number using the dialer. For the latter, you can directly call or start a conversation using either of the two green buttons found below the dial pad.

Conversations are pretty straightforward. Your chat bubbles are coloured blue, while the other party is white. Each has its own time stamp, with separators to indicate the date of each conversation. Similar to the mobile app, Viber also indicates if your messages have been delivered (double check marks) or sent (single check mark). Finally, below the avatar are the Call and Video (Beta) buttons. You can call anyone using Viber on their desktop or phone, while videos are limited to desktop-to-desktop connections. 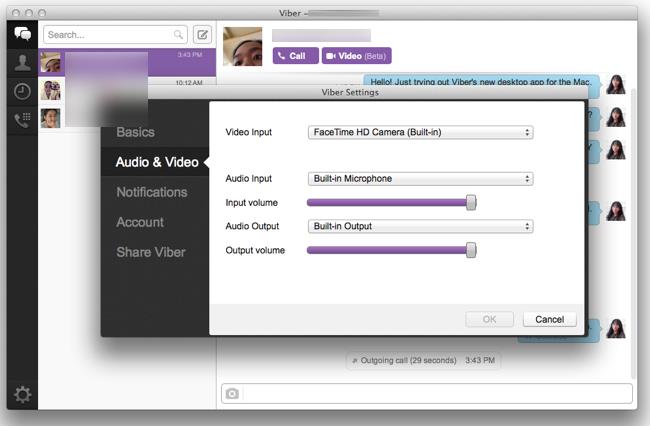 Opening Viber’s Settings shows a series of options to adjust or change how Viber works. You can adjust the app’s audio input and output volume, set Viber to launch on system startup, select notifications and where they are positioned, and more. You can also deactivate your Viber account from your computer and share and connect it via Facebook and Twitter. Email invitations to join Viber can be done in a click of a button too. 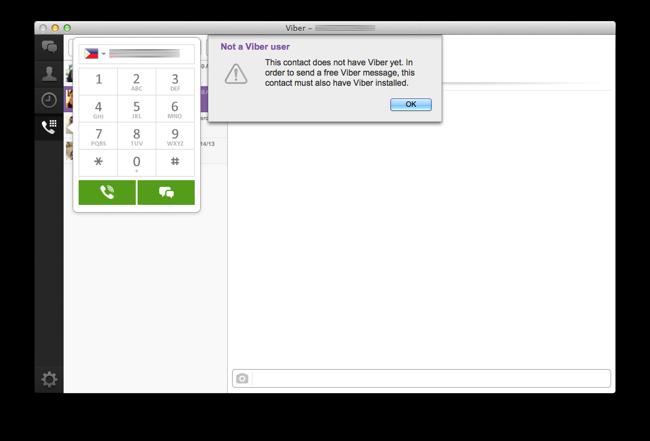 There are a few limitations. Besides desktop-only video calls, Viber only displays contacts registered on Viber, which means you can’t SMS or call a non-Viber user, and you can’t invite him or her to use Viber directly using the app. You’ll have to use the Invite by Email button and have him or her set up Viber manually.

With features, you can’t send video messages, stickers, or files from Viber for Mac. You can only receive them on your end. Emoticons aren’t supported either, so every message sent is rendered in plain text. You can, however, send photos and view them easily using Preview.

Using Viber on the Mac

Reading TechCrunch and GigaOM’s take on the new releases, both have only good things to say about Viber’s desktop app. True enough, it’s communication technology that is slowly moving away from traditional instant messaging (think Yahoo! Messenger) with the ability to transfer calls from desktop to mobile, sync messages between devices, and the fact that the user experience is closely integrated to how you would use Viber on your phone. 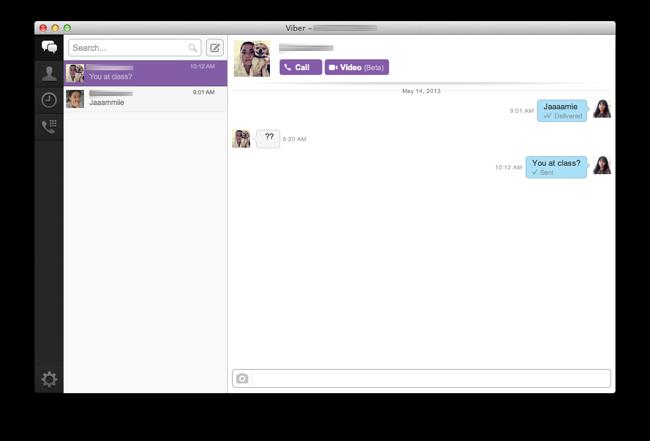 This may be so, but I have mixed feelings about the desktop app after testing it out for a couple of days. On one hand, I really like how tightly integrated the desktop is to its mobile counterpart, which pretty much eliminates any learning curve when testing the app for the first time. I can sync my contacts and messages, and the ability to transfers my calls to my phone without dropping is pretty impressive. On the other hand, I’d say it stands in between instant messaging apps like Apple’s Messages and sophisticated VoIP software, falling behind the latter in terms of sound and video quality, plus features.

Viber tends to rise and fall in terms of audio and video input/output, even on a stable internet connection. There are days when sound is excellent, and there are days when voice lags, echoes, and trails during a call. Static can also be heard at times, but it isn’t too heavy. This may or may not be the case for other users, of course, but I hope work to improve the quality of voice and video calls will continue, especially when on a weak or average wifi connection.

On its own, Viber for Mac does its job in that users can call and chat for free over the internet. But, unless its aim is solely to bring the mobile experience to the desktop, the possibility of Viber standing as a worthy contender against Skype and other VoIP software can happen with a couple more features, such as conducting group calls, sending video messages, inviting more than one person into the conversation, and file sharing.

This is certainly possible, seeing that Viber cares deeply about maintaining the success of its user experience. It’s only a matter of time before we see newer features added to the app that will further enhance its usability. As for stickers and emoticons, I can do away with those since I like Viber’s simplicity and straightforward approach to chat. I prefer to see the more important aspects of the app in the works, especially sound and video quality for calls and videos.

In spite of its limitations, there’s no denying that Viber’s desktop apps are a sound addition to the available platforms. Users can enjoy free, high quality communication on the Mac and Windows while being able to switch between the desktop and mobile easily. In short, you can jump right into the app without drowning or feeling lost. That, in my opinion, is the best thing about this app.

For sure, Viber has plenty of support to further improve and innovate, and part of this may happen once the company begins to monetize the service. Viber CEO Talmon Marco confirms this in GigaOm’s article, so expect stickers and other add-ons to go on sale anytime this year.