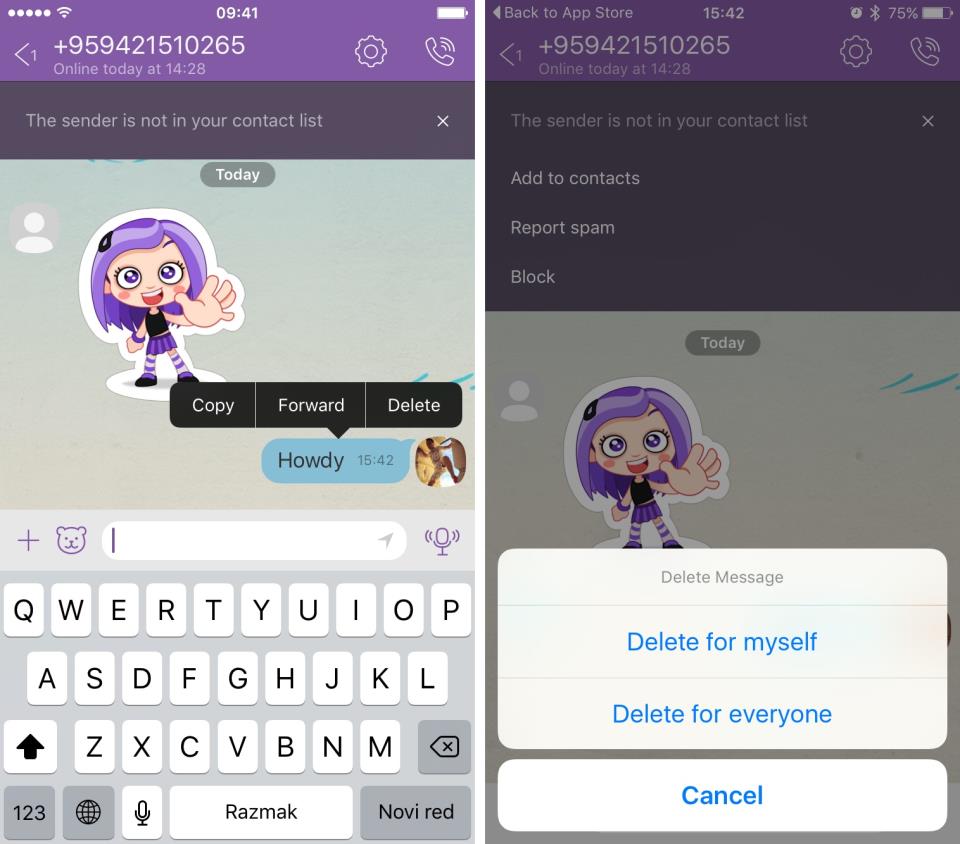 Viber today pushed a couple notable improvements to its iOS messaging app in the App Store. Bumped to version 5.6.5, Viber for iPhone now makes it easy to delete a sent message for everyone, not just for yourself, which could come in handy after accidentally sending a message to the wrong person, allowing you to recall it immediately.

You can now send media directly from your shared iCloud albums, in addition to your Camera roll like before.

As a bonus, Viber now includes the ability to reply to messages directly from the notification banner and permits you to search your Viber chats and contacts from the Home screen, using iOS 9’s much improved Spotlight Search function.

Before today, you could only delete sent messages for yourself. Starting with Viber for iOS 5.6.5, you can now recall a sent message so it disappears from the recipient’s device as well.

As shown top of post, simply tap on the sent message in the chat view and choose Delete. The app will then offer you to choose between the Delete for Myself option or opt for the new Delete for Everyone feature.

As mentioned, Viber now includes an enhanced Share sheet action that allows you to attach documents, presentations and other files to your messages, without leaving the context of the app you’re using.

For instance, I was able to attach Apple’s official Apple Watch User Guide by choosing a new Copy to Viber option in the Share sheet of iOS 9’s new iCloud Drive app. 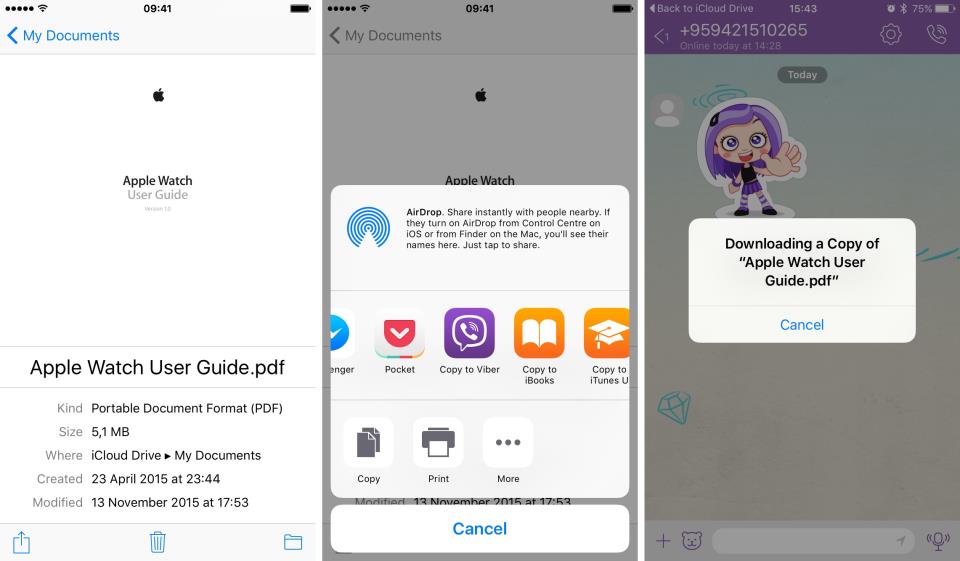 If the recipient is unable to receive the file attachment because they’re using an older version of Viber, you’ll be offered an option to send them an upgrade link. 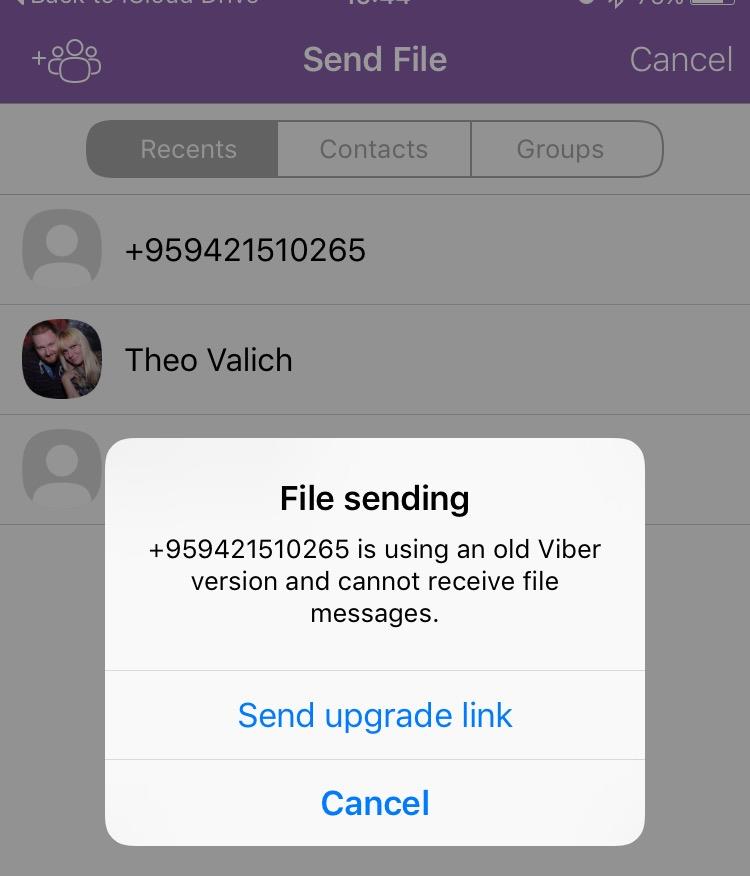 If you’re on iOS 9.1 or later, you can pull down on Viber’s notification banner to reveal the text field for sending your replies without switching to the app. iOS 9 users can also enable Viber in Settings → General → Spotlight Search in order to expose their Viber chats and contacts in iOS 9’s system-wide search.

The following items are new in this edition of Viber:

Viber requires an iPhone, iPod touch or iPad with iOS 7.0 or later and supports the Apple Watch with a nicely done watchOS 2 app that lets you reply from your wrist with Viber stickers, dictation and canned replies.

Grab Viber for iOS free in the App Store.

The desktop client for the Mac is available direct from Viber.