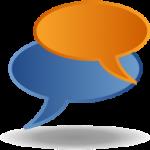 Mario Žižek, Addiko Bank Croatia CEO, says clients are asking for “modern services that make their daily finances easier, faster, more practical and available at all times” and its chat banking “does exactly that, it allows our clients to instantly send and transfer money.”

Users can make domestic payments transfers, use payment templates, transfer funds between their own accounts, check account balances, monitor transactions, locate the closest branches and ATMs, and get the latest information on Addiko offers.

Activation is done via Addiko’s Internet banking service, with “no extra charges for the users.” Daily limits for payments is HRK 1,250 ($200). Receivers of the funds do not need to have Addiko Chat Banking installed or an account with Addiko as the payments are done on the same principle as other e-banking transactions and are authorized with a PIN. Transfers between the user’s own accounts are not limited.

Addiko Bank was founded in 1896 and is headquartered in Vienna. It also operates through six banks in Croatia, Slovenia, Bosnia and Herzegovina, Serbia and Montenegro. It has 1 million clients and in addition it provides direct deposits services in Austria and Germany.

Viber, a mobile messaging app, enables its customers to send free text messages, photos, videos and make free calls with its push-to-talk capability, among other features. The company announced a partnership with Western Union in 2016 to enable Viber customers to use the app to send up to $499 that can be picked up at more than 500,000 Western Union locations in more than 200 countries.