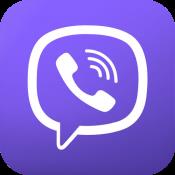 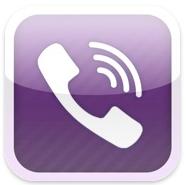 While there is no dearth of apps offering free phone calls in the App Store, most require you to jump few a through hoops to use them. CallCoin (which we found didn’t work well at all) requires users to play online games or participate in (sketchy) online offers to earn virtual coins to make calls. The ever-popular Skype app as well as netTalk, which we tried out, both require you to create an account before you can make any calls. Enter Viber, a new app by a start-up company of the same name, that doesn’t require anything more complicated than your phone number to get started.

Viber debuted in the App Store yesterday and offers free VOIP calls to other Viber users anywhere in the world over Wi-Fi or 3G. When you first open the app, you’re asked to enter your iPhone’s number. After this you’ll receive an SMS with verification code, which you’ll need to enter on the next screen to confirm that the number entered belongs to you. After that, Viber will ask for access to your contacts to identify other Viber users, and that’s it – you can start making calls right away. There’s no need to create a user name or password or anything else. 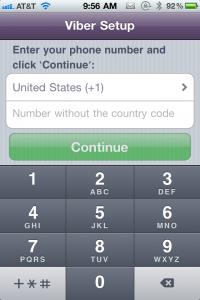 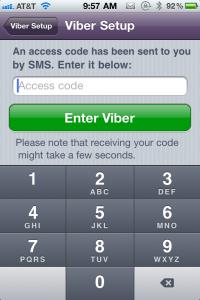 If you call someone who is not a Viber user, the app will switch you over to the Phone app to complete your call, which will use your cellular plan accordingly. Other Viber users are marked in the app’s contacts list so you can easily find people you already know who have the app. 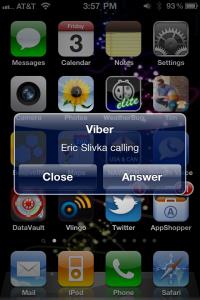 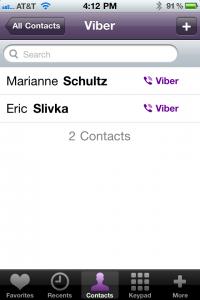 We tried Viber out briefly and found a couple of oddities, though. The biggest one is what happens when you call another Viber user who doesn’t answer – you’ll hear it ring repeatedly and then the call will disconnect abruptly. While we wouldn’t expect a free service like this to offer a voicemail box, a brief message like “The person you’re trying to reach is unavailable – please try again later” would be nice.

The second isn’t really an issue at all but may just be a bit strange to U.S. users – the outgoing ring tone you hear when calling another Viber user sounds like the single-tone sound we’ve heard in western Europe, not the varying ring sound heard when using AT&T or other U.S. land line or cellular providers.

Call quality ranged from excellent to average, sounding exceptional at some points during our test call to a bit choppy at other times. However, we’ve heard worse using AT&T’s network, so this could still be an improvement depending on the quality of the coverage in your area.

Of course, the key to Viber becoming really useful to you is widespread use of the app among your friends and family. If you’re already on a cellular plan that allows you free calls to other mobile phones on the same network (as AT&T does) or to a short list of numbers you select, Viber may not be of much use to you particularly if most of the people you call don’t have an iPhone to begin with (Viber says that Android and Blackberry versions of the app are coming soon).

All in all, we are happy to see Viber come to the app store to bring some competition to AT&T when it comes to call quality and reliability, though the app does need to hit some critical mass among the millions of iPhone users out there to be as useful as it has the potential to be.

Connect freely with over 900M users worldwide! Viber is a free messaging and calling app that keeps you connected to anyone in the world through your Internet connection*. It’s the most expressive…