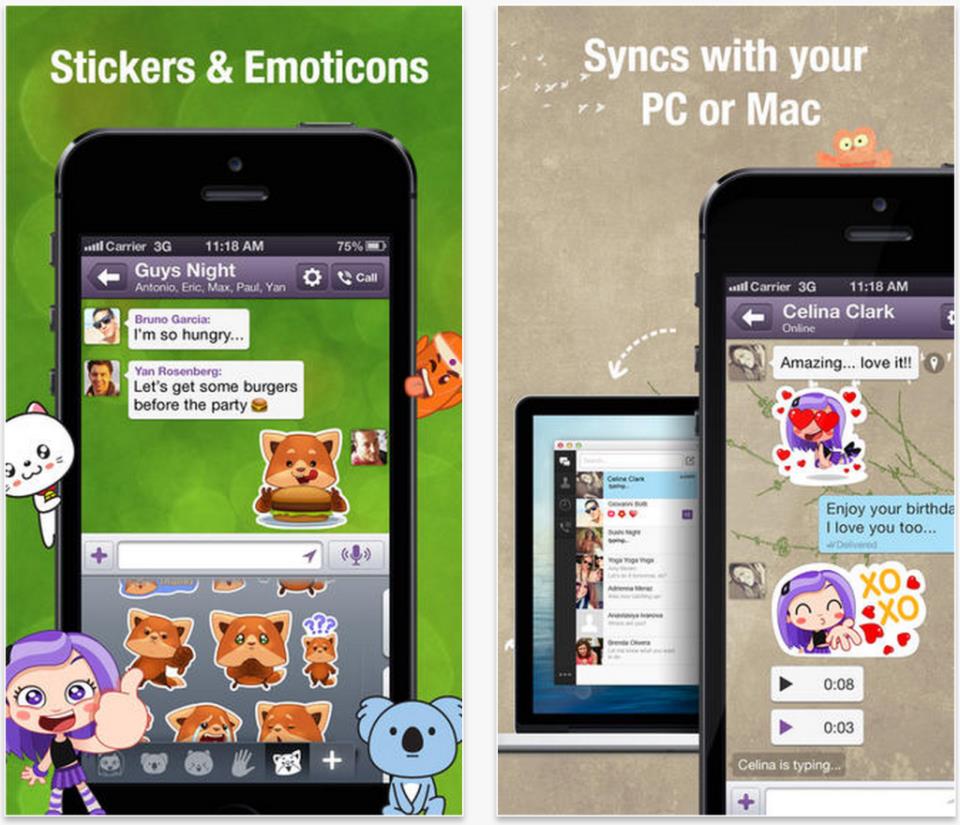 Popular VoIP and messaging service Viber announced today the release of version 4.1 of its mobile app for Android and iPhone. The update includes the full global launch of Viber Out, a new feature that allows users to make low-cost calls to any mobile or landline phone number.

The service uses credit that can be purchased through in-app purchases, or via credit card, and the minutes can be used on Android, iOS or your desktop. It’s actually a lot like how Skype works, except it looks like Viber’s rates are much lower and it won’t charge connection fees…

“Now with the official worldwide launch, Viber Out enables all Viber users to call anyone worldwide at low rates on Android, iPhone and Desktop, coming to Windows Phone in the future. Viber Out credit can be bought with an in-app purchase from the Google Play Store or the Apple App Store, or with a credit card via Viber Desktop. Additionally, Viber Out has a significantly lower price-per-call than other competing services due to lower per minute rates and the omission of connection fees. […]

Unlike competing services, Viber Out displays your real phone number to the recipient so he or she knows who is calling. Further, Viber Out on Desktop has your phone’s address book so you don’t have to remember numbers or dial them manually.”

And here’s a breakdown of Viber Out’s fees vs. Skype: 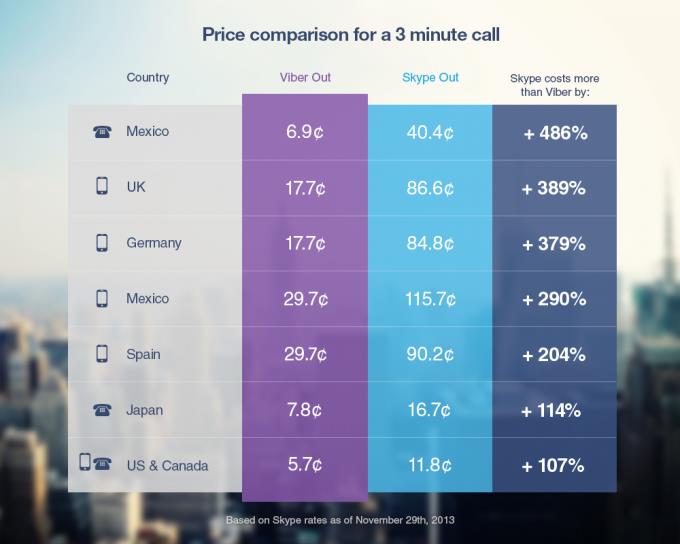 Viber says that its goal is to deliver HD audio at rates that are ‘highly competitive,’ and as you can see, they’ve accomplished that. In fact, Viber Out offers such substantial savings over Skype and competitors for many users that it may cause other services to change their rates.

Anyway, in addition to adding Viber Out, today’s 4.1 update will also add new stickers and other improvements (unfortunately there’s no word on a made-for-iOS 7 design). Viber 4.1 is rolling out to iPhones right now, and when it’s available you can download it here for free.