One of the world’s leading messaging apps, Viber is rolling out a major update that enables users to change their phone number, as well as their primary mobile device—without losing any of their data. The update continues to support the app’s efforts to create a seamless experience for users across the board. This update will create an easy and seamless experience for Viber users who need to change phone numbers or switch to a new phone. 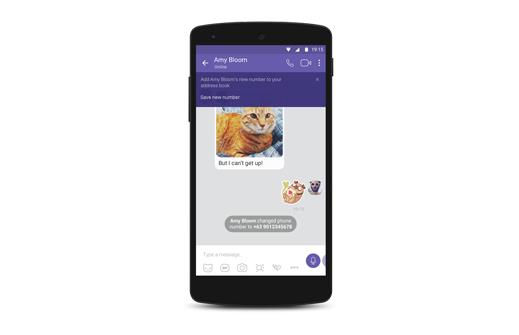 The feature provides peace of mind for users who wish to preserve their conversations, contacts and other data while making the fairly common, and often stressful, move to a new phone number while on the same device and operating system. Viber detects when a new SIM card is on the device and prompts the change phone number flow. Within a few quick steps, the user can transfer all of their Viber data to the new number.

Users changing both their phone number and device on the same operating system, need only complete the change phone number flow on their old device before putting the new SIM in the new device and activating Viber.

Once a user changes their number, Viber will notify their contacts so that they have an opportunity to save the new phone number in their contact list.