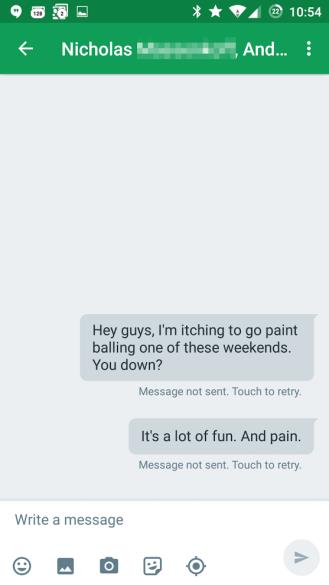 The relationship between Hangouts and SMS/MMS messaging has been a long, gut-wrenching story full of danger at every turn. Although Hangouts 4.0 was a massive improvement over every previous version, it would appear that all is still not well on the MMS side of things.

Anything other than a standard text message to one single recipient counts as MMS. That means picture messages, video messages, group texts, all count as MMS and are handled differently by carriers than a traditional SMS text to a single recipient. After upgrading to Hangouts 4.0, some users are now unable to send or receive any kind of MMS message.

Google is aware of the issue and there is a fairly lengthy thread on the Hangouts Help Forum where users have volunteered many tricks and tips that can help solve this issue, including: