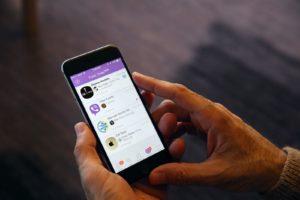 Viber is no doubt a great service to communicate with others. We can use it to make free local and international calls and the Viber communications App have millions of users from all over the world. The Viber Communication App is extremely easy and simple to use and users wanting to use the communications App do not need to create a special Viber account. The Viber App uses your own mobile number as your Viber Account number and through the App, you can enjoy free international and local calls and in turn, save a lot of money. These communications Apps allow you to stay in touch with your friends and family, you can also share your news with your loved ones and tell how you like living in this wonderful country from where you are calling up your friends and family.

Even though Viber is extremely helpful, it is blocked in many countries around the world. These countries include Oman, UAE, and other Gulf Countries. The situation in the Middle East with the VOIP is terrible. Not only is the communication App Viber blocked in these countries but other communications Apps such as Skype and other similar services are also banned or blocked. Many people have tried to unlock Viber in these countries. People unblock Viber by masking IP address with the help of VPN services. VPN or Virtual Private Network hides your actual IP address and encrypts and protects all your Internet Traffic and usage. People also use Viber VPN to unblock the Viber application.

Even though VPN services are an extremely convenient service which can make your life a lot easier, it is also considered a cybercrime to do so.  Countries which are extremely vigilant on cybercrimes have cracked down on the use of these anonymous surfing Apps or sites. Sites or Apps which have been banned or blocked in specific regions is due to either explicit material or unlawful services provided by the App. We should keep in mind that we are breaking the law when we decide to use these anonymous surfing or unblocking Apps.

Punishment of using VPN Services in Saudi Arabia: Even with all the benefits, use of VPN services is not encouraged by us as they can lead to harsh and strict consequences. The penalties may reach up to deportation from the country for expatriates living in Saudi Arabia and very harsh punishment for the Saudis. I could not find any case in Saudi Arabia but UAE has deported some people as Police found VPN software on their mobile phones. I personally don’t use it and strictly discourage readers of this blog to use it.