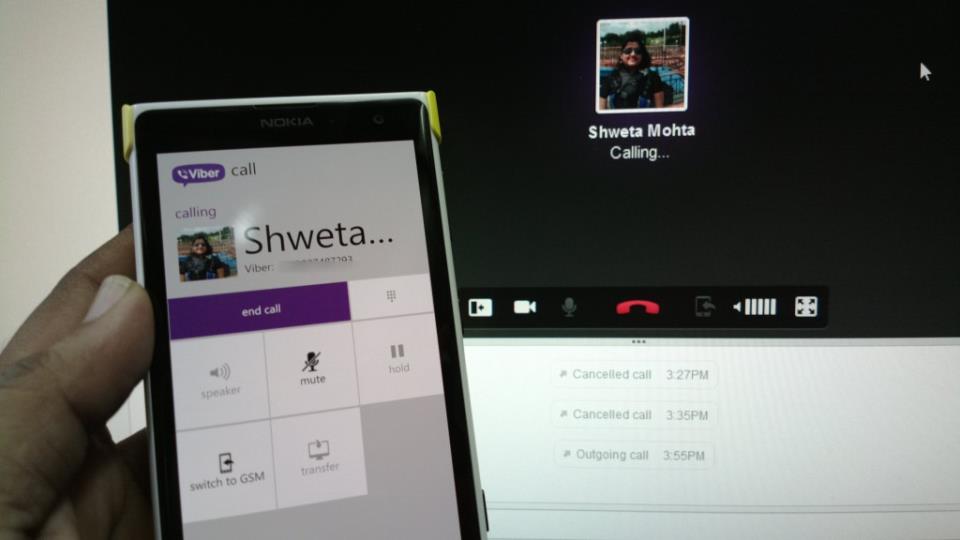 While most of the VOIP products are either stuck to Desktop or Mobiles ( Hey Skype, You There?) Viber has taken a step ahead and updated their Windows Phone application to roll out a major feature for Windows Phone users–ability to switch calls from Windows Phone to Windows PC to Windows Phone–by using their transfer call feature.

What really surprised me that it was pretty much seamless after testing on couple of calls. Out of 4 calls I tried, 3 worked without any hiccups.

To set this up, you will need to install Viber for PC or Mac and use the same number in both the places i.e. desktop and mobile apps. That way the apps will be able to communicate and transfer calls easily.

I really wish Skype had this feature built-in for desktop but yeah we are still waiting for deep integration.  That said, Viber also rolled out a couple of more features for Windows Phone app:

Viber is a free to use application which lets you send free text message and make calls over internet.  Though this is nothing new and there are many apps and services doing this but letting you transfer calls between devices is an impressive and huge step taken forward.