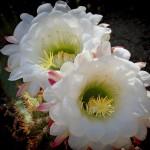 Have you ever won­dered how to use titles in let­ters, press releases, and other doc­u­ments? Especially when there are unusual cir­cum­stances? Like writ­ing to a hus­band and wife, and the wife is the one with spe­cial cre­den­tials? There are dif­fer­ent protocols.

ARTICLES AND PRESS RELEASES What you use, and when, depends on what you’re writ­ing, e.g., if you’re an American jour­nal­ist fol­low­ing the Associated Press Stylebook, you’d prob­a­bly write “Vorfeld said that…” rather than “Ms. Vorfeld said that…” Sometimes small com­mu­nity news­pa­pers still pre­fer to use “Mr.,” “Mrs.,” or “Ms.”

CORRESPONDENCE If you know the woman or man, and s/he has no spe­cial titles, you’d say Dear Mr., Dear Mrs., Dear Ms., or Dear Miss. Many women have a pref­er­ence, and these days it’s rarely “Miss” or “Mrs.” If you don’t know the pref­er­ence, use Ms.

What about send­ing cor­re­spon­dence to John and Jane Doe? John is a teacher, and Jane is a physi­cian. If you know them well, address it to John and Jane Doe, or Jane and John Doe. However, if the let­ter is for­mal, list sthem on sep­a­rate lines when the wife alone has a spe­cial title:

Generally, physi­cians pre­fer the title like this: John Jones, M.D. — and if it’s tied in to cor­re­spon­dence, they want it fol­lowed by the salu­ta­tion, “Dear Dr. Jones…”. Those with Ph.D. degrees are much the same, although they may pre­fer “Dr. George Smith” to “George Smith, Ph.D.” Never use both the degree and the title together (Dr. John Jones, M.D.).

Some titles may pre­cede the name as long as they don’t con­vey the same mean­ing as the degree that fol­lows (see para­graph above). Example: Professor George Smith, Ph.D.

Osteopaths, chi­ro­prac­tors, den­tists, etc., may pre­fer to be addressed as Dr. Jane Jones. Others may pre­fer this for­mat: Jane Jones, D.O., D.C., or D.D.S., etc. If in doubt, put the cre­den­tial ini­tials after the name in the address sec­tion, and use “Dear Dr. Jones…” in the salutation.

What about peo­ple that use two degrees or cre­den­tials after their names, and one of the cre­den­tials doesn’t use peri­ods (like CPA) while the other does? The Gregg Reference Manual, Ninth Edition, says that using “John Doe, CPA” is fine, but if you’re going to add M.B.A., which requires peri­ods after each let­ter, you should say “John Doe, M.B.A., C.P.A.

Be con­sis­tent within a doc­u­ment. If you abbre­vi­ate some­thing a cer­tain way, con­tinue to do so in that doc­u­ment. You’ve essen­tially selected a style.

Here are some spe­cial URLS to help you with more detailed ques­tions about titles: