Editor’s Note: This refreshed post was originally written by Kevan Lee in December of 2013, but has been completely revamped and updated for currency and comprehensiveness by Willa Rubin.

I spent an hour on this opening paragraph.

The hour wasn’t time well spent, mind you. Sure, I was working — writing, deleting, tinkering with words here and there — but my one-paragraph-per-hour pace wasn’t out of indecisiveness as much as a lack of motivation.

I spent five minutes on email, ten minutes on Twitter, and fifteen minutes doing who-knows-what on Tumblr. (Just kidding, I know exactly what I was doing: watching cat videos.)

Motivation is a tricky thing to corral. Tricky, but not impossible.

One neurotransmitter that plays a role in the science of motivation is dopamine. Dopamine’s chemical signal gets passed from one neuron to the next, and between those two neurons, dopamine interacts with various receptors inside the synapse.

This arrangement becomes much more complicated when you multiply the effect through the entire brain. Consider: there are different types of receptors, neurons, and pathways that neurotransmitters can take. Things get complicated fast. 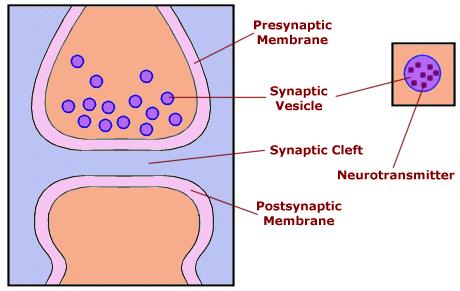 For motivation specifically, it matters which pathway dopamine takes. The mesolimbic pathway, which comes from the middle of the brain and branches to various places like the cerebral cortex, is the most important reward pathway in the brain.

What causes your dopamine to spike

Dopamine performs its tasks before we obtain rewards, meaning that its real job is to encourage us to act, either to achieve something good or to avoid something bad.

Most people thought dopamine was the neurotransmitter for pleasure, but when researchers looked more closely, they began to notice strange phenomena. Spikes in dopamine occurred in moments of high stress — like when soldiers with PTSD heard gunfire. Those are hardly pleasurable phenomena, but their dopamine was. 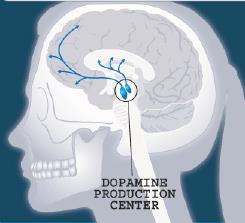 In another study, a team of Vanderbilt scientists mapped the brains of “go-getters” and “slackers.” They found that people willing to work hard had higher dopamine levels in the striatum and prefrontal cortex — two areas known to impact motivation and reward. Among slackers, dopamine was present in the anterior insula, an area of the brain involved in emotion and risk perception.

As UConn Researcher John Salamone explains, “Low levels of dopamine make people and other animals less likely to work for things, so it has more to do with motivation and cost/benefit analyses than pleasure itself.”

How to hack your dopamine to boost your productivity

Motivation happens when your dopamine spikes because you anticipate something important is about to happen. Here’s how it can affect your productivity.

The brain can be trained to feed off of bursts of dopamine sparked by rewarding experiences. You create the dopamine environment, and the brain does the rest.

One way to achieve those rewarding experiences is by setting incremental goals. Dopamine will flow as a result of your brain’s positive reinforcement every time you complete a step and meet a challenge.

Here’s how to get your dopamine flowing:

Dopamine has a biological connection to our motivation to achieve. You can increase your dopamine via positive feedback, and that happens by tracking incremental progress.

But ultimately, the effort’s a big part of that equation. Sometimes the cure for low motivation may simply be old-school determination and perseverance, sticking with doing things even when we don’t want to.

You can hack your dopamine, but without the extra effort, it can only take you so far. Through this lens, motivation can’t just be about increasing dopamine — it needs to be about digging deep and being diligent.

Check out our eBook to learn more about how to track small wins.