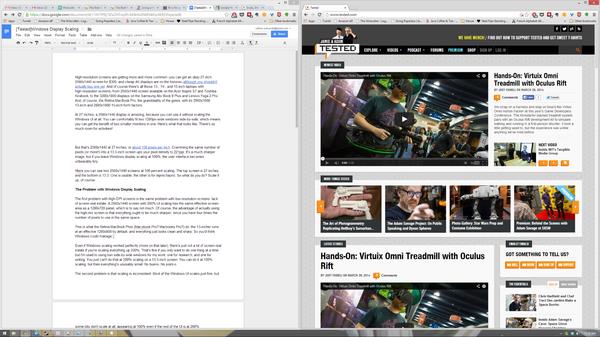 These high-res ultrabooks are beautiful when they work properly, but I don’t think you should actually buy one. Especially not one to run Windows desktop applications.

But that’s 2560×1440 at 27 inches, or about 109 pixels per inch. Cramming the same number of pixels (or more!) into a 13.3-inch screen ups your pixel density to 221PPI. It’s a much sharper image, but if you leave Windows display scaling at 100%, the desktop user interface becomes unbearably tiny–just look at those taskbar icons. 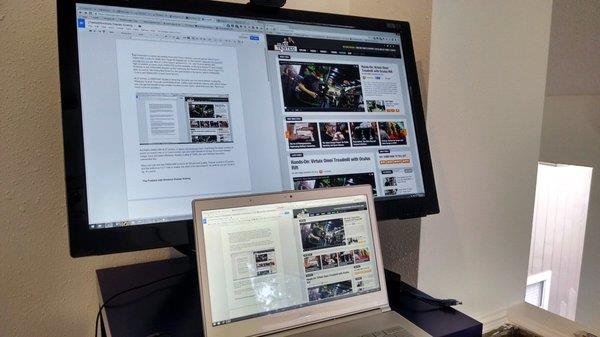 The Problem with Windows Display Scaling 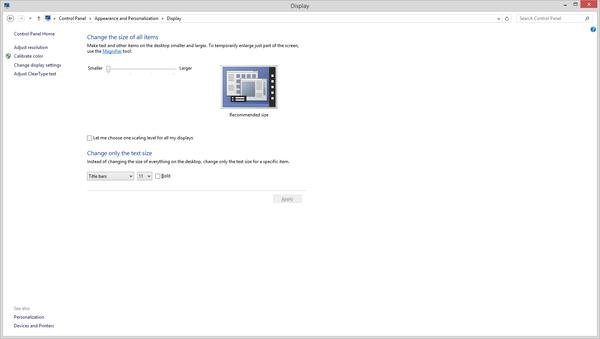 The first problem with small high-DPI screens is the same problem with low-resolution screens: lack of screen real estate. A 2560×1440 screen with 200% UI scaling has the same effective screen area as a 1280×720 panel, which is to say not much. Of course, everything ought to be much sharper, since you have four times the number of pixels to use in the same space.

If Windows scaling worked perfectly, there’s just not a lot of screen real estate if you’re scaling everything up 200%. That’s fine if you only want to do one thing at a time, but I’m used to using two side-by-side windows for my work: one for research, and one for writing. You just can’t do that at 200% scaling on a 13.3-inch screen. You can do it at 100% scaling, but then everything’s unusably small. No bueno. No point-o.

And applications, well. That depends on the app. 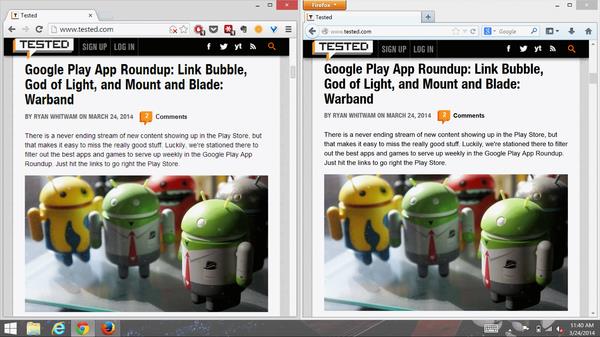 You can force apps to use their built-in high-DPI scaling modes, if they have them, rather than Windows’ scaler, by using Windows compatibility settings and, in the case of Chrome, first enabling the “Touch Enabled UI” in chrome://flags and then increasing the default page zoom. (The HiDPI flag doesn’t work well). Now web pages themselves look good and are scaled correctly, but the Chrome UI–tabs, favicons, extensions, the menu bar–are tiny, while the tab titles (drawn by the Windows scaler) are twice the size they should be. Here’s Chrome with its experimental HiDPI mode turned on, on the left:

Honestly, if you have a high-res display you’re better off using Firefox than Chrome, at least until they get their high-DPI support in order.

So what’s the solution here? As Norm discovered when he reviewed the Lenovo Yoga 2 Pro, the sweet spot for these high-res ultrabooks seems to be 150 percent scaling. A 3800×1800 screen like the Yoga 2 Pro has, at 150% scaling, an effective screen size of 2533×1200–plenty of space for multiple windows simultaneously while still being mostly large enough to read text.

You could also set your screen resolution to 1920×1080 and just run at 100% scaling, but since that’s not the screen’s native resolution, it’s not going to look as good as a 1080p screen running at 1080p, where every pixel displayed maps perfectly to a physical pixel.

This is why, for the time being, I think 1920×1080 is the perfect size for 13.3-inch laptop screens. Its resolution is high enough (165PPI) that you aren’t distracted by visible pixels, there’s enough screen space to snap two windows side-by-side and still fit full web pages in each, and since you’re running at 100% display scaling everything just works. Anything lower-res starts looking bad and compromising on screen real estate, and (for now) anything higher-res starts…looking bad and compromising on screen real estate.

High-DPI screens still make sense on larger desktop monitors, as long as they’re physically large enough that you can use them without scaling. A 27-inch 2560×1440 screen is perfect for desktop use. 27- and 30-inch 4K screens will be good too, once there’s one worth buying.

Unless getting the high-res panel is the only way to get a good IPS display. Then you should spring for it. Weird scaling on IPS is better than perfect performance on TN.