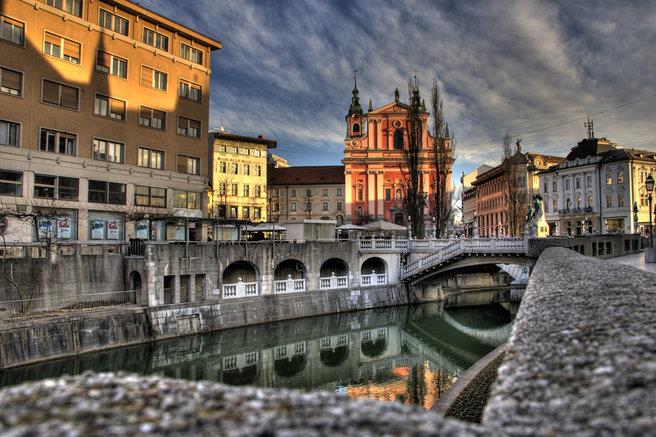 I can’t believe I’m eating at a place that has no vowels!


…were the words of a drunken Australian one night in Ljubljana, after grabbing a wrap from Frks, a fast food joint on Congress square.

One of the most daunting things that greets everyone who comes to Slovenia is the language. The ‘č’s, the ‘š’s, the ‘ž’s, and the tongue-twisting consonantal clusters like ‘trg’ (which is not an abbreviation, but a word with no vowels) or the above ‘Frks’ are only a glimpse at our language’s tricky pronunciation. Even going to the capital, Ljubljana, can prove to be very difficult, especially when you’re not entirely sure whether you’re pronouncing it right.

The little tick (ˇ) above the letters is called a caron or a wedge or an inverted circumflex (take your pick!). In Slovenian, we call it ‘strešica’, which translates as a ‘little roof’, so don’t be surprised if a Slovenian harasses you with roofing while trying to spell something out.

So, whenever you see this caron over a letter, try to imagine that there is an ‘h’ following it. For example, ‘č’ is ‘ch’:

With ‘ž’ it is a little bit different, since the sound that it makes is very rarely found in English. It is the equivalent of the sound in pleasure. One of the rare few cases where it actually appears in English as ‘zh’ is in the word zhoosh.

The next tricky one is probably ‘c’. In Slovenian it ALWAYS makes a sound similar to the ‘zz’ in pizza. So when you find yourself in our third largest city, Celje, make sure you pronounce it <tseh-lyeh>.

And Celje is a perfect example, because it brings us to our next nuisance, ‘j’.

‘J’ is ALWAYS pronounced as a ‘y’. Our number one attraction in Slovenia is therefore pronounced as <Poh-stoh-ynah> cave and close by is the castle of <Pred-ya-mah>. Got it? 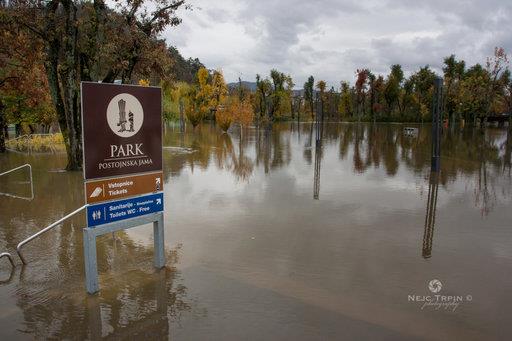 Well, what about Ljubljana?

Our lovely capital has an unpronounceable name – <lyoo-bul-yah-nah> – a great piece of advice I can give you here is, do what the locals do. In the local dialect Ljubljana is referred to as Lublana <loo-blah-nah>.

Another great example is when a tourist was asking me what is there to see in “Shaka Laka” and I just couldn’t wrap my head around what he was trying to say. The only thing that came to my mind was a chorus of a 90’s song

until we managed to establish that he was referring to Škofja Loka <shkoh-fyah loh-kah>, a beautiful medieval town in Gorenjska region. 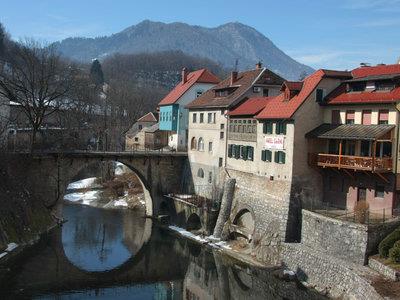 Finally, our last pickle, the consonant clusters. Most of them appear around the letter ‘r’. Like the examples above, trg (square) or the name Frks. Whenever you see this, do not look away in horror, but squeeze a ‘u’ in front of the ‘r’ and you’ll be pronouncing it as a native – trg <turg>, Frks <furks>.

Oh, with just a little bit of an accent. Our ‘r’s are as hard as the Scottish ones.