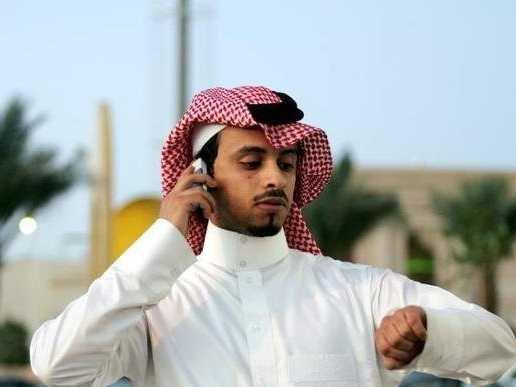 A Saudi man talks on his mobile phone in Riyadh on March 2, 2006. Hassan Ammar/AFP/File

Saudi users of Internet messenger application Viber reported on Saturday that the service was back on their smartphones, despite the authorities insisting it was still banned.

The absolute monarchy, which imposes strict Internet censorship, banned the service in June after Viber failed to comply with unspecified regulations.

“I received an update from the Apple Store, so I updated the application and it worked,” said iPhone user Haifa Salim.

“The service is back with no problems,” said Khaled Mohammed, also after installing a Viber update.

But the Communications and Information Technology Commission said the ban remains in place.

“There may be some illegal way of providing the application by the Viber company to get round the ban, but the commission is dealing with that,” said CITC spokesman Sultan al-Malek.

“The CITC has not lifted the ban as the company has not complied with the requirements of the commission.”

Authorities had asked telecommunications providers to provide a mechanism that would allow censorship, industry sources said when the ban was first imposed.

In March, service providers were told to work with the developers of such applications to “quickly meet the regulatory conditions”.

The commission warned of “suitable measures” if providers of messenger apps — WhatsApp, Skype and Viber — failed to comply with its rules.

Both WhatsApp and Skype remain operational in Saudi Arabia.

In 2010, the conservative kingdom and neighbouring United Arab Emirates threatened to ban BlackBerry instant messaging and demanded that it install local servers allowing the service to be censored.

BlackBerry instant messaging services remain uninterrupted, but it is not clear how far the Canadian smartphone manufacturer went to comply.