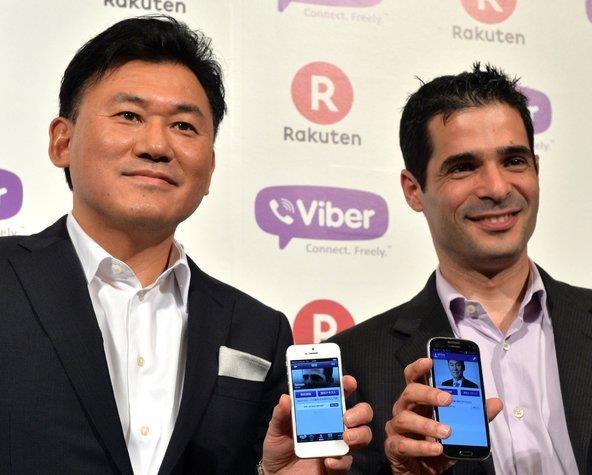 TOKYO — He may have lost the pitcher Masahiro Tanaka to the New York Yankees, but  Hiroshi Mikitani, Rakuten’s billionaire owner, may find some financial solace in Viber, a popular app for calling and messaging.

Rakuten, the Japanese e-commerce giant controlled by Mr. Mikitani, said Friday that it would buy Viber Media for $900 million.

The move by Rakuten would bolster Mr. Mikitani’s fast-growing empire, whose businesses already include the Rakuten online marketplace, a travel agency, credit cards and the baseball team Tohoku Rakuten Golden Eagles, which once had Mr. Tanaka on its roster.

The purchase of Viber Media could also heat up competition in the world of web messaging, where services like WhatsApp of the United States, Line of South Korea and WeChat of China are vying for users.

Snapchat, whose app offers a variation on messaging that lets users send photo and video messages that disappear after they are viewed, turned down a multibillion-dollar takeover proposal from Facebook last year.

“With Viber, we’re going to link up messaging with e-commerce,” Mr. Mikitani said at a news conference in Tokyo. Rakuten’s users, for example, could use Viber instant messaging to communicate in real time with online retailers, he said.

“In the future, e-commerce will become a more communication-based transaction,” Mr. Mikitani said. “Live interaction is going to be critical for all Internet services. Rakuten is at the start of a new era.”

The deal is expected to close next month, according to Rakuten. The company said it would finance the acquisition through bank borrowing.

Founded by Mr. Mikitani in 1997, Rakuten has expanded its footprint outside Japan with a series of prominent investments and acquisitions, including buying a stake in the Canadian e-book maker Kobo in 2011 and investing in the American virtual scrapbook site Pinterest in 2012.

The Rakuten site’s various services have about 200 million users worldwide, and Viber will bring Rakuten about 300 million more users, according to the Tokyo-based company. Viber is one of the most popular apps for making phone calls and sending messages for free on a smartphone, with the United States, Australia and Russia among its biggest markets.

Viber, based in Cyprus, has recently become a rival to Skype, the audio, video and chat front-runner acquired by Microsoft in 2011. Late last year, Viber introduced an instant messaging and calling service for personal computers.

Rakuten said Friday that net profit for the year through December doubled to 43.5 billion yen, or about $427 million, its sixth-consecutive year of record earnings.