Popular data-based messaging app Viber made some waves in the mobile industry last week when it announced not only a new version of the app for both iOS and Android–the latter embracing the “Holo” design principles and theme that have become integral to Android 4.x–but also desktop versions for the Windows and Mac that: provide all of the functionality of the mobile version, including sending messages to other users and making free phone calls, videoconferencing (still in Beta) and synchronizing all messages (post-installation) across your Viber-equipped devices. They’ve, in essence, made an instant messaging app a full-fledged, capable competitor to industry heavyweight Skype.

As is the case, I imagine, with many of the apps that have become mainstays on our phones, I initially gave Viber a spin only because a friend of mine had spotty coverage in her own apartment and was already using it to chat with her other friends. Though I knew little of how it stacked up in terms of market share or penetration rate with other messaging apps like LINE, KakaoTalk Messenger or Kik at the time, I knew WhatsApp was the most popular among the friends in my Contacts, and I was hesitant to install yet another app that offered little to distinguish it in functionality.

Fast forward several months, and not only has Viber become a mainstay on my phone in a personal sense, but TechCrunch reports that it has also amassed some 200 million users–equivalent to two-thirds of the population of the United States–and is growing rapidly. Compare that to LINE–the de facto no. 1 social network in Japan (pushing aside even Facebook and Twitter) I wrote about in my April 8 post–which has only reached 150 million users, and that number seems all the more impressive. So much so that ABC News featured it as last week’s “App of the Week.” 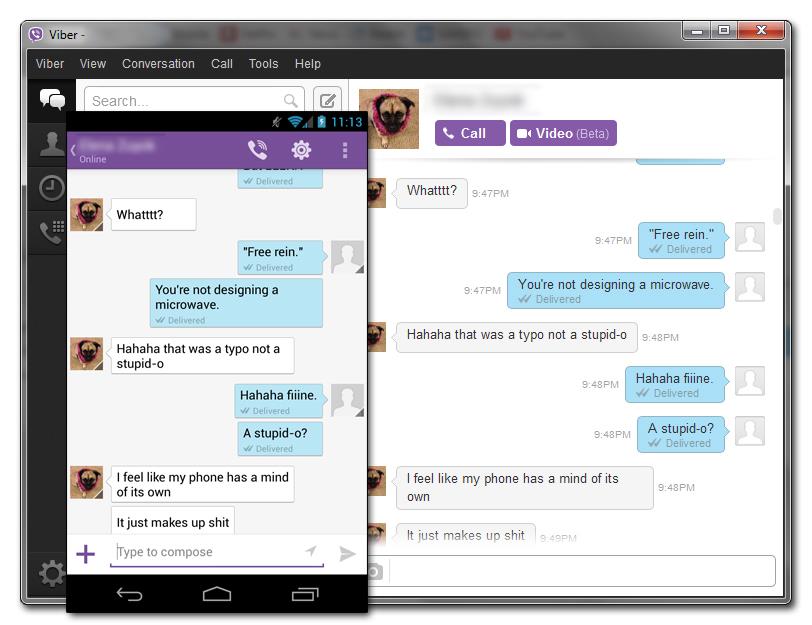 While Skype’s existing stronghold as a videoconferencing and instant messaging client means it is unlikely that there will be a massive migration of users to Viber purely for its new functionality, the new features make it more compelling as an all-around messaging tool for existing and new users alike. In particular, I’m enamored by the seamless synchronization of messages across devices. I can start a conversation with someone on my laptop and pick it up on my phone when I need to leave without that person even noticing an interruption, and still be able to read all of my past messages. And unlike Messages for iOS, it’s not restricted to users who fall neatly within the Mac and iPhone ecosystem.