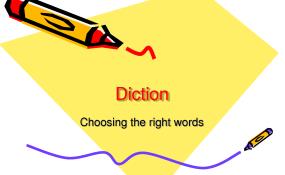 The only Nigerians who pronounce the name of their country correctly are foreign-born Nigerians-or Nigerians who were socialized outside their country, or whose exposure and education cause them to be guarded and self-conscious about their pronunciation. It was a non-Nigerian who first called my attention to this over a decade ago.

The name “Nigeria,” as most people know, isn’t native to the languages spoken by the people who populate the area; it’s an anglicized Latin word that denotes blackness. It traces lexical descent from the Latin “niger,” which means “black” or “dark,” and shares etymologicalaffinities with the obnoxiously negrophobic racialslur, “Nigger.”

When it came time to name the polity that British colonizers cobbled together, they decided to name it “Niger area,” in honor of River Niger. “Niger area” was later shortened to “Nigeria.” In essence, Nigeria means “dark area.” With such a name, is it any wonder that constant, reliable electricity has eluded Nigeria since independence? We are writhing under a primal appellative curse!

Well, that was a joke! A country’s name has no bearing on the incompetence of its leaders.

Seriously, though, the British people who imposed the name “Nigeria” on us don’t pronounce it the way we do. In a March 31, 2013 article titled “More Words Nigerians Mispronounce,” I called attention to the pervasive mispronunciation of “Nigeria.” I wrote:

“It is perhaps the biggest irony of our ‘nationhood’ that almost no Nigerian pronounces the name of our country ‘correctly.’ Last year, I’d planned to write an article on the imperative to change Nigeria’s name to something other than Nigeria, and part of the argument I wanted to advance was that the name ‘Nigeria’ is so foreign to us that almost no Nigerian pronounces it correctly. One of my readers brought this to my attention again three weeks ago. He pointed out that even President Goodluck Jonathan doesn’t pronounce Nigeria correctly.

“Well, there are regional and ethnic variations in the way ‘Nigeria’ is pronounced in Nigeria. While Hausa people pronounce Nigeria ‘naa-je-riya,’ the rest of the country pronounces it like ‘nan-ji-ria.’ Many language groups in southern and central Nigeria that don’t have the ‘j’ sound in their languages either pronounce it ‘nan-ye-ria’ or ‘nan-ge-ria.’ The British people who imposed the name on us pronounce it ‘nai-jee-ree-a.’ So do Americans and other native English speakers.”

NAI-JEE-REE-A. That’s how almost all non-Nigerians, including non-native English speakers, call Nigeria. Why are Nigerians the only people who mispronounce “Nigeria”? Well, before I answer that question, I should point out that Nigerians aren’t the only people who mispronounce the name of their country. Sierra Leoneans, for instance, pronounce Sierra Leone as “Salone” instead of “see-era-lee-own.” (The name “Sierra Leone” isn’t native to the people who live their; it’s derived from”Serra Leoa,” which is Portuguese for”Lioness Mountains”). Most West Africans pronounce it “sira-li-on.” When Sierra Leoneans, who were returnee ex-slaves from the West, first immigrated to Yoruba land in the 1800s, Yoruba people called them “Saros,” as a result of the elision of “Sierra Leone.” (FunmilayoRansome-Kuti, the mother of Fela, is descended from the “Saros.”)

Uneducated, rural white Americans (derogatorily called “rednecks” here) also habitually elide the “a” in “America” to say something like “Murica” or “Merica.”

The “Intrusive N” in Nigerian Pronunciation

I borrow the concept of the “intrusive N” from a linguistic phenomenon in English called the “intrusive R,” which is defined as the addition of the “r” sound (usually at the end) to words that don’t normally have it. For example, some people pronounce “law” as “lawr,” “saw” as “sawr,” “idea” as “idear,” etc. A 2006 study found the “intrusive R” to be prevalent among British newscasters. This is ironic because standard British pronunciation (also called Received Pronunciation) is non-rhotic, that is, it does not articulate the “r” in words unless the “r” appears in the beginning of a word, so that “tuna” and “tuner” sound alike, and “lad” and “lard” almost sound alike. Standard American English pronunciation (also called General American), on the other hand, is rhotic, that is, the “r” sound is always pronounced wherever it occurs in a word.

The intrusive N, to be sure, isn’t unique to Nigerian English pronunciation. In a 1915 article in the Modern Language Notesjournal titled “Intrusive Nasals in English,” Louise Pound noticed it among native English speakers in England and America in words like “Anthens” instead of “Athens”; “balland” instead of “ballad”; “cementary” instead of “cemetery”; “daintaive” instead of “dative”; “incindent” instead of “incident”; “trinkling” instead of “trickling”; and so on.

In Nigerian English pronunciation, the “intrusive n” occurs chiefly in these words: attorney, covenant, expatiate, Nigeria, sigh, and witch. There may be more, but these are the words that come to mind now.

“Attorney:” It was one of my American friends who first called my attention to the way Nigerians pronounce this word. She told me every Nigerian she has met (and she has met quite a lot) pronounces “attorney” as “antoni,” especially if it appears in the term “attorney general.” I am guilty of this, too, especially in my unguarded moments. I don’t know what is responsible for the intrusive “n” sound in the general Nigerian pronunciation of the word. It’s probably because of the false attraction of the name “Anthony” and because we prefer “lawyer” to “attorney” in our everyday speech and therefore hardly have a reason to observe the absence of “n” in the word.

“Covenant:” This everyday word among Nigerian Christians is often pronounced with an “n” after the “o,” that is, as “con-ve-nant.” It’s properly pronounced “co-ve-nant.” The intrusion of the “n” sound in the word may be due to the influence of similar-sounding conversational words like “convenience,” “convene,” “convener,” etc.

“Expatiate:”There is usually an intrusive “n” sound when Nigerians pronounce this word. It often sounds like “eks-pan-shi-yeyt.” But native speakers pronounce it like “iks-pey-shee-eyt.” This is most probably because of the influence of words like “expand” and “expansion.”

“Witch:” Nigerianspronounce this word as “winch,” especially in Pidgin English. Pastor David Oyedepo infamously slapped a young girl on television for saying, “I am winch for Jeeezus!”

So next time a Nigerian calls Nigeria “nan-ji-ria” instead of “nai-jee-ree-a” know that it is the “winch” of English pronunciation that intruded into his nasal cavity and forced an unneeded “n” sound.

It is worth point that the only linguistic group in Nigeria that seems to be immune from the “intrusive n” phenomenon are the Afemai- or Etsako-speaking people of northern Edo State (that is, in Auchi and surrounding areas) who appear not to have the “n” sound in their native language. That’s why when they speak English, they come across as suffering from a nasal blockage; they talk like people who are breathing through their mouth, instead of through their nose, which causes the “n” sound to be totally subdued or eliminated. Listen to Edo State Governor Adams Oshiomhole if you have never heard anyone from northern Edo State speak English.

Finally, it is interesting that while it is almost impossible for the average Nigerian to say “nai-jee-ree-a,” Nigerians have no trouble correctly pronouncing “Niger,” the root word of Nigeria. Almost no Nigerian pronounces Niger as “Nanja”; we all say “nai-ja.” Similarly, no Nigerian has trouble with “Naija,” the affectionate, colloquial short form of Nigeria, which is particularly popular among young Nigerians on the Internet.