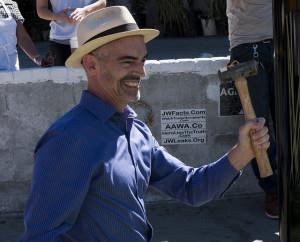 The main theme of these mobbies is their own fear but, as Robin DiAngelo has sagely noted, “whites often confuse comfort with safety.” For instance, read Alexander Polinsky, son of Paula Greenfield, prime mover of the George Harrison memorial tree in Griffith Park, as he trembles in fear of “scary psychotic homeless that terrorize us…the worst kind of people, people we worked hard to avoid by buying nice homes and paying taxes.” Polinsky is even terrified of GWHFC’s fairly saintly organizer, Ted Landreth, who, according to Polinsky, “…likes to tell people he was a marine, implying that he is able to kill and be tough instead of actually being compassionate…”

Not one for whom a rhetorical trope readily loses the freshness of its first bloom, Rick tells O’Farrell et al. in another email that [the homeless] wander our streets and defecate, urinate, vomit, discard used hypodermic needles and condoms, set fire to trash bins, break into cars, harass and assault people—and now, as you know, one of the food line’s volunteers recently murdered a young woman over a dollar.

These guys are quite voluble, and there’s bunches more of this blethering in the emails. You can read it yourself if you care to. Sane people delete emails like this without reading, let alone acting on, their demands. But not Mitch O’Farrell! 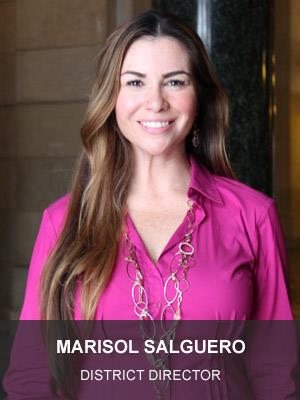 Tony, might there be an opportunity to communicate via press or social media that we have been more than proactive here? I am very proud of the work we have done and maybe we need to get out front that I have been leading the response on this.

By August 22, 2013, Mitch was emailing Marisol and his chief of staff, Jeanne Min with the stark message that “The food line really has to go.” Jeanne Min, no bleeding heart her own self, responded: “Agreed. We need to make sure it does not relocate to CD13.” Steven Whiddon, as indefatigably feckless as ever, had this to add: “Please let us know how we can help?” Perhaps the weirdly misplaced interrogative is meant to suggest humility? Nah…

As you may know, the whole mess led to Tom LaBonge, on September 18, 2013, introducing a motion that the City ban outdoor food sharing on the streets of Los Angeles. This was seconded by Mitch O’Farrell and subsequently led to massive and ultimately dispositive protests opposing it. Mitch backpedalled rapidly away from his position that the Food Coalition delenda est, implausibly claiming that he only supported the motion because he “…supported the right for the motion to go through the public process, and that is why my name appears as the second signature,” putting the lie to his earlier claim to be “very proud of the work we have done…I have been leading the response on this.” The motion has withered away without even going to committee. It will expire, almost certainly without further action, in October of this year. Are you gonna communicate that by “press or social media,” Mitch? Didn’t think so…