One of the most interesting features on Windows 10 is Cortana, the digital voice assistant that’s integrated into Microsoft’s new operating system.

While we already had an idea of what Cortana would be capable of when Microsoft demonstrated it on stage at a Windows 10 event in January, we now know a few more details.

See also: Cortana is making the leap to Windows 10

At Build 2015, Microsoft announced Cortana will be able to launch apps with natural language.

“We want Cortana to represent a single way for users on Windows to interact with all types of capabilities,” Joe Belfiore, Microsoft’s corporate vice president of operating systems group, said. 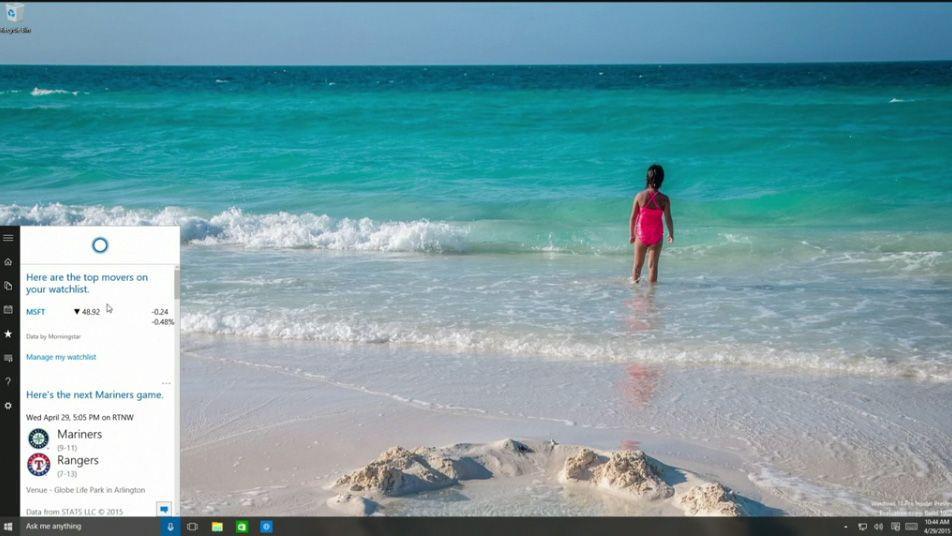 But Cortana is also “a personal assistant that can get things done for you,” Belfiore added.

“Okay, message Myerson on Viber?” replied Cortana. After saying yes, Belfiore’s message was sent — all hands-free. It was very Siri-like.

In addition to integration in Windows 10, Cortana will also be a prominent feature in Microsoft Edge, Microsoft’s new web browser.