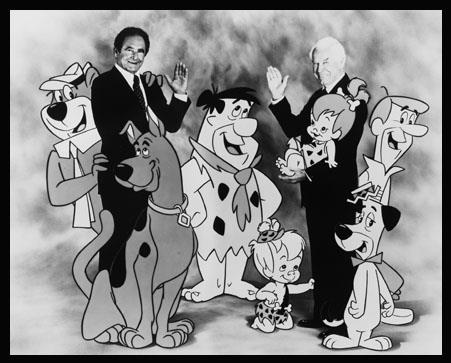 Before the rise of basic cable, Saturday mornings for many children in America were spent watching cartoons on one of three available television channels. From 1958 through the 1980s, a majority of those cartoons bore the imprint of Hanna-Barbera. Creating scores of popular series such as The Yogi Bear Show, The Flintstones, The Jetsons, Jonny Quest, and Scooby-Doo, Hanna-Barbera was an animation powerhouse and its bountiful creativity is beloved to this day. The Norman Rockwell Museum in Stockbridge, Mass, will pay tribute to the art of the award-winning studio with the new exhibition Hanna-Barbera: The Architects of Saturday Morning, on view November 12th, 2016 through May 29th, 2017.

“We are thrilled to present the first museum exhibition on the work of Hanna-Barbera,” notes Jesse Kowalski, the Museum’s Curator of Exhibitions. “This show will provide a comprehensive look into the animation team that collaborated for more than 60 years. William Hanna and Joseph Barbera, with a group of the most gifted animators and writers in the business, created thousands of memorable characters over the years. They brought animation from the movie theater into the home, forever changing the landscape of American television and popular culture.”

“This exhibition continues our look at visual storytelling in its many forms,” adds Museum Chief Curator Stephanie Haboush Plunkett. “Illustration and cartoons are the people’s art, and we look forward to further exploring their creatively-rich history.”

Jayne Barbera, daughter of Joseph Barbera and long-time producer at Hanna-Barbera, notes, “I worked for Hanna-Barbera Productions for thirty years alongside these two gentlemen. To be in a room with both of them at the same time was to experience an extraordinary genius. We were able to create happiness, adventure, and joy in the process of entertaining children.”

Hanna Barbera: The Architects of Saturday Morning will focus primarily on the golden years of the studio—from the premiere of their first cartoon, The Ruff and Reddy Show, in 1957 and The Huckleberry Hound Show in 1958 to the debut of Scooby-Doo, Where Are You! in 1969. Hanna and Barbera’s early work on Tom and Jerry will be explored, in addition to the scores of TV and film animation and live-action projects created by the studio between 1970 and 2001. Included within the exhibition will be original animation art, sketches, model sheets, photographs, and archival materials that detail the process of bringing the studio’s creations to life.