How to spy my son’s Lumia 650? I found out that my son was a bit of a freak. I plan to get a monitoring software to better monitor my son. Please give me some advice. Appreciate very much!!! – Charles Helfrich

The Lumia 650 is the first Windows 10 Mobile handset from Microsoft to sport a premium design, featuring a brushed metal band around the edge of the handset accompanied by a matte plastic shell on the back. Beautiful design, reasonable price, these will be the factors that many people buy it.

The solution for you is Windows Spy Software, the best Lumia 650 Spy App. Lumia 650 monitoring app will remain hidden on any compatible phone so it can’t be tampered tech – savvy kids. Simply install the application on any Windows based Microsoft phone you wish to monitor like Lumia 650, Lumia 640, Lumia 950 or Lumia 950XL. Lumia 650 spyware allows parents and employers to monitor Microsoft phones running Windows, Android and IOS. Once the spy app is downloaded and installed onto the Lumia 650 it silently records activities and sends them to your private viewing account. 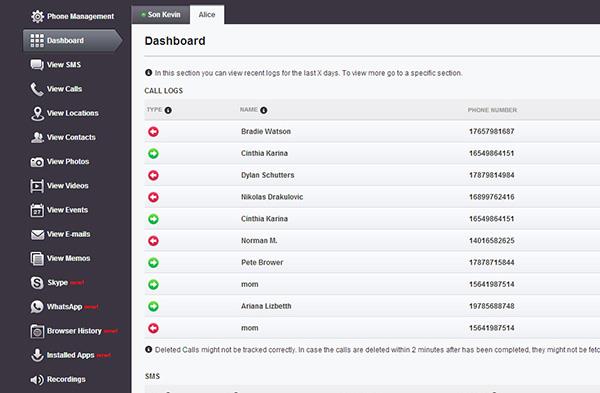 You will be able to secretly Monitor Lumia 650 because this Windows Spyware remains completely hidden from the user. Once installed, you can secretly monitor their cell phone activities 24/7 from your Lumia 650 Apy App user account.

What you just need to do is to: 1. Purchase the Lumia 650 Minotoring Software. 2. Download the application into the Lumia 650 you want to monitor. 3. View the Lumia 650’s data from any device that has Internet connection.

That’s all. You can get any detailed information via your Lumia 650 Spy App account. If you are the boss, you can use this software to monitor your employee’s cell phone or computer. The premise is that you should let them know and obtain their consent.