My SMS inbox resembles a SPAM folder more so than a collection of personal correspondence. A couple of years ago, it was jam packed with conversations with friends and colleagues. Now my network provider makes up the bulk of the messages — all automated ones. I’ve been using apps like Viber and Whatsapp for free calls and messaging between my friends. They’re faster, way more media-friendly and don’t cost anything — excluding minuscule data charges.

However, in Asia and some European countries like Spain, a new app called LINE is generating as much buzz as Vine has in the US, gathering itself over 200 million users. It offers everything that Viber and Whatsapp do, only better. It also features a much more robust revenue model and is challenging social networking sites like Facebook as users scramble for privacy.

To kick things off, let’s look at what Japan-based LINE offers upfront –  a messaging service. Upon installing the app you go through the few-minutes-long setup process involving verifying your account via traditional SMS and adding friends. Nothing special. However aside from the normal trawling of your contacts, LINE enables you to add friends by searching for usernames, scanning a QR code (each LINE user has one) or by shaking phones beside each other.

Once your friend list is topped up, you can start chatting. You can have conversations one-on-one or in groups up to a hundred. In Asia where LINE has a high user base, behavior has somewhat replicated the take-up of the BBM network in the UK with large conversations of ‘friend of friends’ acting as a kind of unofficial private social network for let’s say, a school or housing district. 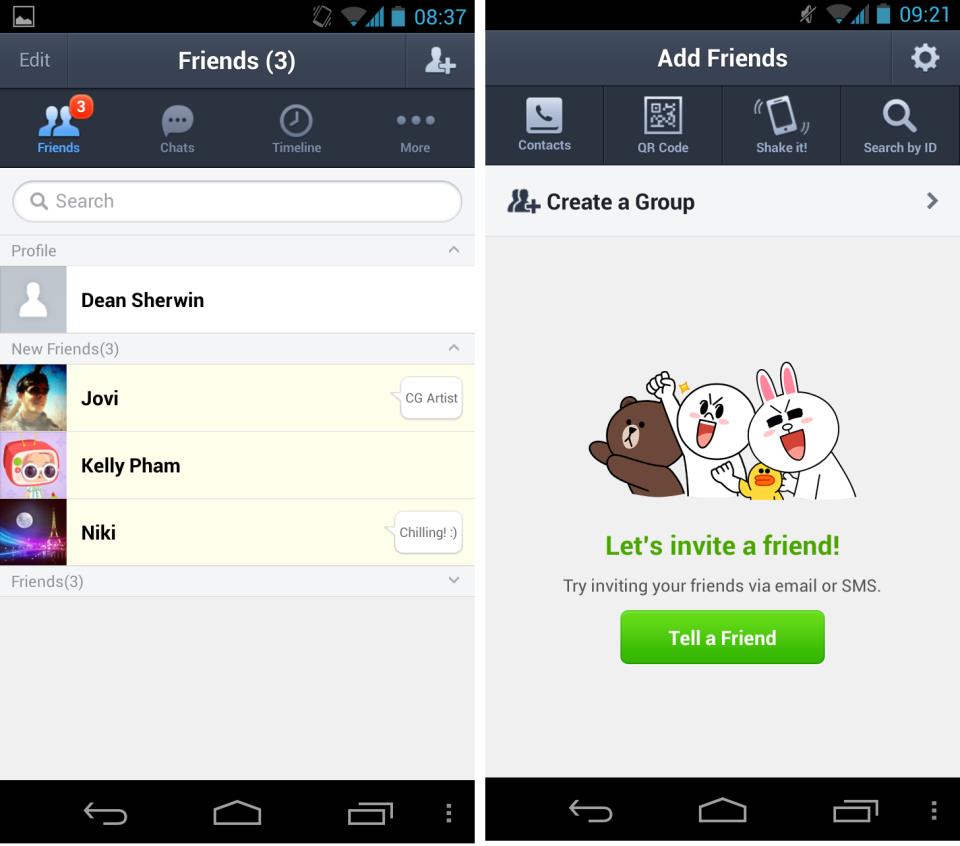 Call quality is crystal clear over WiFi and quite good over a decent 3G network. Again, Asian countries were early implementers of 4G which could explain the prominence of voice calling in the app. As the US and EU rapidly catch up however, it’ll make for an awesome feature.

One of the most interesting features of LINE, and a central component of its business model, are the stickers. They serve as the app’s second set of emoji but are without a doubt the most vibrant and useful array of illustrations I’ve ever seen. It’s possible to have entire conversations using just stickers. There are thousands of them each worth a thousand words. 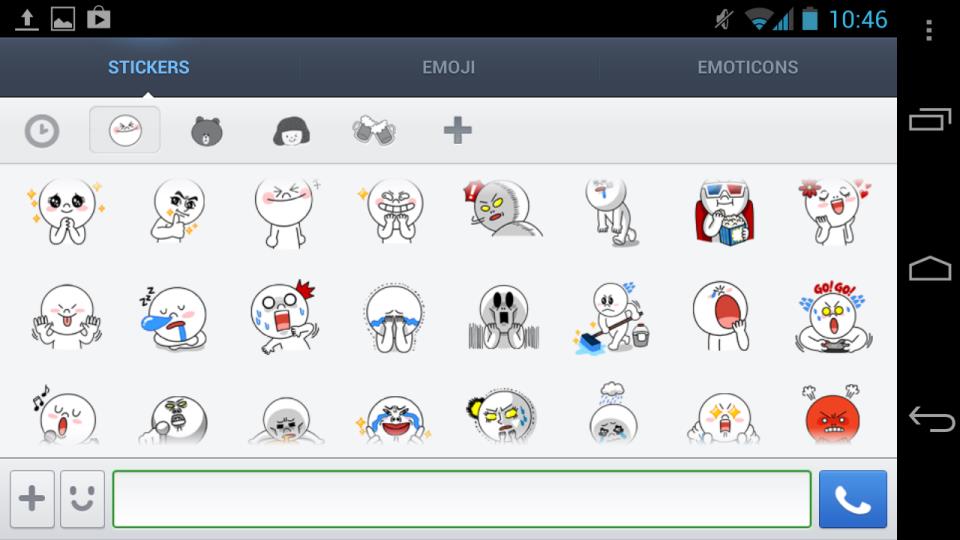 Readers familiar with Rage Comics (particularly popular on sites like Reddit) will know that the amateurish characters can be used in multiple ways to convey basic emotions and the Internet’s subcultures of in-your-face irony and ‘fail’. LINE has emulated this brilliantly and it’s without a doubt the main reason why the service is catching on with the Tumblr generation, for whom comic strips and illustrations mean as much as they did to newspaper readers in the 1950s — albeit in a totally different way.

All of this serves as the backbone to LINE. However they have made inroads into other markets – mainly to bulk up their revenue.

The app is built on vivid illustrations and emoticons, with a nod to the Japanese culture of Kawaii (cuteness). With this in mind, the developers have launched numerous games both within the app and as separate apps. Some are free, others must be purchased, but each one is styled on or heavily influenced by Kawaii. 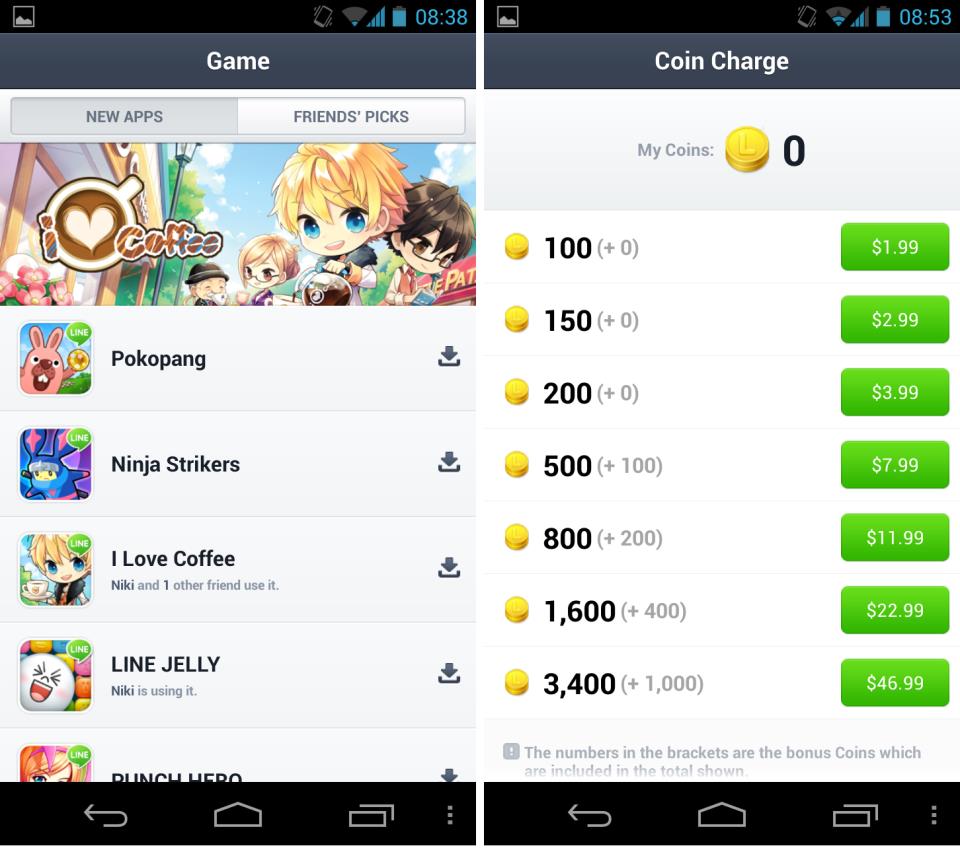