You can make international calls and receive them on Viber as long as you and the person your calling both have Viber.  I believe international calls are free on Viber because it is VOIP through the Viber network calls , and not through your wireless carrier like Sprint, T-Mobile, AT&T etc.  The thing I found interesting though is that it displays the real phone number of the person calling me.  I received a call from my friend and he Viber displayed his phone number even though Viber is making the call through it’s own network via Wifi or data network connection.  Viber also has a Viber out service that can call people that don’t have Viber installed for lower rates than phone cards.  Below is Viber Out compared to Skype rates.  Viber is indeed better than Skype in a whole lot of ways.  The best part of Viber compared to Skype app is that it doesn’t eat up battery like Skype does. 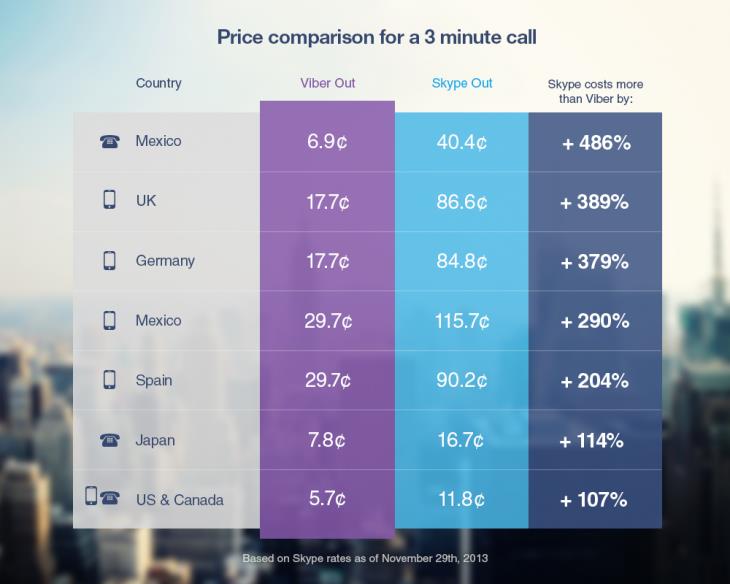