AOL Instant Messenger is ancient technology and Facebook lost it the minute your mother sent a friend request. Both have something else in common as well; they are large and monolithic messaging and social services made extinct, or in the case of Facebook, threatened, by a new crop of niche-oriented apps and services. Chances are you haven’t heard of all of these, but your kids are already likely using them, as well as those savvy in the ways of social media. 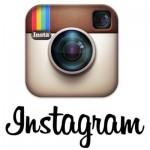 Instagram is a photo and video-sharing app that confines users to square cropping dimensions and offers a variety of photo and video filters. Users can opt to take photographs using the in-app camera, or they can import photos from their library. It supports hashtags as well as plenty of other social media platforms such as Facebook, Tumblr, Flickr, email, and Foursquare, making it easy to post across platforms, share with friends and family, and “check in” at locations. The video feature is fairly new as of this writing, but it allows for 15-second video uploads with sound and filters, and is available for free on Android and iOS. 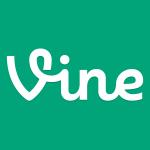 Vine is the app that provoked Instagram to introduce a video feature in the first place. Confined to six seconds, users post and share videos that continuously loop, where as Instagram photos play only once, unless prompted again. Vine is owned by Twitter, and has over 13 million users. Its popularity has emerged thanks to some clever users that have mastered being interesting or funny in six seconds or less. Vine was originally only available for iOS, but has recently opened up to Android users; and it’s free.

Who uses Vine? A ton of celebrities and those of YouTube fame are on Vine sharing six seconds of their lives with fans. 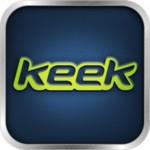 Keek is yet another video social networking app that allows users to post up to 36 minutes of video and features live-time messaging. It’s also highly populated with Kardashians. Whether they are the hipsters of video-sharing apps, or paid to promote it, anyone can keep up with the Kardashians on Keek. Users can sign up through their Facebook, Tumblr, and Twitter accounts. Keek members can also promote their account through SMS, Instagram, Twitter, and Facebook to let friends know they are breaking new social ground. Search through Klusters (which are essentially trending tags), find popular users, and promote up to four websites on your Keek profile. Keek is free for iPhone, Android, Blackberry, and Windows Phone.

Who is on Keek? An increasing number of celebrities, the entire cast of the Kardashians, and anyone looking to share videos longer than Vine or Instagram allows. 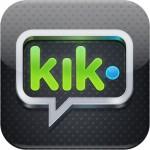 Anyone without unlimited text messaging knows the expense of going over monthly limits. Also, with text messaging essentially replacing instant messaging clients like AIM, it’s easy enough for anyone to send or receive more messages than expected. But with apps like Kik, users can workaround monthly limits and send messages for free. It’s also a great way to avoid message dilemmas when friends are on multiple platforms. Users can still get real-time messaging over Wi-Fi without excluding friends or reverting to kludgy text messaging. Kik works over Wi-Fi (but not over cellular data) and users can only message other Kik users. Kik lets users send photos, take pictures, share YouTube links, draw pictures, search for images, and even create memes; all without exiting the app. It is available for free on iOS, Android, Windows Phone, Ovi, and Blackberry.

Who is on Kik? Kik users are smartphone users that are looking for a change from their smartphone’s native app, don’t have unlimited texting, or want a better messaging client across platforms. 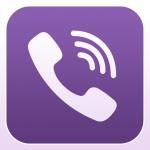 Viber is basically the phone call version of Kik. It allows users to send free text, photo, and video messages, share locations with other users, and make free HD calls to other Viber users. Since it uses VoIP, like Skype, the calls are higher quality than most users’ regular smartphone calls. Users can avoid data charges by using the app over Wi-Fi, but Viber will still work over 3G and 4G networks. It is available for free across nearly every platform including iPhone, Android, Windows Phone, Blackberry, Windows, Mac, Symbian, Nokia S40, and Bada.

Who uses Viber? Viber users are looking to keep in touch with friends and family overseas, avoid running up contract minutes, and easily message others on different platforms or carriers. 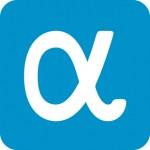 A bit different than the other social media services listed here, App.net allows developers to host and share applications they have created. Mixed Media Labs, the creators of App.net, announced in July of 2012 that the service would remain an ad-free social networking platform. It works sort of like Twitter, but without the sponsors, and it has a 256-character limit rather than 140. But beyond its Twitter-like capabilities, App.net also works with a number of file sharing, private messaging, and photo sharing apps. Users subscribe to App.net for $5 a month or $36 per year and can invite others to try the service for one month free. As of February 2013, App.net allows users  to sign up for a free account, with some restrictions. It’s available for iOS, Android, Blackberry, Windows Phones, Chrome, and as a browser plugin.

Who is on App.net? Developers as well as anyone interested in a social media platform that does not rely on advertising and sponsors to keep it going. 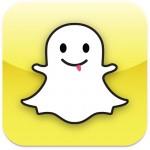 Yet another photo and video sharing app, Snapchat lets users take photos or 9-second videos and send them to others with a Snapchat account. Friends can create in-the-moment conversations with photos and videos, which also self-destruct after one to 10 seconds. Although the images are not retrievable after the set time limit expires, there have been recent reports that the images are pretty easy to find on a device. In fact, some have found it is even easier to discover Snapchat photos than photos deleted from the native photo library on a device, so keep that in mind. But either way, it is a fun way to send funny pictures to friends for a different effect than regular text messaging.

Who uses Snapchat? It’s popular with younger crowds as a fun alternative to photo messaging, without filling up the native library on a smartphone, but it’s growing in popularity, so you might be surprised to find you have some friends already on it. 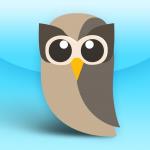