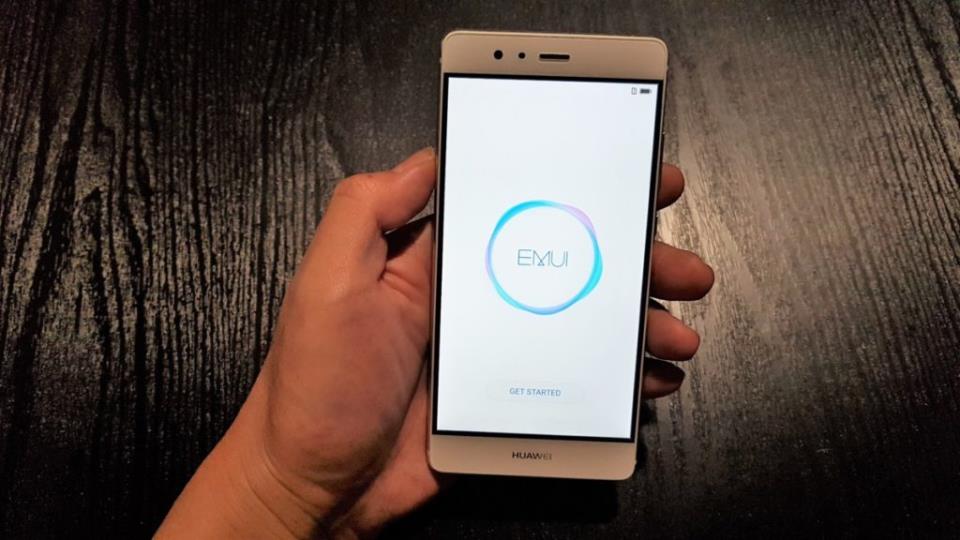 Sometime in June last year, Huawei hired one Abigail Brody as Chief UX Designer to work on their next generation of their EMUI user interfaces. Working out of Huawei’s San Francisco hub, Brody was the top gun behind Apple’s design efforts. The former Apple creative director worked at Cupertino for almost a decade and had a hand in the design of the first iPhone and iCloud and she was also vice president of global design at eBay and Paypal. Now, we’re finally seeing the fruits of Huawei’s labours with their spanking new EMUI 5.0 user interface. It has rolled out first for their flagship Mate 9 series phones and is being slowly rolled out to the Honor 8 as well as the Huawei P9 in Malaysia. Currently, most of last year’s phones from Huawei and Honor run EMUI 4.0 The aforementioned phones will be updated in batches to EMUI 5.0 so if you haven’t gotten the prompt to update your phone yet, keep checking.

What is EMUI 5.0?More than just a mere aesthetic upgrade, EMUI 5.0 is also a philosophical shift for Huawei that aims to retain the long term performance of a device as well as ensuring that all critical functionality is accessed within three clicks. The design language has also been revamped overall to make it appeal to a more global audience.Things have been simplified so that less steps are needed to get important things done on phones that will come with EMUI 5.0 like the Mate 9 and soon, the P9 and Honor 8. The vast majority of important settings will have shortcuts with more than half of the phone’s most important settings reachable within two clicks and the rest within three clicks at most.The most innovative benefit that they’re offering though is what they call a personalised on-device machine learning algorithm. The phone learns what apps you use the most and the time you use them so that it keeps important apps that you use often running in the background so that you can open them faster. While this happens the phone also dynamically manages memory and storage in the background to ensure apps are run in an optimum fashion. When the phone is idle, EMUI 5.0 also cleans up all the usual bits of memory and other claptrap that slow down a phone over time. 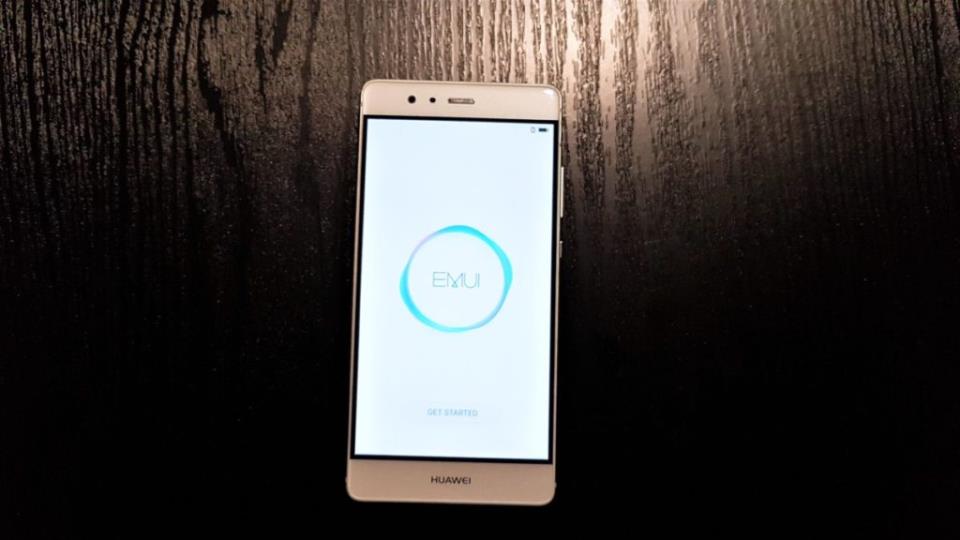 What exactly has changed from EMUI 5.0 over 4.0?To wit, quite a bit. If you’re still on the fence on what the fuss is about, here’s the lowdown on EMUI 5.0 and how it stacks up to 4.0.Neater, cleaner lockscreenOn top of a general sprucing up, the new lockscreen is cleaner and neater with less clutter. The brightness control slider is automatically available for and you can customise which shortcuts to add on the first five slots while the settings shortcut is also hardwired in the upper right corner for immediate access. Assuming you botch something, you can also use the reset button to put the shortcuts back to their default settings. 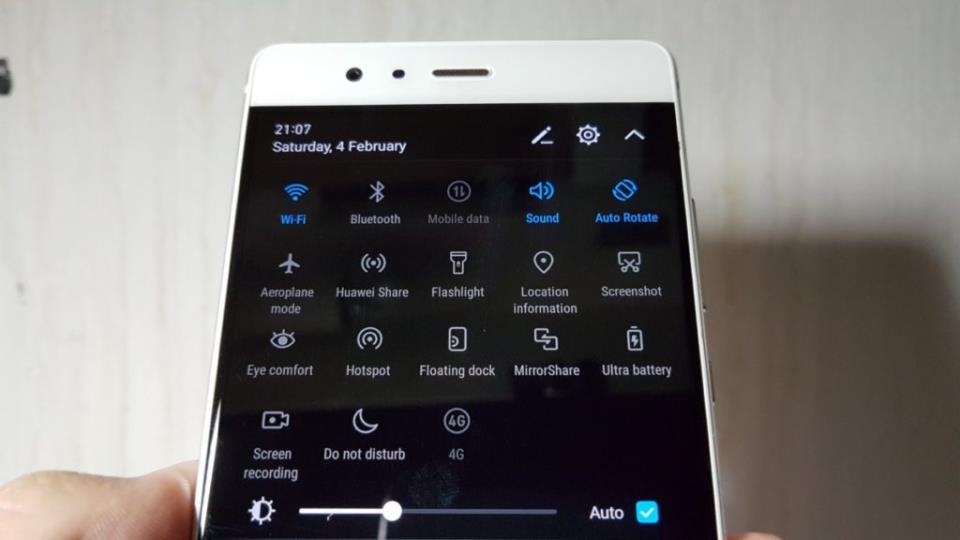 Revamped Recent apps interfaceRather than having everything in a row, EMUI stacks them vertically like cards for easier access. You’re also able to lock frequently used apps so that they don’t get closed when you kill all active apps to clean up memory. 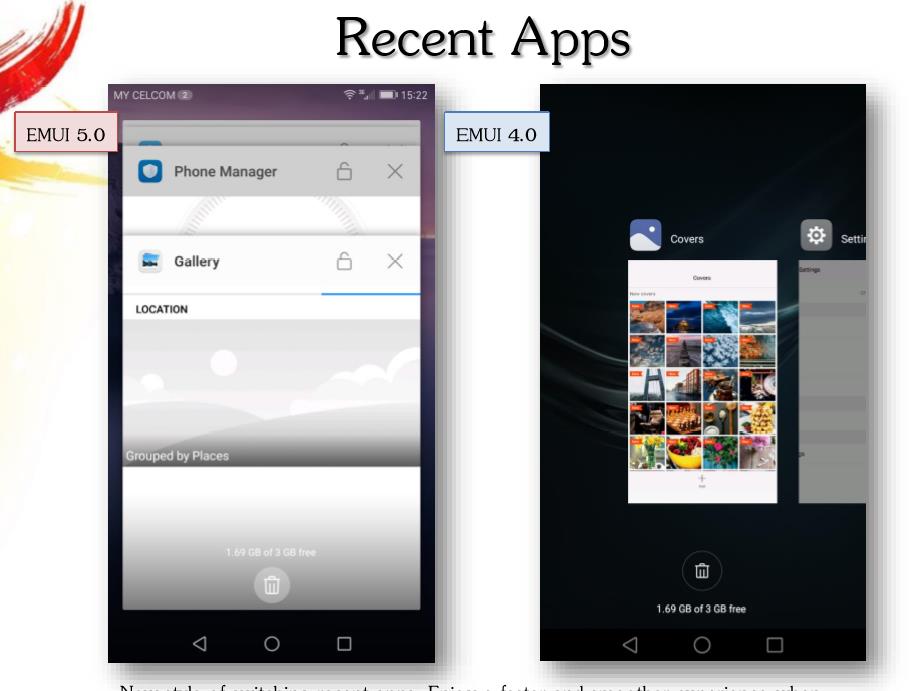 App Twin If you’re a power user who needs two Facebook or two Whatsapp accounts, EMUI 5.0 offers an App Twin function that emulates a second separate account for either app that you can switch about at will. It doesn’t work with all apps just yet but it’s something handy to have around.How do you do it: Open settings menu and scroll down, it should be clustered in the same area as Apps. 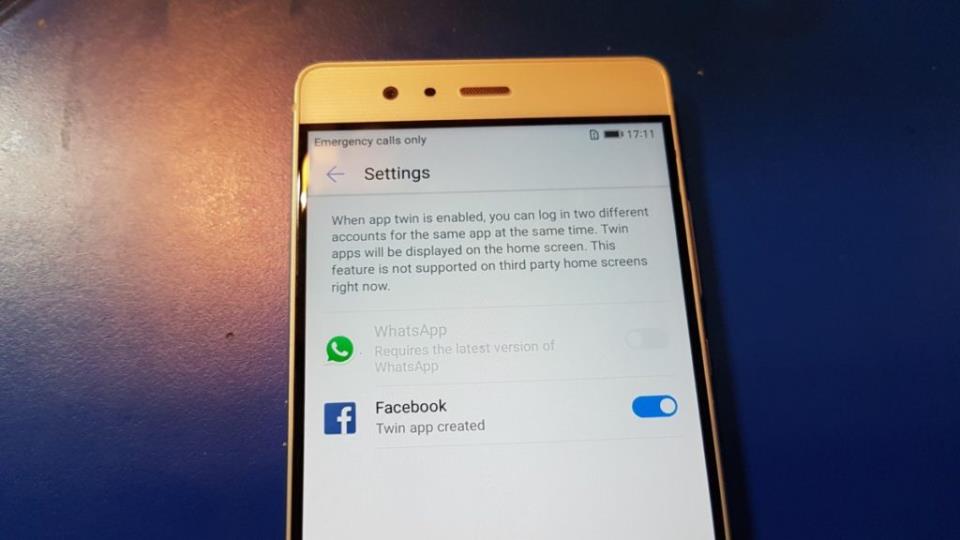 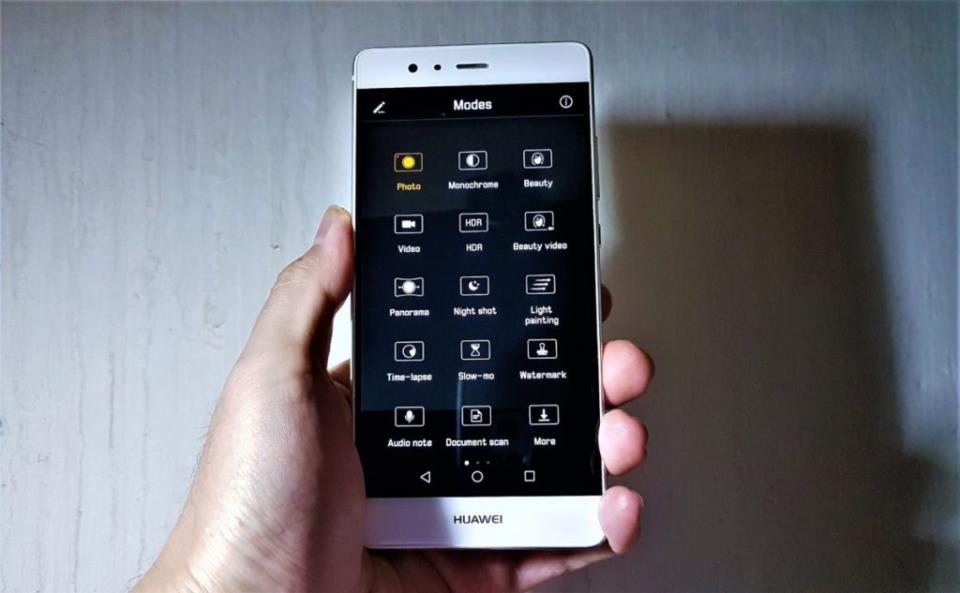 Private SpaceIf you want to keep some data private on your phone you can activate Private Space mode where you can encrypt stuff like pictures and whatnot so that only you can open it with your fingerprint. This would be a different fingerprint from that used to unlock your phone. This mode is handy if you have to loan your phone out to someone for a few minutes and you value your privacy.How do you do it: Access settings > Advanced Settings > then Users > Add Private Space 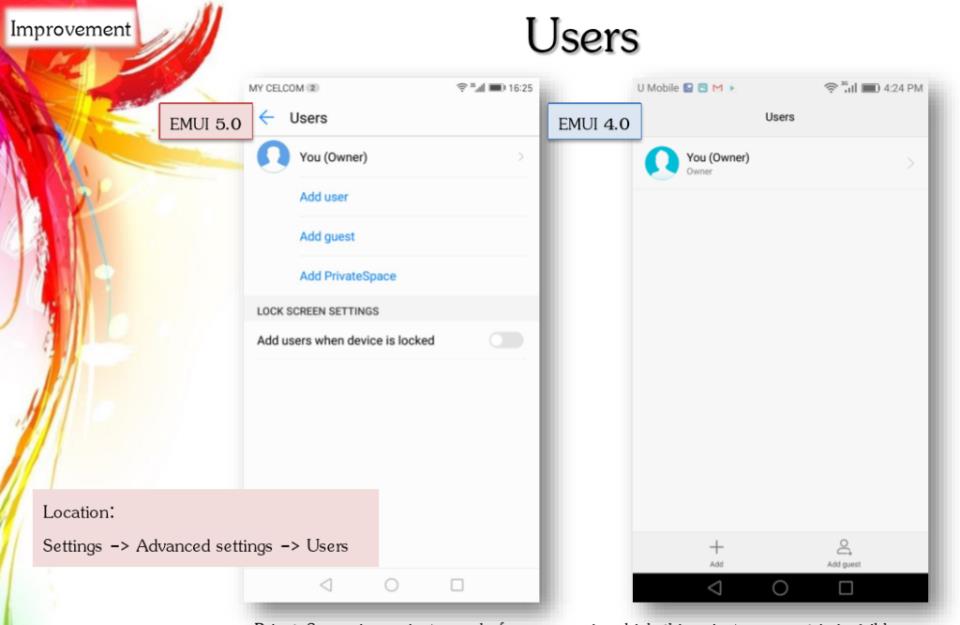 HiBoardSomewhat akin to content aggregation apps seen on other phone UIs like FlipBoard and the like, Huawei’s HiBoard lets you see suggested news of the day based on predefined settings and potential apps of interest by swiping from left to right on the home screen. 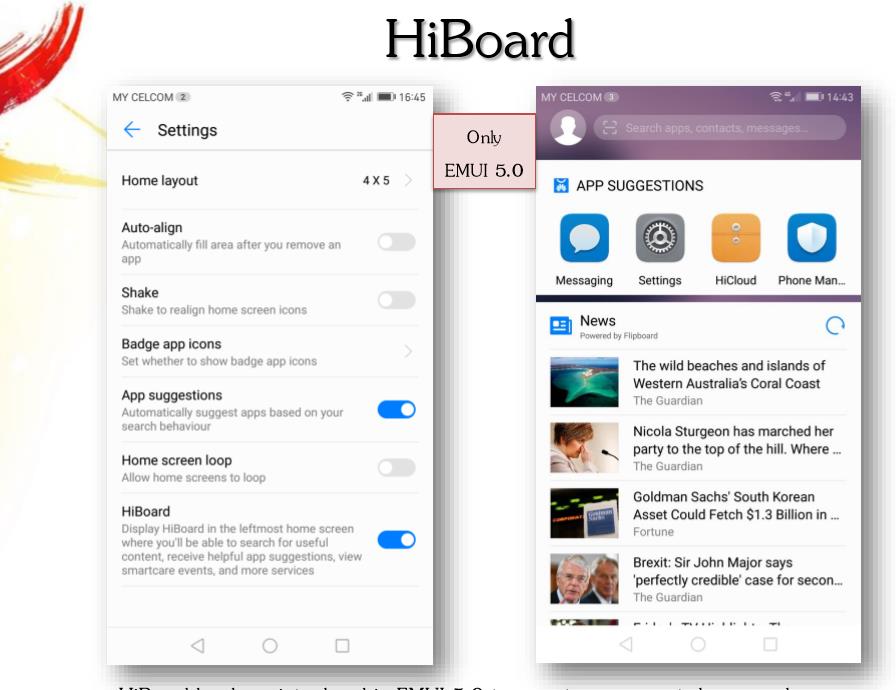 Eye Comfort Like many UIs of late, EMUI 5.0 offers an Eye Comfort mode that adds a yellowish cast to the screen to make it easier on the eyes for reading or night use. You’re able to dial the colour warmth and even schedule when it will kick in which is a step up from other UIs where you have to manually activate it on your own.

Home Screen StyleThose who miss having an app drawer can now rest easy. EMUI lets you select between having everything onscreen or having a neater drawer screen as you so desire.How do you do this: Go to Settings> Home screen style 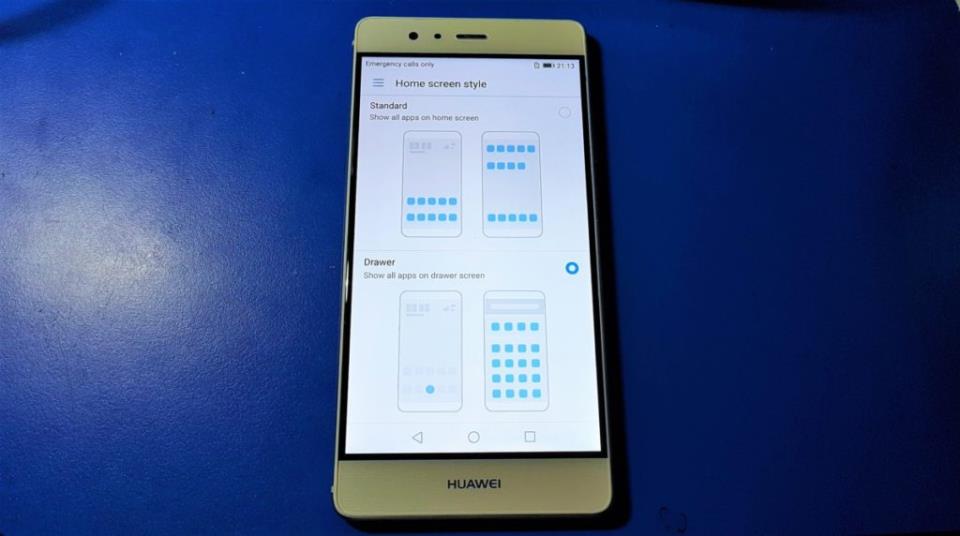 What’s The End Result?We’ve field tested the Mate 9 and a refreshed P9 running EMUI 5.0 and Android Nougat. In the case of the P9, the difference between EMUI 5.0 and EMUI 4.0 was like night and day. While figures are hard to come by, the upgraded P9 running EMUI 5.0 ran smoother, was easier to get about the menus and had slightly better battery life by several hours paired with slightly faster performance overall. According to their boffins, it’s apparently on account of efficient memory management and knowing which apps to keep in the background on account of regular use while the rest gets put to sleep to save on data and battery power. Private Space mode came in extremely handy too for Chinese New Year to prevent overly curious associates from digging around too much with the phone while the Twin App mode looks like it has a lot of potential once they’ve expanded it to other apps. The effort they’ve taken with EMUI 5.0 is impressive indeed. 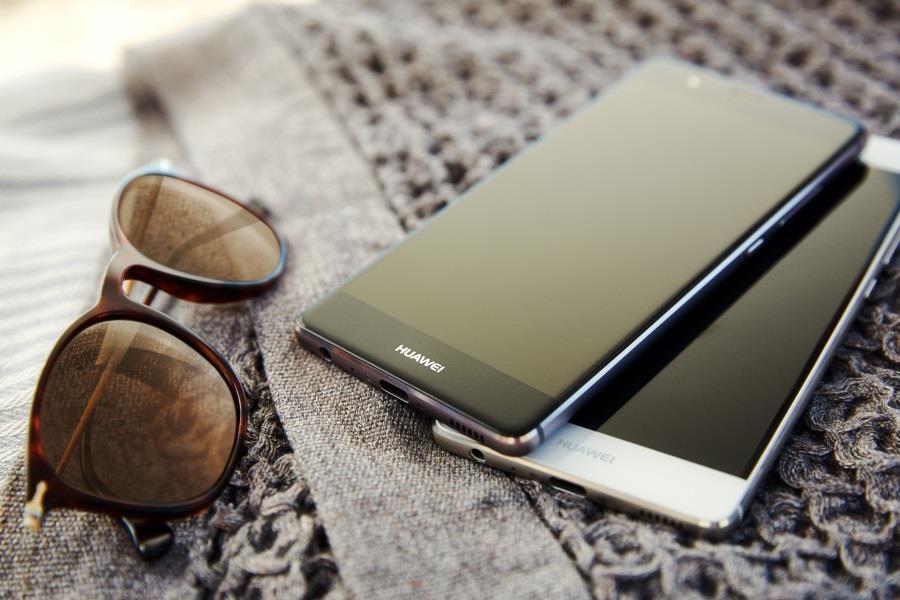