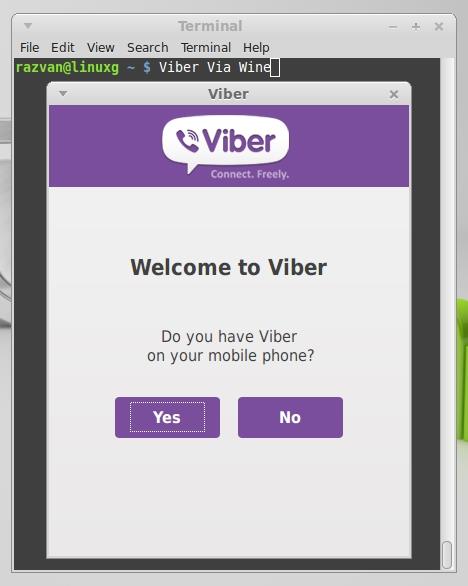 Hello Linux Geeksters. As you may know, Viber is a popular instang messaging application running on Android. Like WhatsApp, Viber has video calling fuctions and allows the users to easily send text messages and photos, without needing to register. The developers have decided to make the application available for desktop operating systems, including Windows, Mac OS X and Linux.

The latest version available is Viber 4.2, which caught up all the features that are already integrated into the Windows version. The following changes/fixes have been implemented:

For now Viber works only on 64 bit Linux systems. On 32 bit systems, we can install the Viber Client for Windows, via Wine.  The Linux version is still Beta, so don’t expect it to be bugless.

If you already use Viber on your mobile phone, setting everything up is easy. All you have to do is enter your mobile number into the application, type in the authentication code you get to your mobile app and you’ll get all your Viber contacts available in the Linux client.

Because there is no Viber package for 32 bit systems, we can only install the Windows version of Viber, via Wine.

Download the Viber installer for Windows and install it, on Wine: 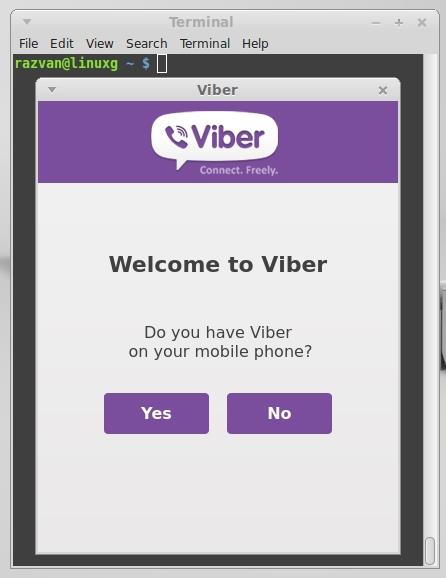 Viber is available for 64 bit (amd64) systems as a deb package, so installing it is easy. All you have to do is download the deb package from the official site:

And install it via command-line. I prefer gdebi over dpkg due to the fact that it also handles dependencies: