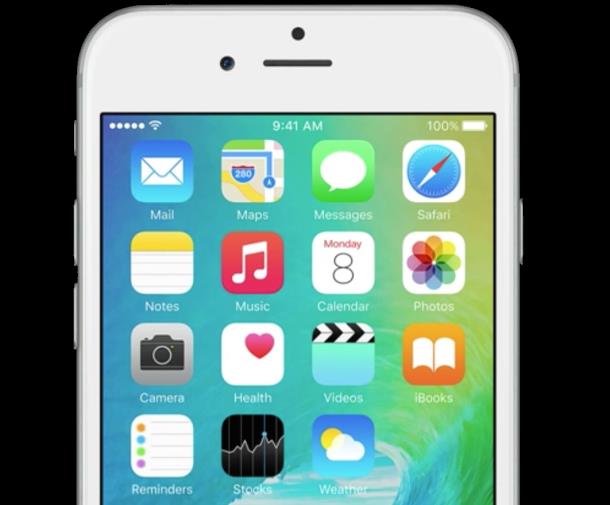 Want to hide an app or two from appearing on the iOS home screen? Maybe you want to hide all apps downloaded from the App Store, but keep the defaults visible? Or maybe you just want to hide a stock app that shipped with your iPhone or iPad like Safari or iTunes? You can do all of the above or any of the above, and none of it requires any funky tweaks or downloads to perform. It turns out that hiding any type of app is really easy in iOS.

We’ll cover three different ways to hide apps, including hiding Apple’s default apps that ship with iOS devices which can’t be deleted, hiding downloaded apps from the App Store, and another approach that will hide anything from immediate view while still retaining the apps accessibility in iOS. These tricks work in all versions of iOS. Note the apps aren’t deleted and they aren’t uninstalled in any of these processes, they are just hidden from view. Uninstalling apps is easy and fast, but completely separate.

This trick will hide any app that comes preinstalled on iOS. You can use this to hide Safari, Camera (which also disables the camera completely), FaceTime, Watch, GameCenter, and iTunes apps: 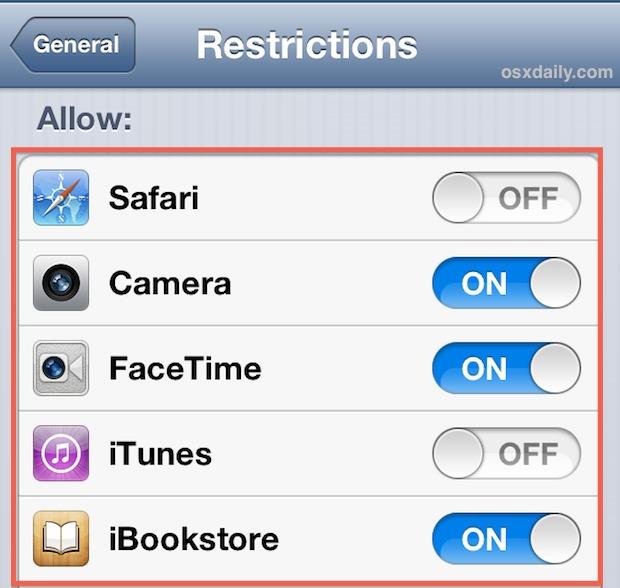 Return to the home screen to discover the apps you toggled to OFF to no longer be visible. They are still installed on the device, they are simply hidden from the user without going back to Restrictions and toggling them ON again.

Not all Apple default apps will be visible in that list, though that may change in future iOS versions, for now if you want to hide all default apps you’ll need to combine several of the tricks outlined in this article to hide them all.

Hide All Downloaded Apps from the iOS Home Screen

This is a simple way to hide every single app that has been downloaded to iOS from the App Store, removing them from the home screen: 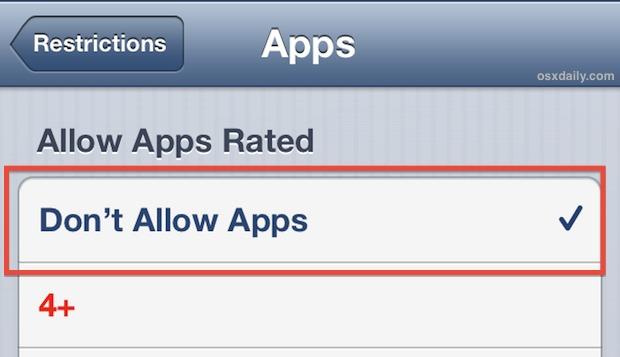 Go back to the home screen and you’ll discover all apps downloaded from the App Store are missing, even those from Apple. If you have a lot of third party apps this will make a huge difference and can take a home screen from being full to only those that came on the device to begin with: 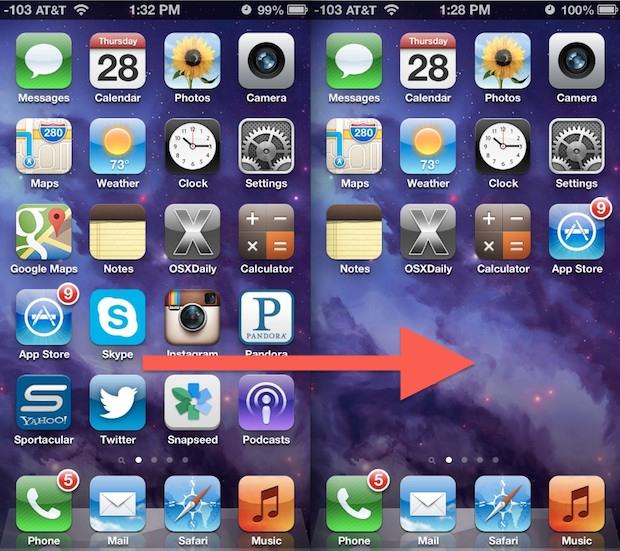 Again, they aren’t deleted from the iPhone or iPad, they are simply hidden from view until the App Restrictions are set to “All” again. This is also a decent trick to use if you want to quickly hand your iOS device off to someone else and don’t want them having access to seeing personal data contained within some apps. If you’re hiding the apps and handing an iPad or iOS device off to a child it can also be a good idea to quickly toggle the switches for age-appropriate apps, prevent apps from being deleted from the device, turn off in-app purchases, all quick adjustments within Restrictions.

Important Note: Toggling the “Hide All” option ON and OFF and ON again will reset the Home Screen icon arrangements, and any apps contained in folders will be pulled out of their folders. Be aware of this, but remember that you can easily restore your old Home Screen layout by resyncing with iTunes or iCloud (thanks to Dave, Dean, and Matt for clarifying this).

Hide Apps in a Folder

This is the age-old traditional method that has been around as long as Folders, and it’s probably best for unused apps, though it’s more like hiding something from view rather than truly hiding it. Nonetheless, it’s a valid solution in many cases and is extremely simple: 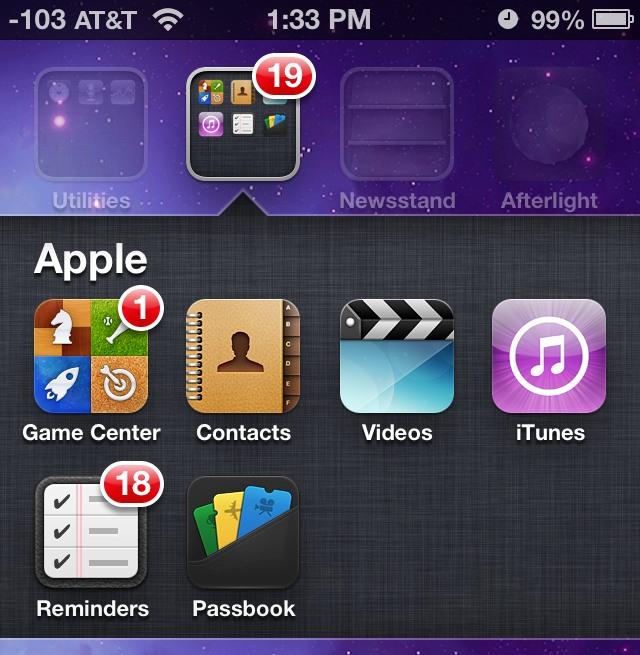 Because this relies on a folder, the app is really only hidden from the home screen because it’s now in another container. In a way this is kind of like putting something into a virtual closet that rarely gets opened rather than truly hiding it, but for some things that you can’t really control otherwise, can’t delete, and can’t hide directly, it works.

Remember, another approach is to uninstall or delete an app rather than try to hide it. Deleting apps works on apps you have downloaded from the iOS App Store, but not apps that come preinstalled since they can’t be removed.

The tips to hide apps in iOS mentioned above work in all somewhat modern releases of iOS, even if the settings screens look slightly differently the options remain possible.

But, these aren’t the only options. There are some other quirky tweaks out there that rely on software bugs, like quickly jamming apps or other folders into the Newsstand folder before it closes, but because those methods are reliable on iOS software bugs they are usually patched and don’t last too long, making them not the most reasonable solutions. Every once in a while an “App Hider” tweak will also make it’s way through the App Store either for iOS or OS X and those can work too, but because they are also relying on software bugs they typically get pulled quickly, and the bug it relied on also gets patched quickly.

Finally, there are some jailbreak tweaks out there to hide any app, but because jailbreaking is iOS version dependent, they aren’t applicable to everyone. Thus we focused on the consistently reliable approaches using legitimate ways through Settings and Folders. Do note that older versions of iOS will have another option or two when hiding defaults, and prior to iOS 6 you can hide the YouTube app as well in those same Settings options.

We don’t really recommend these alternate methods of trying to hide apps, just stick with what is built into iOS and what is proven to work across each version. Relying on a specific tweak or trick is not sustainable in the long run, so it’s better to remove the apps you don’t want, and hide the apps you don’t want to see on any Iphone, Ipad, or iPod touch.