With more than 200 million users, Viber is one of the top VoIP apps available in the stores for both Android and iOS users. Using Viber, a user can send Text, Media, Audio, Video to other user for free. The user is also provided with the Voice Calling facility to call other friends and people. Though there has been a lot of competition in this category, Viber has established too quickly and have had its success with highest number of downloads and users.

In the below am going to give you a brief description about the Viber App and its key features along with the guide “How to Install Viber on PC or Computer”.

Viber is one of the top VoIP apps available in the stores of Android and iOS. With Viber, a user can call any other user who is using Viber for free along with sending messages in TEXT, MEDIA, FILES etc. It is only free to do so, if both the USER and RECEIVER uses the VIBER. If the receiver user doesn’t have Viber installed on his device, then the Viber user making call to Non-Viber through Viber is charged with some money. 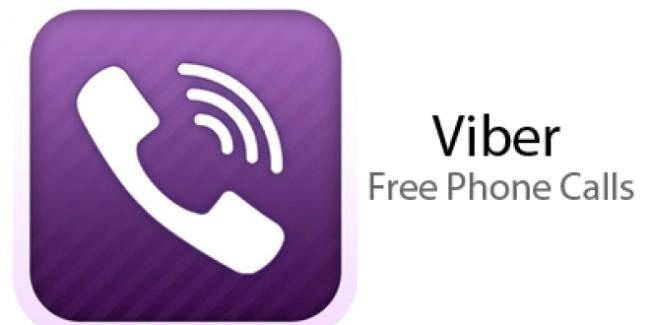 It simple means that, A Viber user can call other Viber user for free but charges are applicable if the user call a non-Viber user. However, the charged price is low when compared to your regular network charges. The user can make Voice calls, video calls in person to person or make a Group Call.

Viber only works Online IE : only with an active internet connection, either a 3G data network or a LAN connection. Since the bandwidth and frequency used by the Viber is low, the user can make call on a slow internet connection too. Now, you can use the Viber simultaneously on your Smartphone and Tablet.

1. TEXT, VOICE CALL, VIDEO CALL your friends using Viber. 2. Works on low speed internet connections and produces high sound and video quality during a call. 3. Send tetxs and make calls in groups. Can add up to 100 members to a group. 4. Consumes very less amount of battery. 5. Special stickers from the market makes it more fun while messaging. 6. Integrates with phone and updates its contacts with the phone’s contacts. 7. Viber is available for Desktop ( Windows and Mac ).

Download the Viber on to your mobile device from the store. When you open it for the first time it will be asking your phone number and only after verification of the phone number, the Viber will be activated on your device. As one of its best features, Viber automatically syncs the contacts list in to its and also shows the contacts that have already had Viber installed on its devices too.

Unlike several other apps from the App Store and Play Store, Viber has its official application for PCs. Since Viber for PC is available for almost all popular Operating Stystem platforms, the user can simply download the installer and install it on to the PC. Below is the STEP by STEP process of installing Viber on MAC and WINDOWS.

Step 1 : GO to the official website of Viber through the URL : http://www.viber.com. 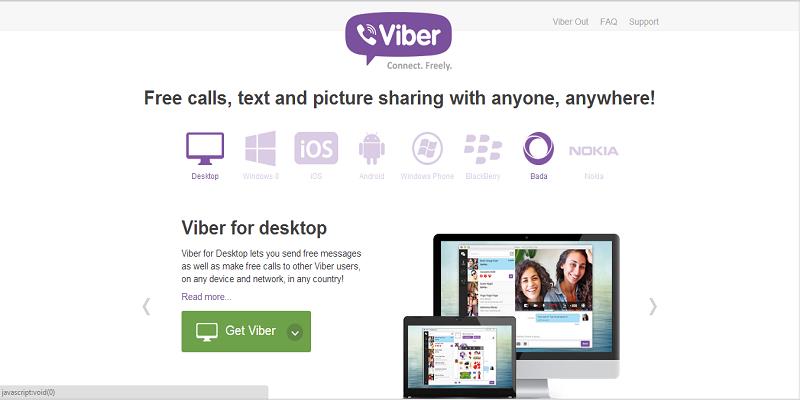 Step 2 : Once you have reached the HOME page of Viber, you will find the links download Viber for different operating systems. So, select the operating system for ehich you want to download the Viber installer. Or by default, user will be provided with a desktop application installer and it get downloaded once you click on the GET STARTED button. 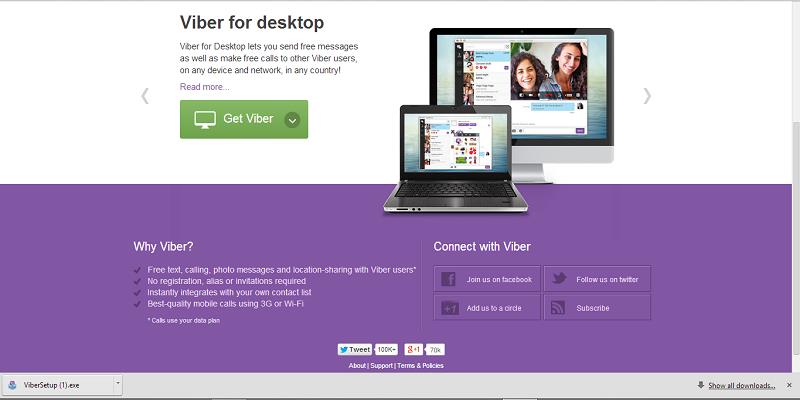 Step 3 : After Downloading the installer on to your PC, run it as administrator for extended permissions. The process begins with the acceptance of Licence Agreement.

Step 4 : Click on the ” Accept and Next” button for the next step. The process of installation will start and files will be downloaded on to your PC. 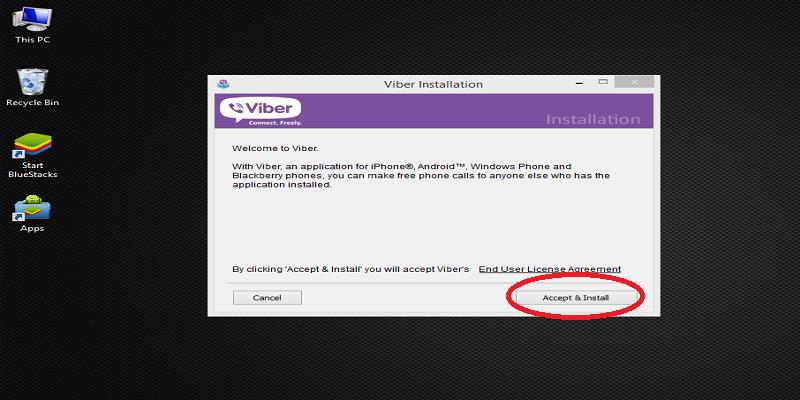 Step 5 : After successful installation of the application on your PC, it will create a desktop shortcut and automatically runs it for the first time. 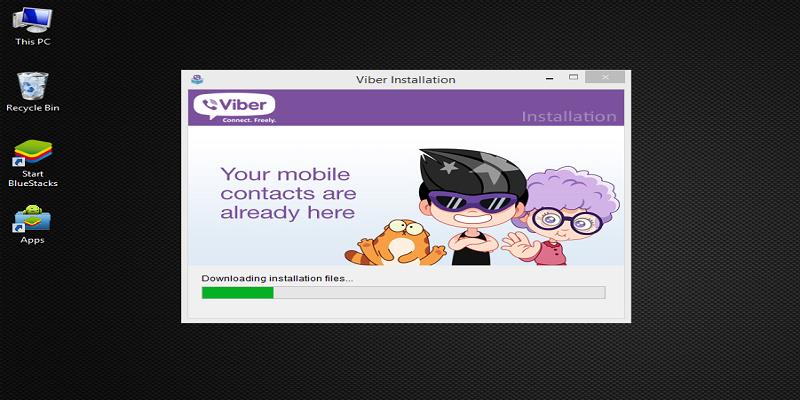 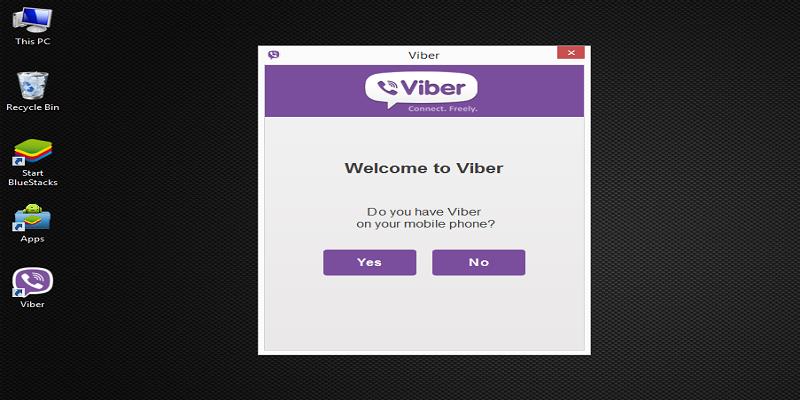 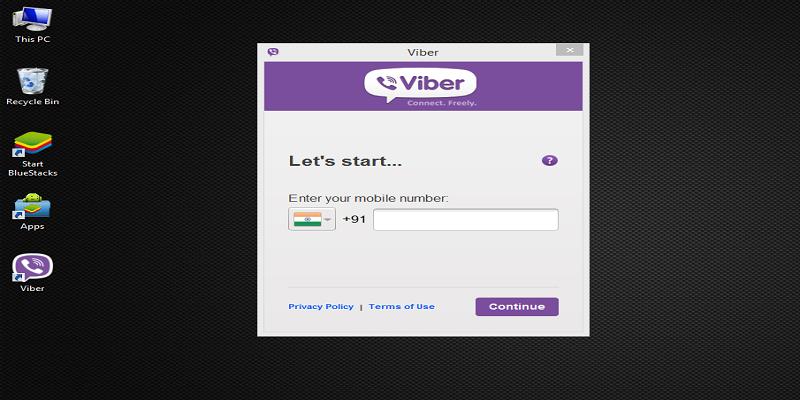 Step 8 : Enter the activation code you have received on your mobile device through Viber as shown below. 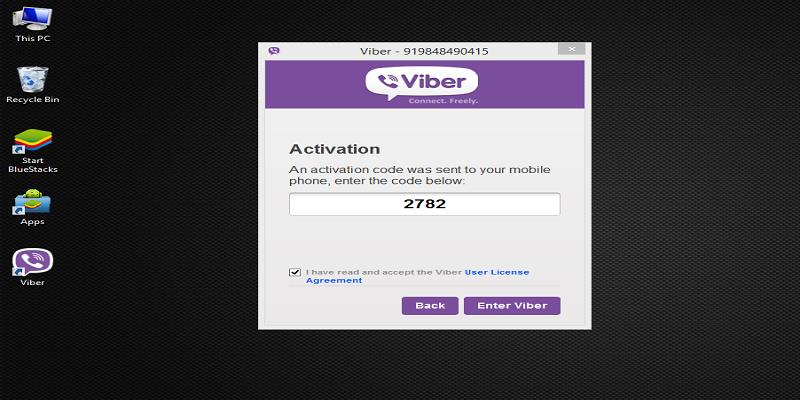 Step 9 : That’s it! You have successfully installed Viber on your PC. Now you can start making call to your friends and family members. 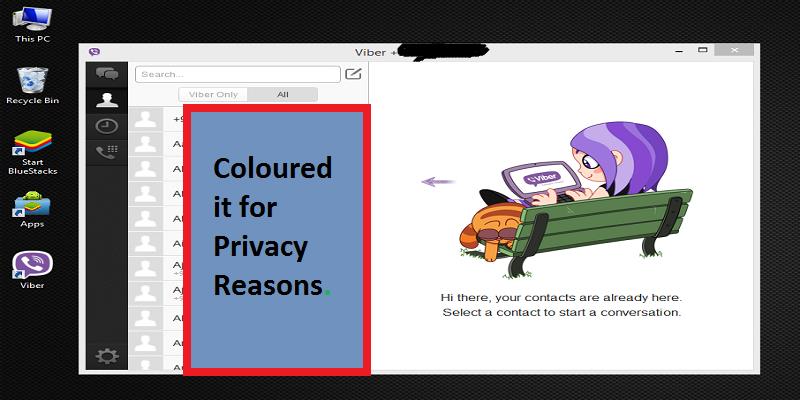