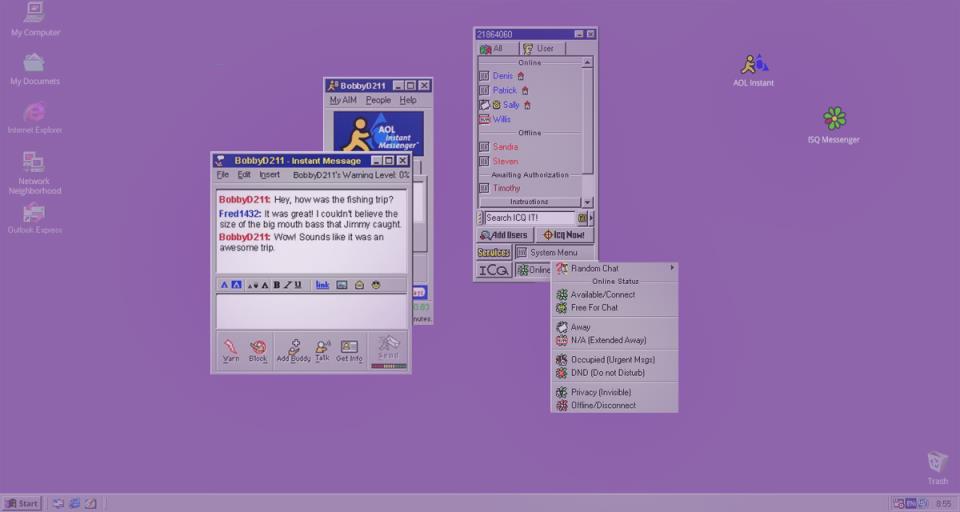 COULD PEOPLE LIVING IN THE 20TH CENTURY imagine that in the future they will write electronic letters? Humanity has still required several decades to get rid of dealing with postal services. Today we’re able to create messages and send them in just a few seconds. We’re provided with a fast Internet and a large number of messaging applications that compete with each other on the market. On average, people send out over 14 letters a day via messaging apps like Viber and WhatsApp.

The History of the Chat Apps

First off, it should be noted that Viber and WhatsApp are instant chat applications. This software allows us to communicate with each other in real-time.

In 1960 it was used as a notification system while in combination with different types of equipment. For example, with a printer or, if you know, a pager.

The next great step forward was the creation of AOL Instant Messenger and ICQ in 1990.

What about the mobile world? The situation changed drastically when we saw the first smartphones with a feature including text messages. It was a genuine messaging boom!

So, this time we want to talk with you about the mobile chat app development.

Basic features of the Messaging Apps

In WhatsApp for example, if the user wants to log in, he should enter his phone number, then verify it by means of the message from the app. Such process speeds up the beginning of the work. After that,  the user is encouraged to import contacts from his address book. But wait;, there’s also a negative side. The user is restricted to one and only mobile gadget and he can’t check an account without a phone.  Also, all users see your phone number. For many users, this is a big problem because not everybody wants to show their number.

In this case, you need to try to find out what is more suitable for your target audience.

When creating the chat application for Android and IOS, don’t forget about private and group chats. People need to feel safe on the Internet. Let’s consider the following functions:

The users don’t need to worry about expensive mobile phone plans if they have phone functions in an app like Viber. This application uses the Internet (WiFi or mobile Internet) and allows users to keep in touch with each other or their friends.

You can also introduce other varied functions which will be useful and interesting for users.

Cloud services in messengers allow users to store different files, photos, and chat history all in one place apart from a smartphone. What exactly does this mean?

It means that users with multiple devices and a single account can access messaging information at any time. Also, if a person lost his mobile phone, a chat app is deleted.  Cloud services give your users safety in an application.

By means of this function, users can show their location or just send it with a message. This opportunity helps an application become a more complex product with all the different features. Thus, the user can easily share data about the cool places with friends and express his impressions of it.

These two elements are necessary for keeping your users and their activity within the app. There is one important rule – give users the ability to customize the notifications they’d like to receive. Also, it’s a good opportunity to notify your users about some novelties and updates regarding the application.

You need to take into account that your users, apart from emojis and texts, would love to share other types of multimedia, for example, photos, stickers, gifs and so on. Sometimes with the help of the one pic, you can say so much more. Stickers are also a good method. Especially, for monetization of the app. You can create a special small store where the users will be able to purchase all these funny things.

Don`t forget about the mobile app design! The majority of users choose the application based on its appearance. Thus, try to make it as attractive and user-friendly as possible. 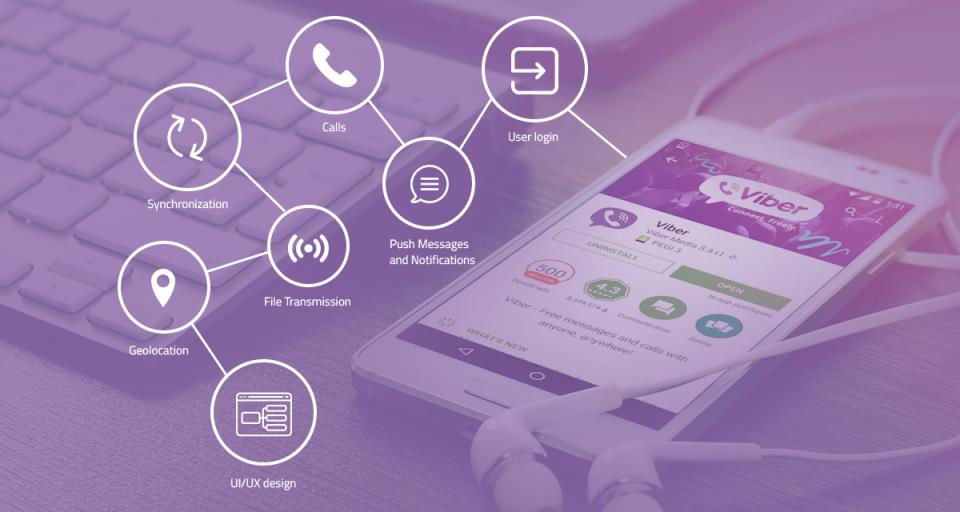 People received a great opportunity to be at several places at the same time and to traverse borders with just one smartphone. Perhaps in the past, it would look strange, but today people want to use new technologies and enjoy interesting functions.

The first chat applications appeared in the period of the revival of the first smartphones, and since that moment the audience has grown in size and complexity. Today, not just young people need the constant messaging, but the business world does too. Having such messaging means sales and marketing specialists are able to communicate with clients and easily resolve their problems.

However, the files exchange different formats, calls, a high level of security, and other features of very high importance. You have to create something truly unique to engage users. The messaging applications are far superior to simple text applications, so don’t be afraid to implement something innovative to get ahead of the competitors.