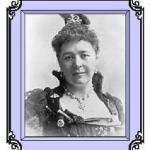 The National Council of Women of Canada (NCWC) was founded on October 27, 1893, at a public meeting in Toronto, chaired by Lady Aberdeen, wife of the Governor-General of Canada, at the Horticultural Pavilion in Toronto and attended by 1500 women.  It was founded in a period when women were beginning to organize themselves for effective community action.  Many women, looking beyond the charitable societies, garden clubs, music and literary clubs, and missionary societies to which they belonged, saw the need for societal reform, better education for women, even women’s suffrage. They realized that they would be much more effective if they spoke with a united voice.

The International Council of Women (ICW) had been founded a few years earlier, in 1888, at a meeting in Washington, D.C. The idea of a Canadian Council was developed at the ICW World’s Congress of Representative Women, meeting in Chicago in May 1893. A group of women attending from the Dominion of Canada took the opportunity to form a provisional executive for the possibility of a new Canadian Council.

From its beginning, the National Council worked to improve the status of women. Some of its earliest efforts were directed towards improving the lot of three underprivileged groups/women prisoners, women working in factories, and women immigrants. By 1900, its members were reporting the appointment of matrons in some institutions housing women prisoners, and of women inspectors in Ontario and Quebec factories where women were employed.

Lady Ishbel Maria Hamilton-Gordon Aberdeen, the wife of the Governor General and founder, agreed to become the first president, and the rapid spread of local Councils across Canada owed much to her energy and enthusiasm.  Lady Aberdeen was never for a moment a figurehead president, and when she left Canada in 1898, her executive lamented “…We feel that in losing your stimulating and energizing presence we are losing that which has hitherto been the mainspring of our organization.” 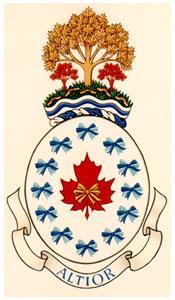 As part of its Centennial celebrations, the NCWC was granted an official Coat of Arms in 1993. For more details, visit: Coat of Arms 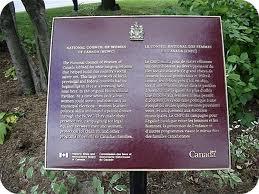 The National Council of Women of Canada was designated by the Government of Canada as being of historical significance for its role in Canadian women’s history, and, in particular for advocating social and health care reforms.

In August of 2005, Parks Canada and the Historical Site and Monuments Board of the Government of Canada installed a National Historic Site commemorative plaque in the Allen Gardens, Gerrard and Jarvis Streets, in Toronto, Ontario.  The founding meeting of the National Council of Women of Canada was held here on October 27th, 1893.

“The National Council of Women of Canada lobbied for wide-ranging reforms that helped build this country’s social safety net. This large network of local, provincial and federal councils had its beginnings in 1893 at a meeting held near here, in the original Horticultural Pavilion.  At a time when only a few women could vote and then only in municipal elections women learned political skills and found a political voice through the NCWC.  They made their presence felt, campaigning for legal equality between men and women, protection for children, and other programs of benefit to Canadian families.”