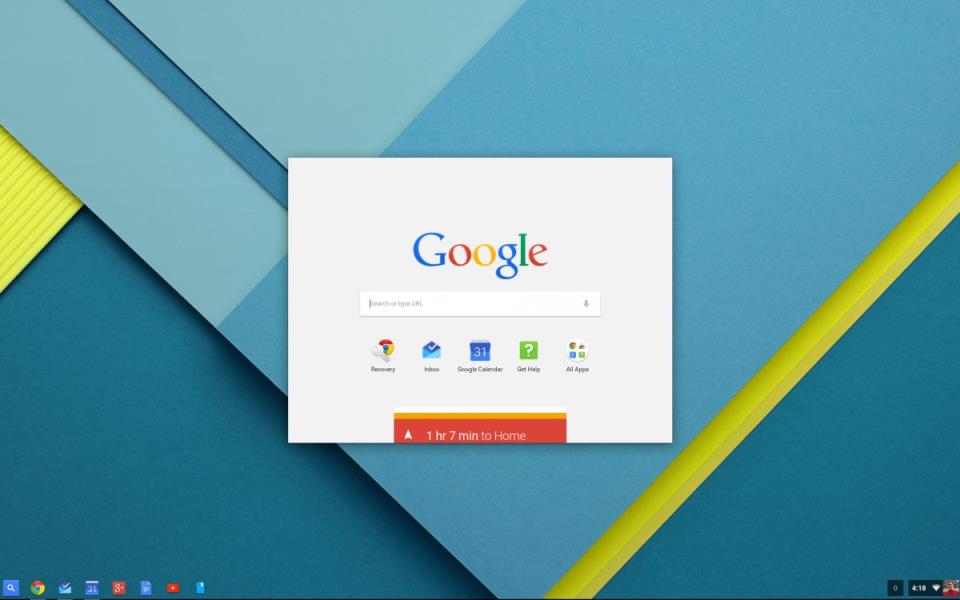 It’s always been a little puzzling why Google had two operating systems, Android and Chrome OS. Over time, Google seems to have realized that itself, and is bringing the two closer and closer together.

Today, Google took the wraps off some new features coming to Chrome devices that will make them more like Android than ever before.

At a media event meant to spotlight Google’s dirt-cheap Chrome hardware, including the Asus Flip tablet/laptop combo and the Chromebit computer-on-a-stick, Google Chrome user interface product manager Josh Woodward was also on hand to show off some of the changes coming to the operating system.

We already knew that Google was working with developers like Vine, DuoLingo, and Evernote to get their Android apps up-and-running on Chromebooks, but we have our first glimpse of how that’s going to work.

When you press the “search” button that’s on every Chromebook’s keyboard, up will pop something that looks a lot like an Android home screen, including a search bar and some app icons, for both Android and your stock-standard Chrome Web Apps.

Plus, you’ll be able to see your Google Now cards for up-to-the-minute personalized information like weather, travel times, and news — the same as you can from your Android phone or tablet. 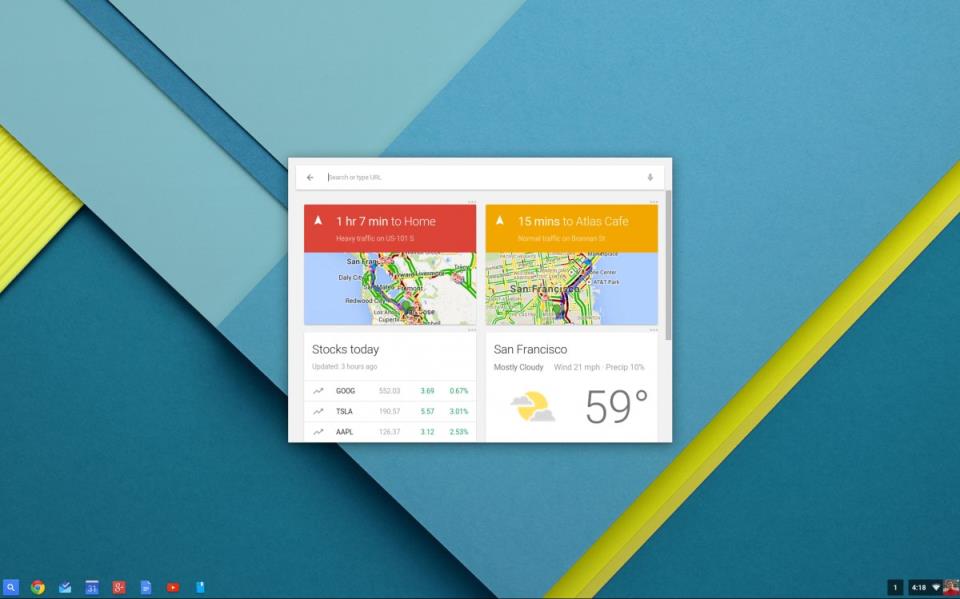 Woodward showed a demo of the Android version of popular chat app Viber running on Chrome OS. It worked well, and even let him place a phone call.

Similarly, Woodward played a video of a high-speed motorcycle race being played on the Android version of VLC Media Player running on a Chromebook that was smooth and with a minimum of stutter.

Android apps on Chrome OS will be available first on the Hisense and Haier low-end $149 Chromebooks, but thanks to a speedy Chrome release cycle, they should be out on every Chromebook within six weeks of today. Google has also released tools for any Android developer, not just Google’s chosen few, to bring their apps to Chrome OS.

Beyond apps, there are some other ways the two platforms are coming together, too. The Asus Flip, a Chromebook revealed today that’s half laptop, half tablet, will bring a new touch interface for Chrome OS that takes as much from Android as it does from Windows 8’s Live Tiles, making it easy to work with it while it’s in tablet mode.

Also, Chrome OS will soon get a feature called SmartLock, where you can use an Android phone as a key to unlock a Chromebook without a password and without having to take the phone out of your pocket. (If your stuff gets stolen, in what Anderson calls “the gym bag scenario,” you can remove that ability remotely.)

And on a much more subtle note, Anderson says that the team is slowly changing little things like the typefaces on Chrome OS to be closer to Android.

There’s one thing that Android is hoping to take from Chrome OS, too: That speedy, six-week release cycle. As anybody with an Android device knows, waiting for a system update to come through can be a frustrating waiting game, and Google is looking into ways to speed it up.

Google VP of Product Management Caesar Sengupta, also at the event, said it was a pet peeve to see outdated Android operating systems on products currently for sale.

“Every time I see a Jellybean [Android] phone out there for sale, a little part of me dies,” says Sengupta.