In 2013 Deborah Ahenkorah, cofounder and executive director of Golden Baobab (a social enterprise aimed at promoting African children’s literature), wrote an article in The Huffington Post titled “Where Are the Stories for African Children?” In it she decried the relative absence of books in which African children could see their physical likenesses, beliefs, and immediate everyday experiences reflected. I remember reading the article and thinking that someone should write one titled “Where Are the Stories for Caribbean Children?” At the same time, the idea of yet another article taking the “all-white world of children’s books” to task felt redundant and discouragingly pointless. Four years later, annual publishing statistics from the Cooperative Children’s Book Center (CCBC) reveal that little has changed. Well, not exactly. Something has changed: my mind. Speaking out about diversity issues in publishing can seem like a Sisyphean task, but, like the Caribbean American writer and activist Audre Lorde, I “have come to believe over and over again that what is most important to me must be spoken, made verbal and shared, even at the risk of having it bruised or misunderstood.”

The Caribbean is one of the most culturally, racially, and linguistically diverse regions on earth. It comprises thirty-one island territories and over seven hundred islands in the Caribbean Sea, as well as those parts of the surrounding continental mainlands historically linked to it; at least fifty-nine languages are spoken. Unfortunately, its history is also one of deep-seated colonialism, imperialism, and racism — battles that are still being waged today and that shape the ongoing perception, and resultant marginalization, of a varied and vibrant region. What this can mean for children’s books is that still, and all too often, others are telling our stories at the expense of authenticity and “own voices,” leading to the perpetuation of a North American/European outsider view of our cultures. And with the big conglomerate publishers as competitors, homegrown Caribbean-based publishers hardly stand a chance.

Caribbean people as a group have often been overlooked in children’s book diversity discussions, even by campaigns such as We Need Diverse Books. My own analysis over a six-year period reveals that, on average, only fifty-eight English-language children’s and young adult books with Caribbean protagonists or by Caribbean authors are published annually, and sixty-two percent of them are self-published. This includes books published in the Caribbean, North America, and elsewhere. The Américas Award for children’s and YA literature, an award that specifically recognizes Caribbean American communities, does an excellent job of rewarding exemplary books for young people, but it is, in effect, a Latino award: in its twenty-four-year history, only seven of the awarded titles have been Anglophone Caribbean books. Caribbean American Heritage Month (June), established to highlight the longstanding, significant contributions of Caribbean people to American society, is yet to be recognized across the children’s literature world. Very few publishing trade magazines bother to highlight Anglophone and Francophone Caribbean children’s and YA authors and books. (Hispanophone Caribbean books are often recognized as Latino literature.)

Meanwhile, as they have been for centuries, children in the Caribbean are raised on a steady diet of North American and European literature penned mostly by white people from the countries that colonized ours. To use Dr. Rudine Sims Bishop’s metaphor, books can be “mirrors, windows and sliding glass doors,” and we need more mirror books that affirm the Caribbean child’s inherent belonging in the world.

Historically, a large percentage of traditionally published children’s trade books labeled as “Caribbean-interest” have been written, illustrated, produced, and published by cultural outsiders who, sometimes despite their best efforts, fail to ensure that the representations in books are accurate and affirming. Google any traditionally published Caribbean children’s picture book and chances are a Caribbean person has not illustrated it; Faustin Charles’s A Caribbean Counting Book, illustrated by Roberta Arenson (an American), is just one example of a picture book whose artwork is offensive to many Caribbean readers. The recently published novel My Brigadista Year, by the otherwise brilliant Katherine Paterson, was questioned by the current Young People’s Poet Laureate, Margarita Engle, for being historically and linguistically inaccurate. In Darkness by Nick Lake won a 2013 Printz Award despite cultural errors (Haitians do not eat fish and chips, for example) and its use of Hollywood-ized ideas about Vodou — two examples of what Haitian American author Ibi Zoboi describes as the book’s “glaring failure to humanize Haitian children and present a nuanced view of how Haitians grapple with trauma and poverty.” American authors such as Patricia Storace, Jan Brett, Robert D. San Souci, Frané Lessac, and Phillis Gershator have published children’s stories that display a superficial relationship with Caribbean culture. Moreover, books like these are often praised by mainstream review outlets that lack the cultural sensitivity to pick up on problematic issues.

Where are the children’s books about a city-dwelling Jamaican child coping with the death of her pet, or an Antiguan child using his imagination to entertain himself on a sick day, or an affluent Haitian teen who (God forbid) stays in the Caribbean and falls in love for the first time? This is not to say that Caribbean children’s books should never be problem- or issue-based, but there should be much more room for stories of magic, fantasy, humor, and the everyday, albeit stories that don’t put the Caribbean child in a stereotypical box filled with sun, sea, and sand. Too many of the so-called “Caribbean-themed” books have the trappings of tokenism. One can almost imagine Caribbean readers turning their collective backs on these books and saying, “No thanks, I’m not your teachable moment.” 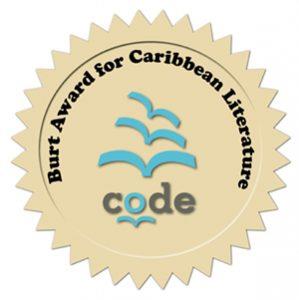 Lately, there have been some promising signs. The Burt Award for own voices in Caribbean YA literature was established in 2014 by the Canadian Organization for Development Through Education. Anansesem (anansesem.com), the online children’s literature magazine I started in 2010, provides a public forum for discussion and publication of Caribbean children’s stories by both adults and children. And there are a growing number of children’s and YA publishers set up and run by Caribbean people: Editorial Gente Nueva, Educa Vision, PLB Editions, LMH Publishing, Blue Banyan Books, and Campanita Books/Little Bell Caribbean, to name a few. Not all books produced by cultural outsiders are objectionable, but Caribbean publishers are most likely to get it right, and the privilege to tell and prosper financially from our stories should firstly be ours. As writer Zetta Elliott urges us to remember: “If we do not create stories that expose the beauty and complexity of our varied realities, we will indeed remain trapped by the ‘fictions’ created by those outside of our cultures and communities.”

Diversity discussions in publishing have to move beyond appraisals of the content of books to addressing global economic inequalities underlying the system. The monopolistic practices of mainstream North American and European publishers have unvaryingly stunted the growth of a homegrown Caribbean children’s book market. This is partly due to the mesmerizing influence of “First World” culture and products; Caribbean booksellers, libraries, and consumers are caught up in the vicious cycle of dependency on foreign imports, a lasting relic of colonialism. On an economic level, Caribbean publishers flounder due to unrestricted competition from the “Big Five” U.S. publishers that control the international buyers’ market. Positive change will perhaps only occur decisively when the international conglomerate publishers are forced to break up their oligopoly of the international children’s book market.

The work of foreign literacy charities and “voluntourism” projects in the Caribbean have also hindered the growth of local children’s publishing. Over the past fifty years, the Caribbean has become a magnet for North American and European literacy development workers who visit the region in a steady stream, bringing literally millions of children’s books with them that are then donated to Caribbean schools and libraries. These foreign literacy projects are well-intentioned but shortsighted and paternalistic. At no time was this more evident than during the rebuilding effort following the 2010 earthquake, in which Haiti became a virtual dumping ground for thousands of French children’s books — the need for culturally relevant children’s books written in Kreyòl, the language spoken by eighty percent of Haiti’s population, being patently ignored. Library for All (libraryforall.org) has compiled an invaluable list of Haitian and Caribbean publishers, many of which publish Kreyòl children’s books (and there are many good self-published ones, too), but these resources remain severely underused.

The mercenary fact is that foreigner-led literacy interventions in the Caribbean are partly driven by financial self-interest. North American and European publishers sell off their excess inventory to the many foreign literacy charities operating in the Caribbean, which leads to “donation dumping.” International economist Dambisa Moyo coined the term “dead aid” to argue that development assistance sent from the West to Africa is not merely a waste of money but actually a cause of Africa’s persistent poverty. The deluge of North American and European children’s book donations to the Caribbean is another form of “dead aid,” as it has not only undermined the Caribbean children’s book economy but also fosters the ongoing colonization of Caribbean children’s reading material, perpetuating their cultural disenfranchisement. The foreign charities would do much better to invest their money in Caribbean publishing through local purchasing, import substitution on books, funding, and professional development assistance. This would help Caribbean publishing economies become self-sufficient.

It is time to allow Caribbean children’s books to move beyond being culturally exhibitionistic. Everything is culture, but culture is not everything. Even as the crucial goal of diversification of children’s publishing is pursued, the insidious cultural objectification of minorities in “diverse” children’s books needs to be resisted. The social anthropologist Peter Loizos has described culture as a “cloak of many patches” that can be worn in many ways and set aside when needed. It’s time to lift the cloak of culture for Caribbean children. 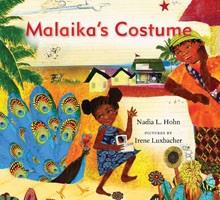 Last year, Marley Dias, an eleven-year-old American girl of Jamaican heritage, was able to deliver one thousand “black girl books” to children in Jamaica, and while her effort was outstanding, Jamaican children don’t just need “black books,” they need Jamaican books. The identity politics of America, founded upon the primacy of race, do not necessarily apply to the rest of the world, and certainly not to most of the Caribbean. But if we can learn one thing from a smart eleven-year-old girl who tells it like it is, it’s that we should be unapologetic in our demands for children’s books that speak to us, not about us.

A Selection of Caribbean-set Own Voices Books

Running the Road to ABC (Simon, 1996) by Denizé Lauture; illus. by Reynold Ruffins

In the Land of the Shak Shak Tree (Macmillan Caribbean, 2005) by Jade Small; illus. by Rachel Parker

The Jumbies (Algonquin, 2015) by Tracey Baptiste

In the Shade of the Níspero Tree (Orchard Books, 1999) by Carmen T. Bernier-Grand

Tales from the Caribbean (Puffin Classics, 2017) by Trish Cooke

Why Does the Coquí Sing? (Holiday, 2004) by Barbara Garland Polikoff