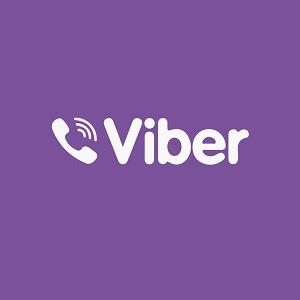 After quite some time, Viber has come up with an updated version of both the iOS and the windows phone platforms.

These two platforms generally have to wait in queue before Android gets its share and this has happened this time as well.

This application is one of the first ones to provide Voice calling, of course second to Skype, but its services in terms of stickers, voice calls and video calls are much better than what WhatsApp used to be providing all these days.

Viber is still a few steps ahead of WhatsApps because it provides gaming among users and video calls that whatsapp does not.

Nevertheless updates have come in and users have already downloaded them in huge numbers.

The latest updated version of Viber that we have been able to get on the iOS platform for the iPhone is the version 5.6.1. This version of the software which is rather stable, was released on 10th November, 2015.

The size of the file is about 83.6MB and is compatible with devices running iOS 7 and above.

The devices covered in this are iPhones, iPads and iPod Touch devices.

The new versions of the OS would provide users with improved services in terms of calls, which can now be placed in HD quality.

The number of voice breaks and calls drops have been significantly reduced.

However, much would depend on the bandwidth of the network you are in. Asides, any user can start group chats with almost a 100 people and growing, can use hashtags and emoticons, and not to forget the games that can be played among users and witty stickers that can be sent across.

The windows phone  devices have seen Viber getting updated to version 5.1.1.

These devices on Viber will be able to get good quality calls, better interface and a really fast performance.

Asides, switching calls between Windows PC and Windows Phones will be very easy, even when you are on call, and the momentary lag will be so negligible that the person on the other end of the line would not even be able to gauge that you just switched devices.

In short, Viber continues to be one of the most versatile internet messaging apps ever.

The best part is that the application can be moved into the SD card of your phone just in case you are running short of internal memory. Download to your devices to day to get the best features, all for free.