Dolly Parton celebrated her 70th birthday in January, and will soon celebrate her 50th wedding anniversary, so let me tell you a quick story or two.

Did you know she was once a regular performer on Chattanooga TV? No, she never lived here or worked as a full time employee like Jim Nabors, but she made the weekly trip from Nashville to the Channel 3 studio for “The Porter Wagoner Show.”  In the 1960s, before videotape became affordable, Porter took his busload of pickers and singers around the south for weekly shows on local TV stations.  Monday night they might be in Birmingham, Tuesday in Chattanooga, Wednesday in Knoxville, and so on.

During my various interviews with Channel 3 employees of that era, they recall Porter’s bus pulling up to 1214 McCallie Avenue to unload their gear.  There were tiny little dressing rooms in the building, used by newsmen, wrestlers, and country music stars.  They tell me that Dolly, barely five feet tall, would “carry a box about as big as she was,” which contained her gigantic wig.  Once she was in full Dolly mode, she would emerge for her solo number, usually followed by a duet with Porter.

Not long after their weekly Chattanooga visits, Porter’s sponsors (Duz Detergent, Soltice Rub, and Black Draught Laxative, to name a few) decided that taping the shows in Nashville was more affordable than those weekly bus trips.  But Dolly had certainly made a big impression with the crew at Channel 3.

She has another strong connection to our area. It’s a popular myth that Dolly and Carl Dean were married at the Ringgold Wedding Chapel, or the Catoosa County Courthouse.  Actually they exchanged vows at Ringgold Baptist Church on May 30, 1966.  A historical marking tablet written by Randall Franks sits near there today. Carl was familiar with the area from having spent part of his youth on Missionary Ridge, and Dolly learned that that couples could get their marriage license and get married the same day in Ringgold.  Plus, she said, it sounded good: Ring-gold was a good place to get hitched.  Almost 50 years later, they’re still married.  Dolly is still very much in the public eye, and Carl, as always, doesn’t get out much. 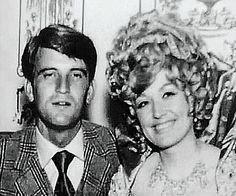 However, a few years ago Dolly told Cindy Sexton that she and Carl still feel a close connection to Ringgold, and Chattanooga, and visit the area “at least once every three years, around the time of our anniversary, on Memorial Day.”  As recently as 2012, she said they returned to Ringgold, and they’ve visited nearby attractions like Lookout Mountain and the Tennessee Aquarium.  Guess what?  You may have seen Dolly in these parts, but you didn’t know it.  She said, “People never know that we’re there.  We have a little RV camper that we travel around in. We stop and I’m not totally in my rhinestones. I put on a little makeup for my husband, I usually have my own hair, just put it up in a little scrunchy or something. But if you hear me and see me up close, you know it’s me.”

So keep your eyes open if you’re visiting Ringgold, or local tourist attractions, or even the local convenience store come May 30.  That pretty little woman without the big hair and the rhinestones just might be Dolly Parton.  She might be in line ahead of you buying some Slim Jims and a lottery ticket.  You never know!

She recently told People magazine that she and Carl will renew their vows. She said, “I’ll have a beautiful wedding dress, ’cause I didn’t have a big, long wedding dress when we got married, so we’re going to dress up and take a bunch of pictures.” 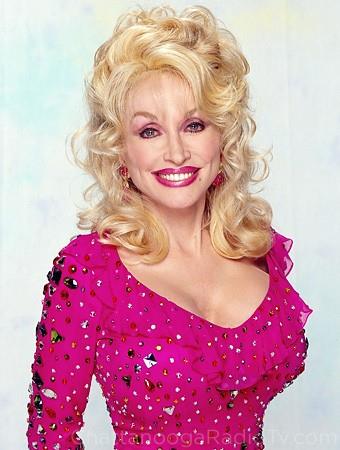 She plans to sell the photos and donate the proceeds to Imagination Library, which provides books to children. It will be interesting to see pictures of Carl, who has not been seen in public for decades. “He does not like all the hullabaloo,” she said. “But he’s always been supportive. I think he’s proud that we’ve been in it this long!”

She’s also proud of “Coat of Many Colors,” the NBC movie that dominated the ratings last December, and is a big hit on DVD.  It was so popular that a sequel, “Christmas Coat of Many Colors” will be on NBC this December. The previous cast returns, as Dolly’s life story, growing up in the Smoky Mountains of East Tennessee continues.  A third chapter, “Jolene” is said to be in the works for 2017.

Happy Anniversary Dolly and Carl.  Come see us next time you slip into our area. We’ll try to keep it hush-hush, but since everybody carries a camera these days, I can’t promise anything!