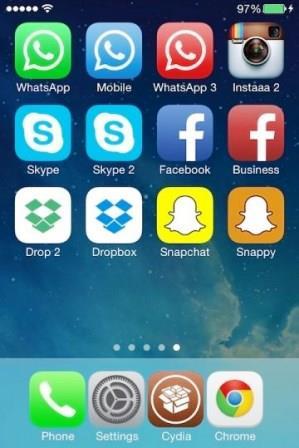 Also read: Find Pokemon, Pokestop, Gym Tracker App Apk for Pokemon Go. So what we do when we have to login into our second account. Typical process is that you need to log off and then log in with the second account and it is a very tedious process.

This post will bring this problem to an end for all those who have jail broken their iDevices and there are two new Cydia tweaks which allows you to duplicate or create a clone of your app. So read more to know about as to how to Clone or Duplicate an iPhone or iPad App using AppDuplicator & Social Media Duplicator Cydia Tweak With Jail Break.

So following are the simple steps which will tell the readers as to how to Clone or Duplicate an iPhone or iPad App using AppDuplicator & Social Media Duplicator Cydia Tweak With JailBreak:

Also apart from AppDuplicator there is another Cydia tweak which is called Social Duplicator and works on social media applications like Facebook, WhatsApp, Telegram etc. 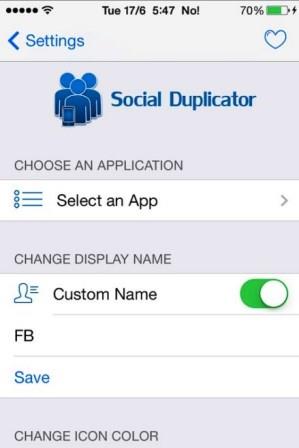 For installing Social Duplicator you needn’t add any repo to your Sources. It is available in the default Big Boss repo itself. The app will let you even change icons and give a custom name for your second set of social media applications so as to easily distinguish between them. But there is one disadvantage in this tweak that it is not free of cost. It will cost you $1.99 for this tweak.

So that’s it folks. I hope you found this post useful. Also go through the following interesting posts: