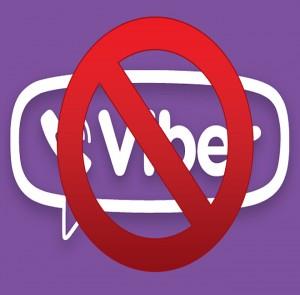 There are a lot of reasons that contribute to making Viber the most loved mobile messaging app of today.

And one of this, we would be discussing today.

Almost all apps provide the option of blocking contacts.

But there is one feature in Viber that would help you to get around the blockage if someone imposes it on you.

How do you know that you are blocked? Unfortunately, in viber, you cannot make out if a person has blocked you or not.

Viber likes to keep this a secret. After you get blocked, you can still see the person’s profile, update and even see the replies to them.

What Viber does is, it just does not deliver the messages to the person’s inbox.

The sender would be under the notion that the person has not answered your message. If someone does so for quite some time, you may infer that he has blocked you.

How do you get around it? Well, let’s be frank, there is no direct workaround to getting your self magically unblocked from the person’s id. It has to be done by the other person itself.

However, there are two ways you can get yourself seen to the person:

• Get a new SIM card and create a new account to re-add that person. However, you might be considered a stalker and chances are that you can be blocked this time around as well.

• The next way, is to take advantage of a small programming glitch within the app. The person who has blocked you will be able to see your messages when you are in a group chat.

So if you organize a group chat and get someone else to add the person, you can convey your message and try to salvage the relationship you share.

With Viber you have nothing to worry because there is no notification to show if the person has received or read your message.