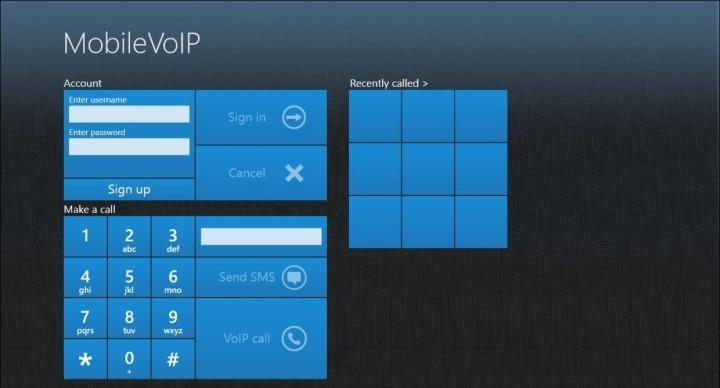 Windows 10 has become one of the most used version of Windows. It comes with many new features which also includes an app store from where the users of Windows 10 can download and install different apps. By allowing people to choose from thousands of apps, Microsoft went a step ahead by offering all the popular and famous apps on your personal computers.

One of the most used category of apps by any computer user is the VoIP apps. VoIP stands for Voice over Internet Protocol. It allows the user of such app to communicate with their friends and family over the Internet using their voice.

Mobile VoIP is a free app on Windows store. It allows free and cheap calls to other Mobile VoIP users, landline and mobile phones. It has a simple interface so the users can operate is with ease, all they need is a working microphone and speakers. 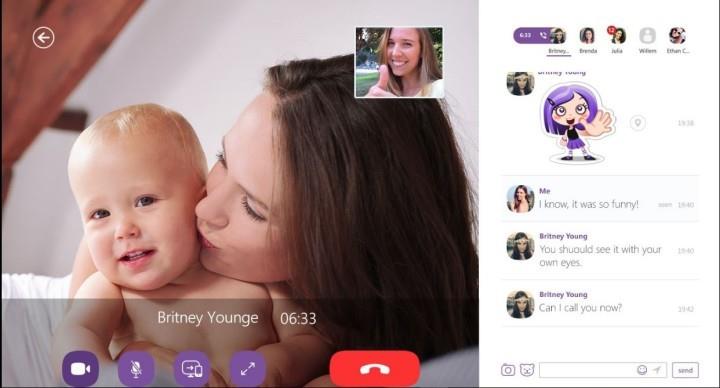 Viber was initially launched as a mobile app but now it is also available in Windows 10 app store for download. The only drawback is that it is required to be installed on mobile before it can be used on Windows. It Syncs with your Viber account and offers a wide range of services. Viber offers to send instant messages whether audio or text. It also allows the users to voice call to other Viber contacts over the internet.

Viber also offers Viber out service. Viber out service allows you to place calls to mobile phones and landlines at very cheap and affordable rate, these rates start from 1.9 cents per minute. These rates depend on which country you are calling. Viber is also updated frequently so the support from developers is really good. 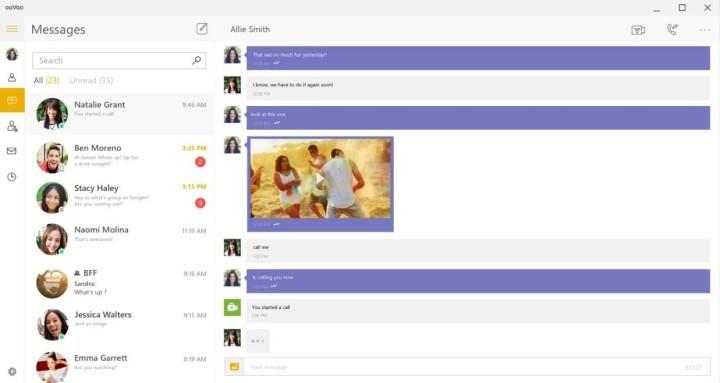 OoVoO is an instant messaging, Voice and Video calling service. OoVoO has all the latest features of a VoIP the features that distinct it from others are as follows; 12-way video and audio conferencing which allows as many as 12 people to talk simultaneously to each other. It is available in Windows 10 app store and it can also be accessed on your internet browser thorough internet which allows easy access.

OoVoO allows to send and receive files over the app messaging and can share screen over the app. OoVoO offers cheap rates for calls on landline numbers. A very interesting feature is that the users can connect landline calls to the VoIP calls in a conference call. 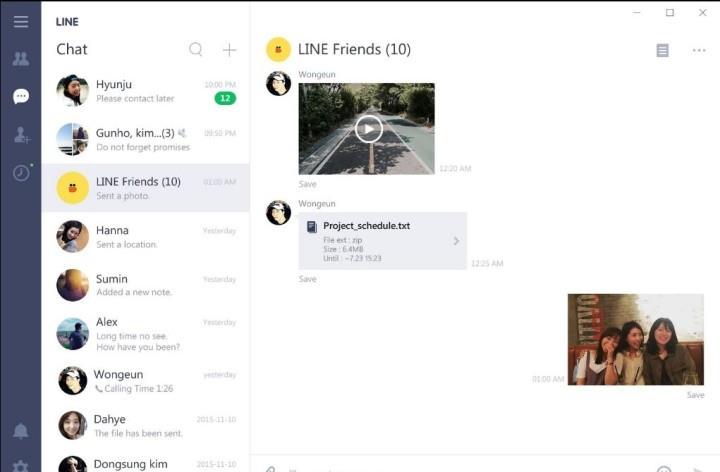 Line is one of the top VoIP apps on Windows 10 and it allows the users to instant message and voice as well as video call over the internet.

Users can add contacts through their phones and sync them with their Windows 10 Computer. And then simply text or call through one push of a button. LINE app also features a timeline to update statuses, images or sticker to show the current mood of the user. It also lets the user to send and receive pictures and hundreds of sticker to make chat more interactive and fun. 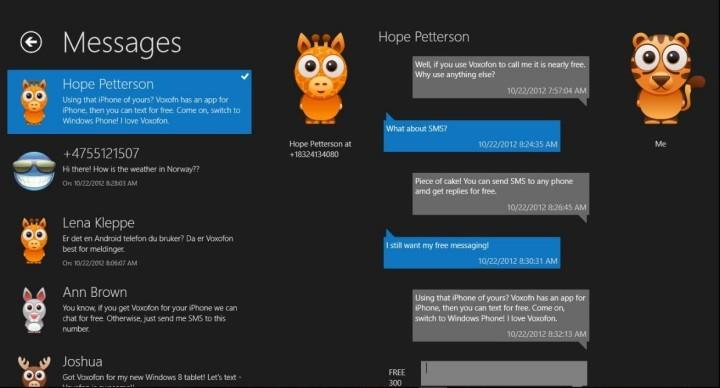 Voxofon is one more VOIP app that is available on the Microsoft Store. You and the person you want to talk to need to have the Voxofon app in order to use it. You can also use this app to make calls to someone else who has a landline phone or a mobile phone. But for doing so, you need to have enough credits which you will need to purchase. 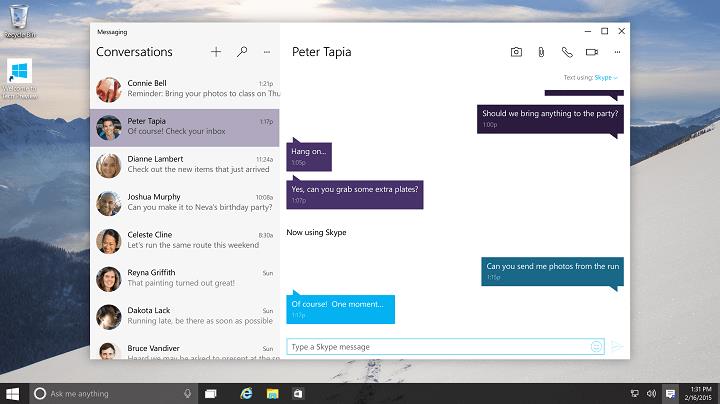 In this race of technology and moreover in VoIP software, Skype was the first to enter. Skype offers free skype to skype audio calls, free video calls and even group audio and video calls. Apart from this skype also offers instant messages whether audio or text based. Skype also allows the users to share, pictures, audio files and even documents through attachments.

Moving towards the advanced options skype deals with call forwarding, sending SMS messages to mobile phones, caller ID, skype number, calls to landline and mobile phones and video conferencing. But for these services user has to buy Skype Credit or subscribe to any of the proposed plan.

In new update of Windows 10, Skype has been integrated inside Windows 10 making it the primary app for voice call, video call and messaging. Skype allows to save contacts in its contact book and lets you call or message instantly through call or messaging app. 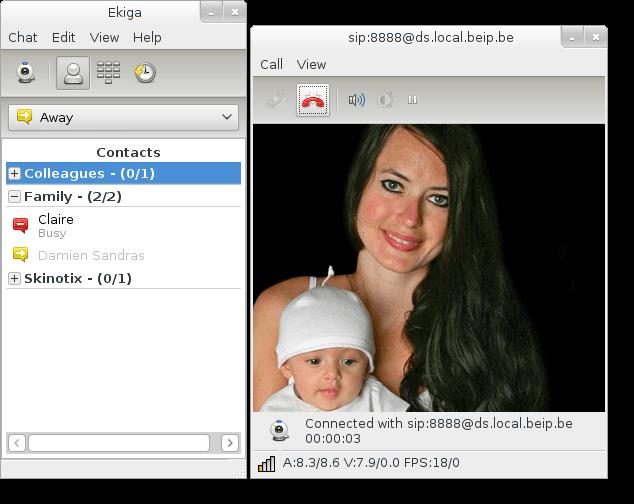 Gnome Meeting was the previous name for Ekiga. It is a free, open source VoIP software. it has all the features of a VoIP and supports almost all of the most popular internet telephony protocols. It also allows the users to message, video conferencing, call holding, call transfer and forwarding. 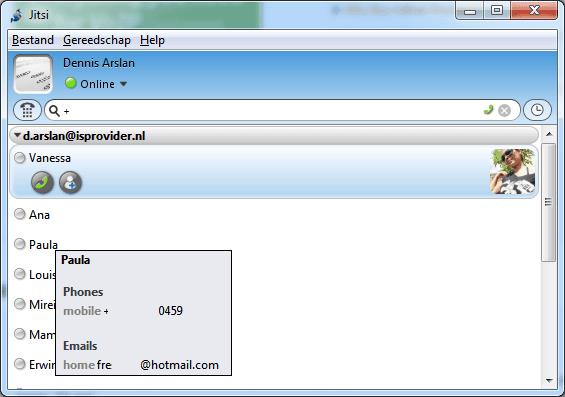 Jitsi was previously known as SIP Communicator. Jitsi is a free and open source program for instant messaging and VoIP. It is a Java based software and is supported with many operating systems. 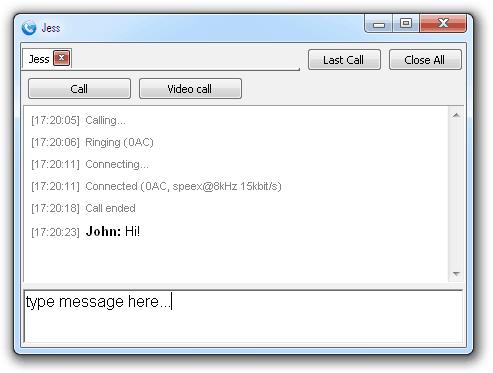 This software offers portability to the user and is open source software for making calls using the SIP protocol. It can be stored in a USB and can be transferred into any computer with all of the user’s configurations. Micro SIP is a very lightweight software which does not use much resources of the system it is used on. 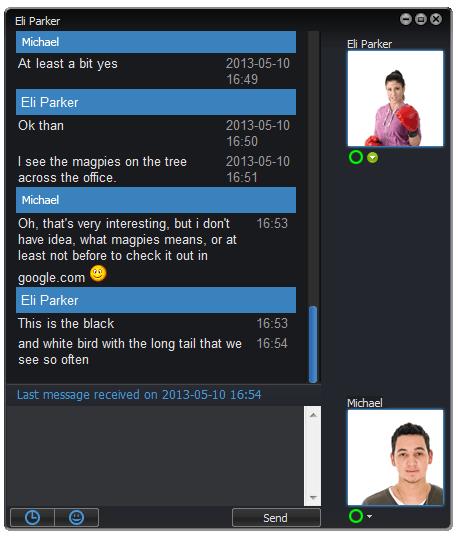 ZioPer is VoIP software for windows which is free and very cheap on premium rates. ZoiPer is a multipurpose VoIP which performs many functions. It features voice calls, video calling, instant messaging, fax and presence. All in one compact software.

ZioPer looks everywhere for your contacts on your windows 10 and it combines them in one list for easy access. Alongside these features ZioPer also shows the caller ID. And it is a very lightweight software which has the minimal impact on your computer. 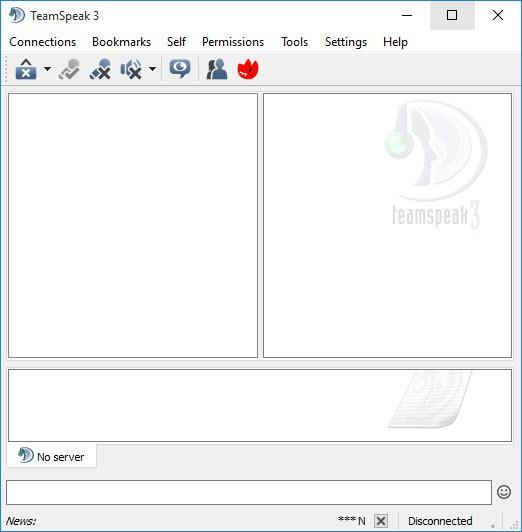 TeamSpeak is a VOIP client that has the capability of working for normal users as well as people who want to host it on a server. This program is mostly used by gamers because of the ease of usage that it provides to be in touch with their teammates while they are in-game. You just have to download the TeamSpeak client, connect it to a server or an IP that you have and you will be able to communicate with everyone on that server or client IP via voice or text.

(READ ALSO: How to Use Skype for Windows 8, Windows 10: Add Contacts, Make Voice and Video Calls) 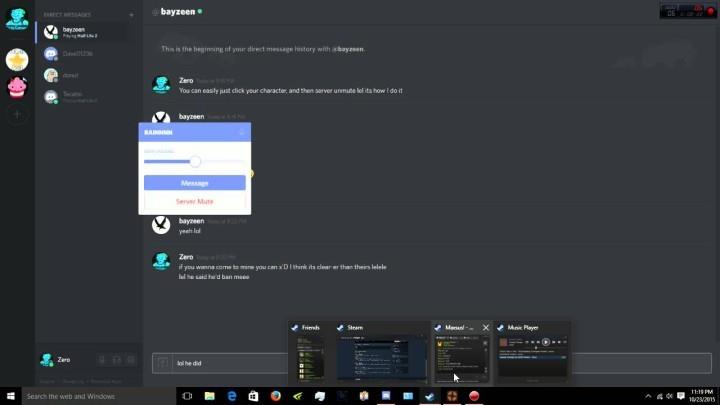 Discord is a relatively new VOIP app and it is making buzz amongst people who game frequently as it comes with a really nice intuitive interface. You can download Discord, make an account, create a server and start adding people to your channel to connect with them. This also has a web client that you can use and it needs no downloads at all.

All of these apps are the most famous apps which are offered on Windows 10. They provide the best quality calls and messaging service over the internet. These apps provide the cheapest way of communication for the people who wants to talk and communicate with their friends and family all over the world using the internet.