I’m not surprised how moved I am by the passing last week of Neil Armstrong. I was 5 years old when he and Buzz landed on the moon. My father was in the Strategic Air Command of the United States Air Force. We lived across the street from SAC HQ. We lived airplanes. To us, going to the moon was a really long airplane flight we could watch. And we watched every minute.

My parents bought me the special edition of Life magazine dedicated entirely to the Apollo 11 flight. I must have read every word and gazed at every picture one hundred times.

Many years later, I lived in Moscow, Russia, where I worked as a designer at an advertising agency. One day in 1993 I walked across the street to one of my favorite stores, the huge “Moscow Book Store” on Kalinin Prospekt. (I am happy that Google Street view shows me the store is still there — thank you, Sacha Arnoud and team Google.)

I went to the front desk behind which were kept the big color books and posters. A friend had told me he’d seen a copy of an original El Lissitzky “Red Wedge” poster there, and I was beside myself with the excitement of finding such a historic treasure. 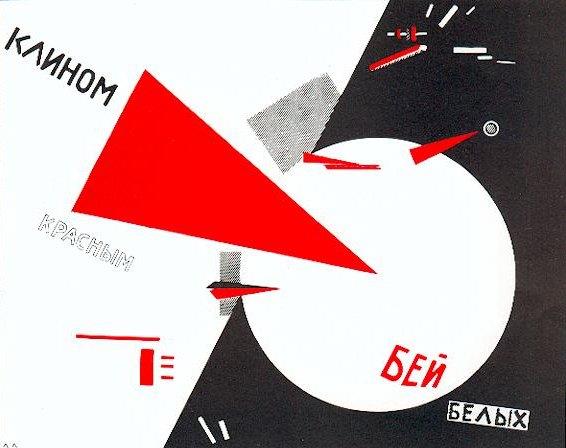 But as I gazed past the shopkeeper towards the shelf, I saw something even more surprising. There was a huge book with huge title MOON written in English. I was taken aback; what was that doing here?

In my third-grade Russian, I asked the shopkeeper if I might take a look. She put on gloves, gently pulled the book out of its place, and rested it on the glass counter. It was massive. 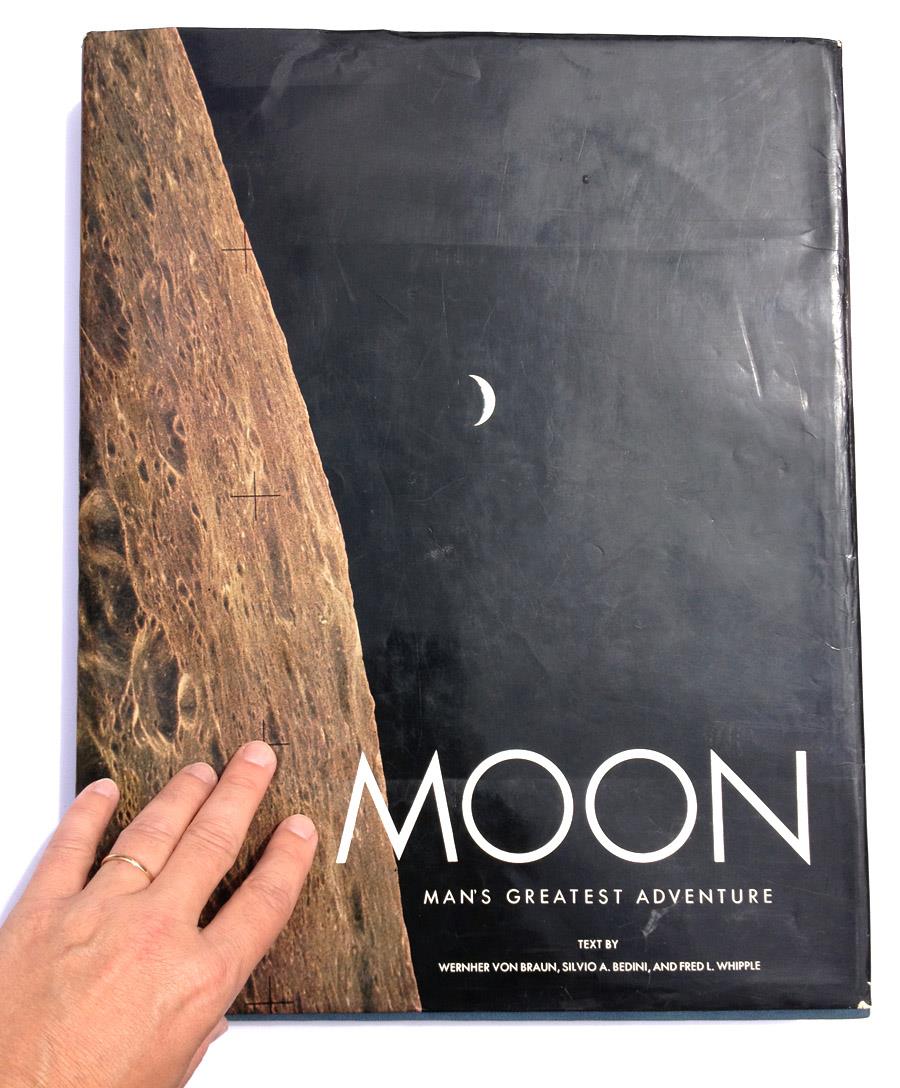 As I reverently opened the book, I was captivated: there were the same images I’d seen so long before in Life. “How much do you want for this?” I asked. 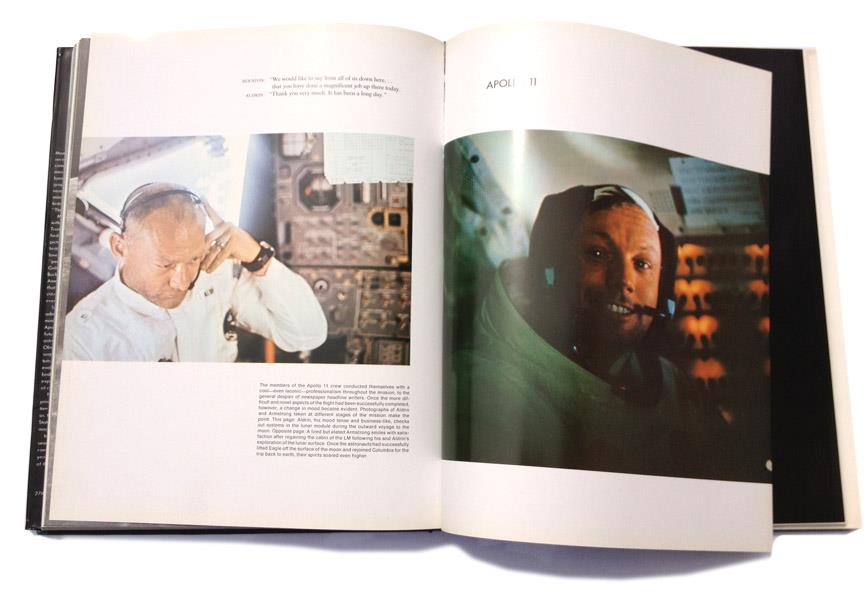 The shopkeeper took a look at the book then a look at me. Then another look at the book. “That’s one hundred thousand Rubles.” She said. At the official exchange rate that was just over $100 US. An enormous amount of money in those days, but then it was an enormous book. (And I was doing everything I could to keep the shopkeeper from seeing that my head was about to explode from the adrenaline rush of having found such a thing in such a place.)

“Can you pay one hundred twenty thousand?

I ran to my apartment two blocks way, grabbed a stack of Rubles and Dollars, and ran back.

She was still there. The book was gone.

“Where is the book?”

“Where is the money?”

She pulled an enormous brown paper package out from under the counter. “I hope you enjoy this. It came from one of our own cosmonauts. It was a gift from one of yours.”

I thanked her. I ran back home. I tore open the paper to examine my prize. Imagine my surprise when I opened to the title page. It was signed. 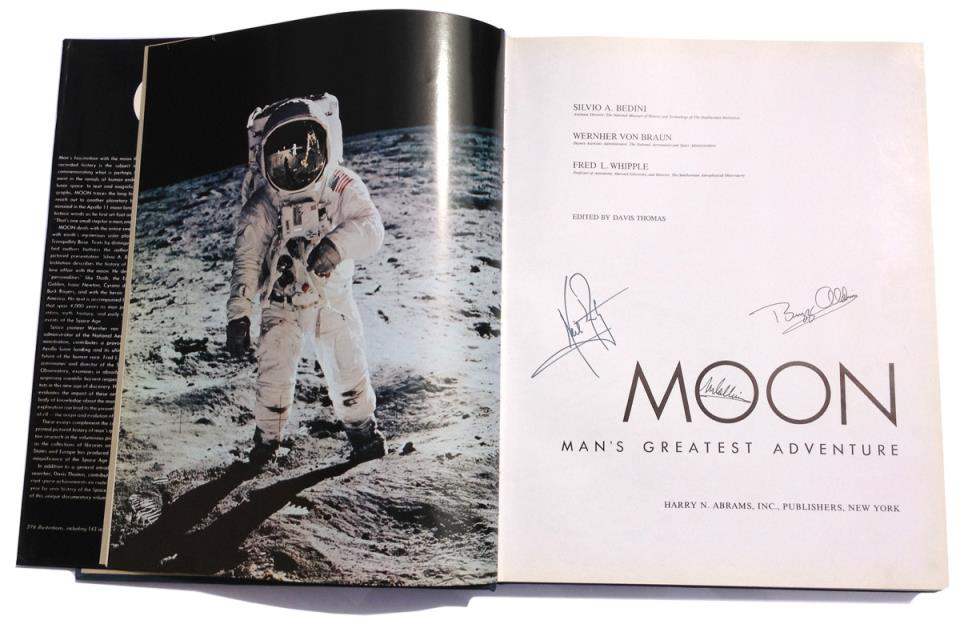 Neil, Buzz, and Michael: I have no idea to whom you gave this incredible gift, and I am heartbroken that whoever it was felt compelled to hock it. That I could bring this gift back home and share it with my friends and family is a wonder.

That it still moves me to tears is the real gift. 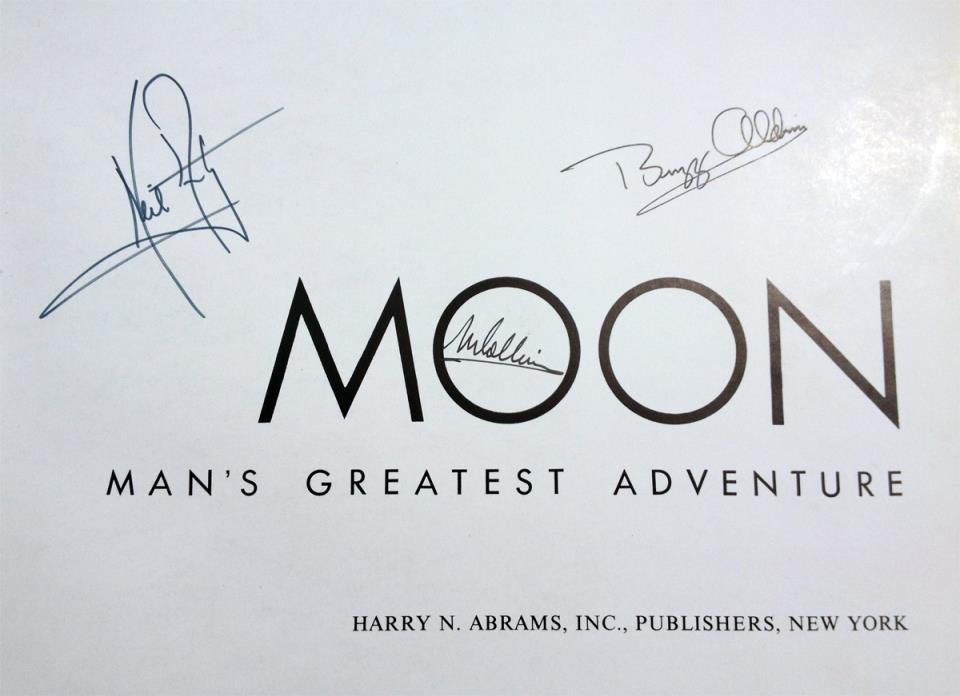 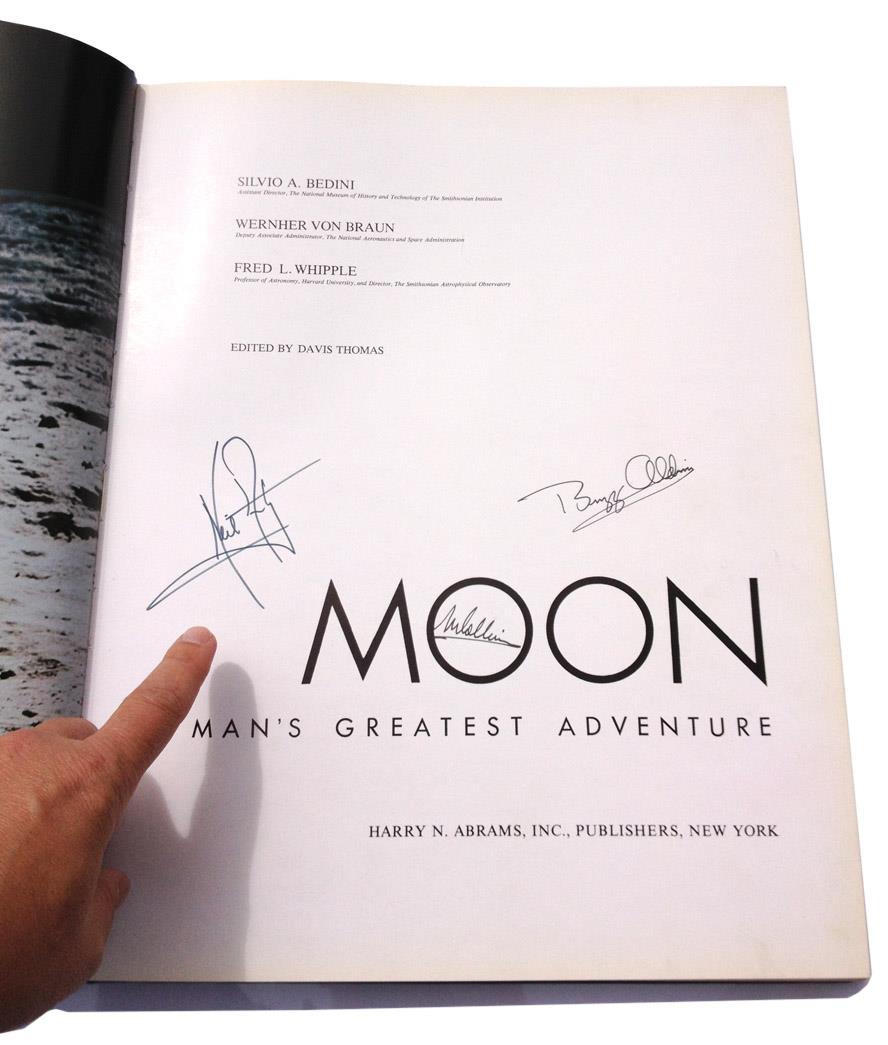