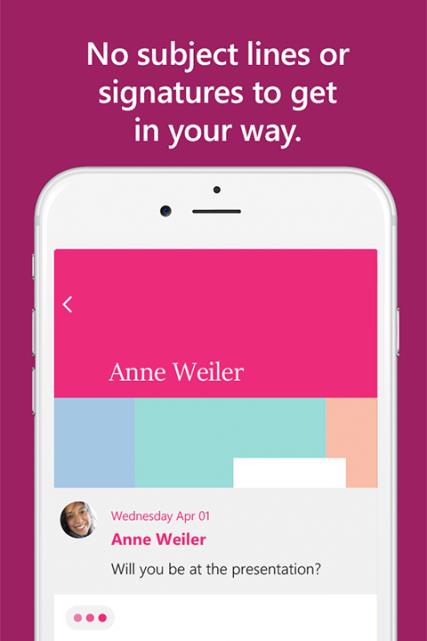 A while back, you may have seen Adam Doud’s article “A weekend with Allo: When tech geeks unite!” where a bunch of us tech geeks used Google’s new instant messaging app Allo to keep in touch while wandering New York City. I didn’t use it though because my newest Android phones either won’t turn on (HTC One) or don’t have any non-WiFi active internet access (Moto Z), and they all have crappy cameras compared to my Nokia Lumia 1020. So if anything important was decided, someone else would email me or call me. Having to switch our tech geeks group from communicating over email (which was working great) to Allo instant messaging (which isn’t platform agnostic at all), reminded me of the old days when instant messaging was new and actually had a reason for being.

Back in the 90’s we had the advent of “instant messaging” programs. This was necessary on the public internet since electronic mail was largely a “pull” experience meaning the software on your PC had to periodically go out and check for messages. The messages didn’t just appear right away (“push”) as they do now. With “instant messaging”, we could have a little program running on the PC at all times (or while connected to dial-up) and whenever someone sent a message, it would pop up right away. ICQ was one of the first and most popular instant messengers at the time. AOL had an instant messaging function but that was only for AOL subscribers. Eventually they opened that up to anyone for free with the AIM software and that competed a lot with ICQ. Then Microsoft made one too called MSN messenger, which actually allowed you to send messages to AOL users as well. This was awesome news since having all of these incompatible instant messaging programs was a real hassle.

I had one friend who would exasperate the annoyance of running multiple instant messaging programs by starting a conversation on AIM, then replying on MSN, then replying to my reply on ICQ. Many of my other friends dreamed of a world where you only needed one Instant Messaging program and anyone could contact you. The Internet Engineering Task Force actually tried to develop an open-source platform agnostic instant messaging protocol. They founded the Instant Messaging and Presence Protocol Working Group in 1998 which worked to create the Extensible Messaging and Presence Protocol. This would have been great! The protocol was actually implemented by MSN Messenger, Google Chat, Jabber, AIM and Facebook Messenger at one point or another, but EVERYBODY has dropped support for the protocol (except maybe Jabber), and still none of the instant messaging programs are cross-app-compatible.

Transferring text-based electronic messages from one person to another

But Instant Messengers are easier than Email

However, is there any reason why an email client couldn’t be made to sort emails as conversations and instantly load new messages into a conversation thread as you’re looking at it? No there isn’t, and Microsoft Send actually does (or did) that with Office 365 Business accounts. UPDATE: Hop Mail also does this really well! Getting that to work with other email accounts and servers should be pretty trivial. Tech support systems already do that kind of thing with tags in the subject line. 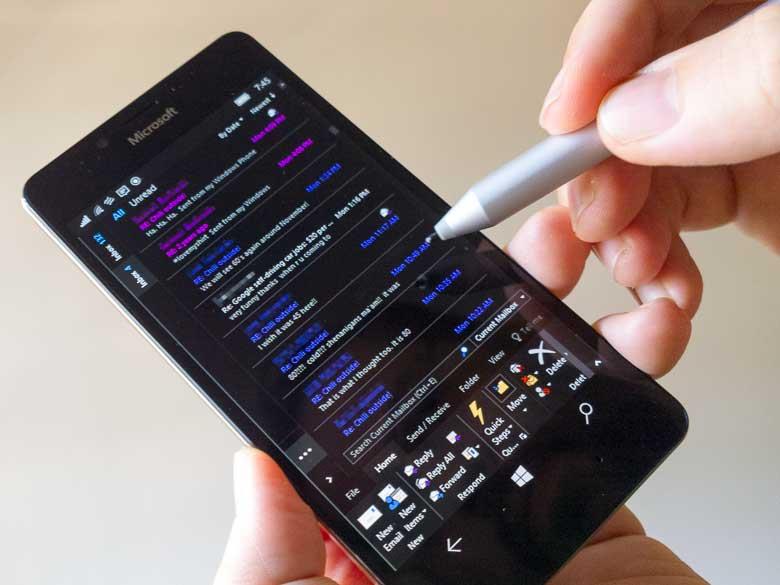 How do you deal with spam?

Emoji and Stickers are fun!

Do you really want your personal phone number out there?

Email will probably be around forever 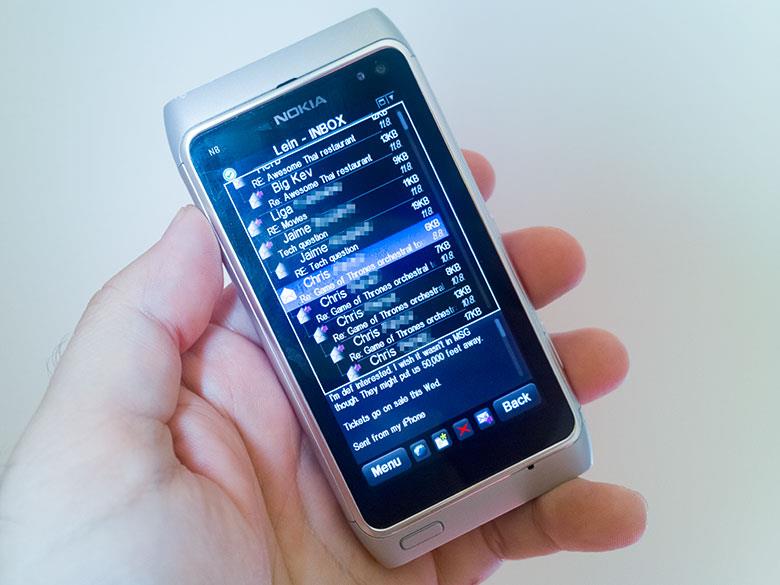 What about SMS/MMS texting?

Today, there’s a heavy interest in being able to send and receive SMS/MMS messages on desktop PCs, tablets, and laptops. Apple has a feature called Continuity that lets you do that via iMessage apps on your Macs & other iOS devices logged in with the same Apple ID. Microsoft has SMS sync and relay built into their new Skype Preview app on Windows 10. Google has SMS capabilities in the Google Voice service that’s accessible from any browser. Back in 2005, we had PC apps for Windows Mobile that let us connect to the smartphone and send/receive SMS as well. All of these hacks to get SMS on more internet-connected devices seem a lot like how email has already been working the whole time. To this day, none of those SMS sync services work between platforms though. I can access my email conversations from practically anything that has internet access by (in many cases) simply typing my email address & password into the email program built in. And since I’ve set my Google Voice phone number to forward all text messages to an email account, I can reply to those from any internet-connected device too. It really makes SMS feel unnecessary and extremely obsolete… as long as I’ve got internet access. SMS still shines in those areas where GSM may have reception, but the data connection does not. Those no-internet situations are becoming far less frequent though, and SMS conversations have remained far less manageable and far less capable than email.

The bottom line is, we don’t really need a gabillion different ways to send text-based electronic messages to each other. What we need is a single standard that everyone can communicate on and some more customizable/flexible ways to send and manage those messages. Maybe you want a messaging program that sorts your messages in a chat window with blue and green bubbles and a cute background image. Maybe I want a messaging program that puts all the incoming messages in an “Inbox” folder where I can color code everything with categories and hit the flag button to add them to my task lists or write macros that auto-respond to specific keywords. The interface I like and the interface you like shouldn’t interfere with our ability to send text-based electronic messages to each other!

There seem to be a lot of people and companies that want to replace your open electronic internet communications with their own proprietary systems that lock you in to a particular service. If you’re overwhelmed with email, it might be because you haven’t learned how to take advantage of some of the great management features out there. One of the best ways to get a handle on your email is to keep separate accounts for separate uses. My email account that only friends & family know about is completely noise free. That’s where my priority conversations are and it works on everything that has an internet connection.

A clever developer could probably collapse the whole instant messenger market by designing a platform agnostic email client that supports all the things email does already, but adds a more chat-like experience interface. Stickers, emoji, backgrounds, etc. could all be easily added as HTML embeds. Conversations could easily be organized with subject or header tags. Then some open-source standard-API server extensions could be added for things like read-receipts and presence sharing so that all email servers could be updated with IM-like capabilities while maintaining backwards compatibility with all existing email programs. We did it with the world wide web and HTML standards compliant browsers that can load any website. Why can’t we do it with electronic text-based communications?